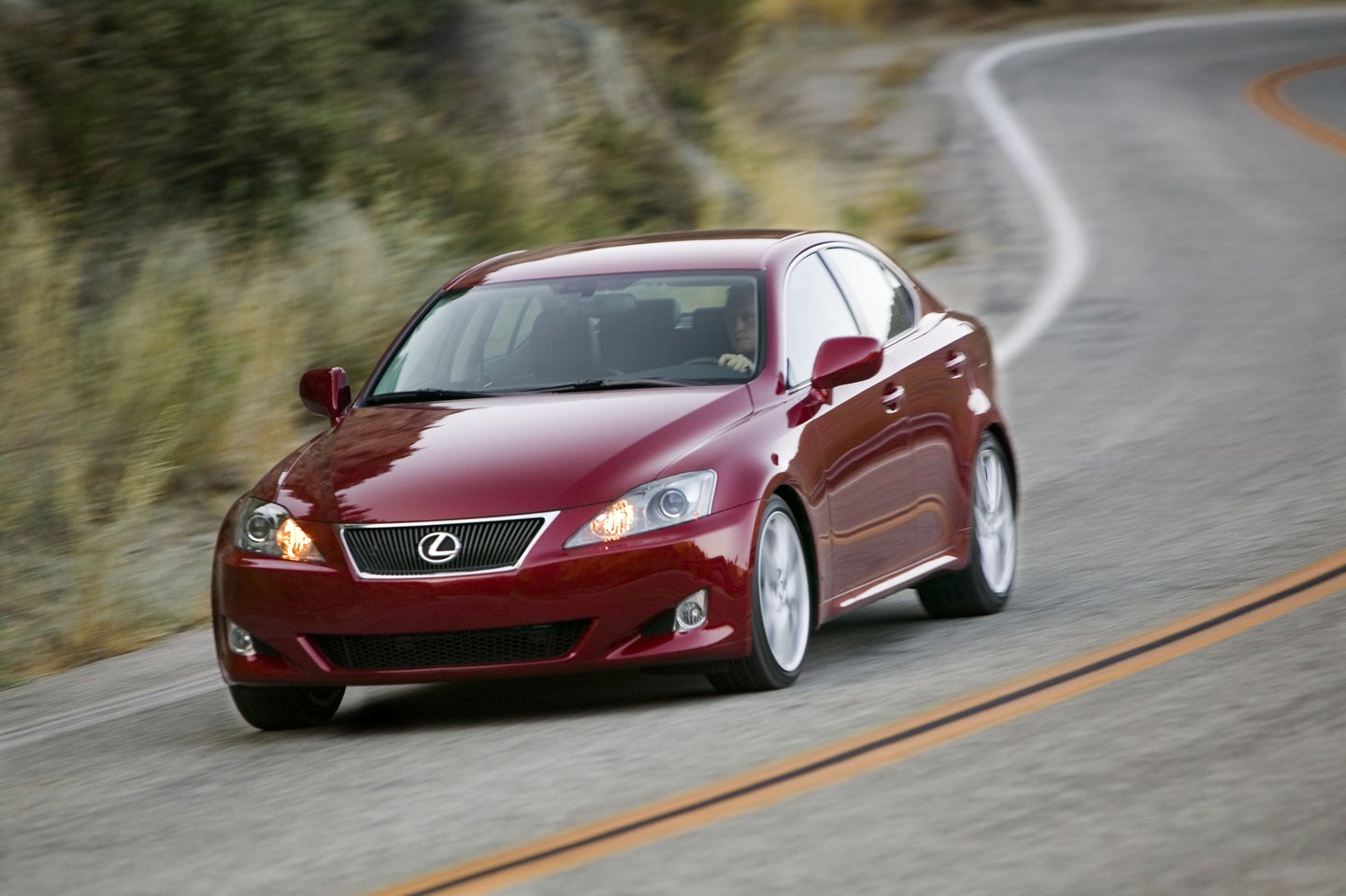 Toyota Motor North America, Inc. announced that it is organizing a safety recall involving Lexus IS and GS models due to the possible risk of a fuel leak which may lead to a fire.

The affected vehicles are those equipped with a certain 3.5-liter V6 gasoline engine. The notice specifically states that “The diaphragm material in the fuel pulsation dampers in this engine may harden over time and crack, causing fuel to leak. A fuel leak in the presence of an ignition source can increase the risk of a vehicle fire.”

As part of the recall procedure, Lexus dealers will replace the fuel delivery pipe with a new unit with improved pulsation dampers at no cost to the owners for all recalled vehicles. Toyota will initiate the process by notifying owners of those vehicles of the recall by first class mail, sometime in early August.

Toyota says, “Information about automotive recalls, including but not limited to the list of involved vehicles, is subject to change over time.“ But if customers would like to obtain the latest safety recall information on Toyota, Lexus. or Scion vehicles, they are requested to check their vehicle’s status by visiting Toyota's recall webpage and enter the Vehicle Identification Number (VIN) manually. You can also make a safety recall inquiry by individual VIN via the NHTSA website.

And that’s just the base price.

Almost 43,000 Smart Cars Recalled by Mercedes-Benz in the U.S.

So far, 27 cases of engine fires in the cars and one injury have been reported.