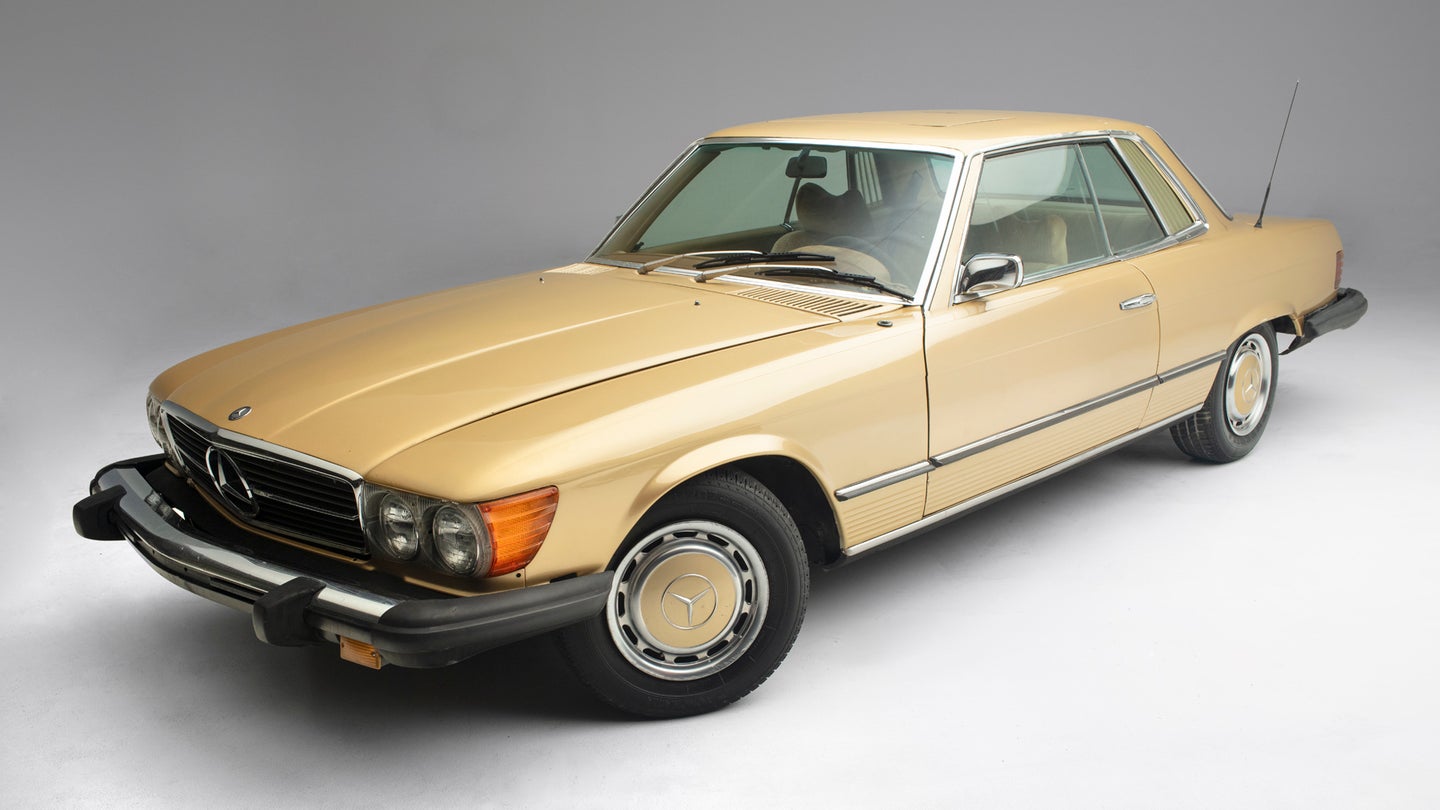 Elvis Presley's personal 1974 Mercedes-Benz 450 SLC and one of his last motorcycles will be sold at auction later this month, where they are predicted to sell for as much as $300,000 combined.

The SLC was Mercedes' Malaise-era personal luxury coupe, sold in the United States from the 1972 to the 1980 model years. The 450 SLCs featured 4.5-liter V8s which, on account of their early emissions equipment, made a paltry 190 horsepower and 240 pound-feet of torque, which were barely enough to move these 3,625-pound behemoths when paired with their three-speed automatic transmissions. But still, it was a Mercedes, and that's why Elvis had to own one.

According to this 450 SLC's consignor Julien's Auctions, this gold Mercedes was regularly parked out back of Presley's Graceland estate. It was apparently the car he'd drive when he felt like going incognito—relative, of course, to his other cars, which included the likes of a BMW 507 and a stretched version of the already-gargantuan Lincoln Continental.

After Presley's premature passing in 1977 at the age of 42, this Mercedes reportedly passed into the hands of Presley's personal physician, the controversial Doctor George C. Nichopoulos. Known to many as just "Dr. Nick," many Elvis fans believe the doc played a role in the rocker's early demise due to his overprescription of powerful drugs, for which he lost his medical license in 1993. The ex-doctor eventually ran into money troubles and sold off much of his Presley memorabilia, presumably including this Mercedes, which has been in the custody of another owner since (if not before) Nichopoulos's passing in 2016.

Both this Mercedes and a Presley-owned 1976 Harley-Davidson will cross the auction block at the "Icons & Idols: Rock 'n' Roll" sale on Oct. 25 and 26, which will be held at the Hard Rock Cafe in New York. It may not be the world's nicest Mercedes, but it's certainly an interesting piece of American pop culture history—does this piece of Malaise metal have you All Shook Up?

Think of the starving children, Kylie!