When you make your younger brother a promise, you keep it, even if death divides you first. 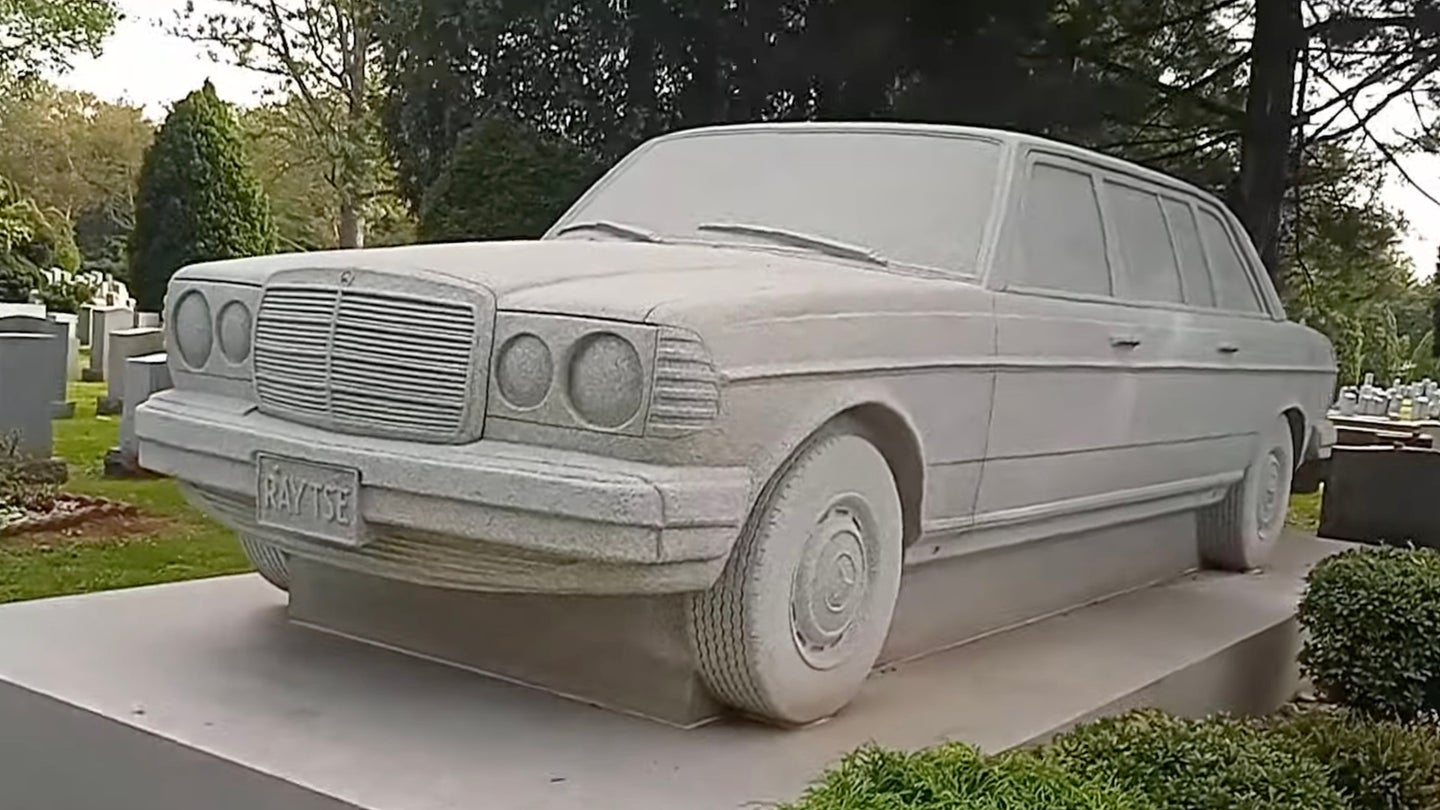 A Mercedes-Benz is more often the means of transport to one's final resting place than the marker thereof. Yet in Rosedale Cemetery outside Newark, New Jersey, a carved granite Mercedes marks the resting place of a young car enthusiast who tragically passed away before he could get his license—and before his big brother could fulfill his promise to buy him his Benz.

Documentation on the history of this famous tombstone is wildly inconsistent, but it agrees that this automotive monument stands to one Raymond Tse, a Chinese-American who as a teen aspired to one day own a Mercedes according to Mausoleums.com. His wealthy elder brother, David Tse, is said by Weird NJ to have promised to buy him one as soon as he got his driving license, which Raymond would have sought after returning from studying as an exchange student in Hong Kong. Unfortunately, Raymond passed away while overseas in early 1981 at age 14, either from an illness sometimes specified as pneumonia or a car crash, and his remains would be sent homeward to be interred at the family mausoleum.

Distraught, David decided he'd keep the promise he made to his lost brother and commissioned a full-scale monument to Raymond modeled after the Mercedes he would've bought him. David had custom headstone manufacturer Rock of Ages carve out a replica of a 1982 Mercedes-Benz 240 D (W123) accurate to the smallest detail, down to the tire tread and screws holding on personalized plates reading RAY TSE. The stonemasons were careful, however, to leave off the car's hood ornament and mirrors, which they were concerned could break. The whole thing was reported in a story from The Central New Jersey Home News archived on Find a Grave to have cost David up to $250,000, or adjusted for inflation, $773,000 in today's money.

Because of the scale and detail of the project, the Mercedes reportedly took a trio of stonemasons 17 months to carve out, meaning it couldn't be installed behind the Tse family mausoleum until August 1983. David was rumored to have visited the site every single day, and according to Rosedale Cemetery's website, he passed at age 67 in April 2020. The symbol of his devotion to Raymond, however, will outlast the siblings by centuries, with one of the craftsmen who made it remarking in 1983 that the granite Mercedes "should be there a thousand years."

These Mercedes-Benz Hearses Look Like Cars From a Pixar Movie

Ignore the fact that a Pixar movie to feature a hearse would be hella dark for a moment and tell us this doesn’t belong in one.