One of the exciting features of the Ford F-150 Lightning is that it comes with the ability to power a home or even charge other EVs. Ford are apparently keen to make the most of this feature, going as far as including an adapter for charging Teslas, as reported by InsideEVs.

The news comes to us from the Lightning Owners forum, where a poster named PipeFitter52 reported the surprise inclusion with their new F-150 Lightning. The adapter is a small device that accepts a J1772 plug such as the one on Ford's portable charger, and adapts it to the unique plug design used by Tesla vehicles. Thus, with the Ford Mobile Charger hooked into the Pro Power Onboard power supply in the back of the F-150 Lightning, it's possible to charge up a Tesla that may be stranded with a low battery.

Interestingly, hooking up the Ford Mobile Charger to the Lightning's onboard 240 V supply requires an adapter in itself. This is to allow the NEMA 14-50R plug to connect to the NEMA L14-30P 240 V outlet in the back of the truck. Factory documentation notes that this adapter is not supplied, though PipeFitter52 noted that one was helpfully included with their vehicle.

The Pro Power Onboard can put out 240V at up to 9.6 kW, which is more than enough to allow the Ford Mobile Charger to run at a 7 kW charge rate. That's good for around 20 miles an hour, so it wouldn't take too long to boost up a dead vehicle with enough juice to get to a proper charging station. Amusingly, the truck can even be set up to charge itself, though losses through the charging process means that this will run down the battery rather than giving you infinite mileage.

Speaking to Ford, a company spokesperson noted that the aftermarket adapters were included with the first trucks shipped out to allow Lightning owners to "lend a hand if needed." While some suspected the move to be "trolling" Tesla, that's not the official position. Ford CEO Jim Farley stated that the included adapters to charge other vehicles was "Not trolling. Just helpful."

It's probably not going to be a permanent inclusion, but it's a useful thing to have in the back of the truck. For a few bucks in adapters, Ford has found a great way to get the word out about its vehicle-to-vehicle charging capability. Whether it's a tired Model 3 or any other car with a J1772 port, the F-150 Lightning with the Pro Power Onboard will be ready, willing and able to deliver the juice. 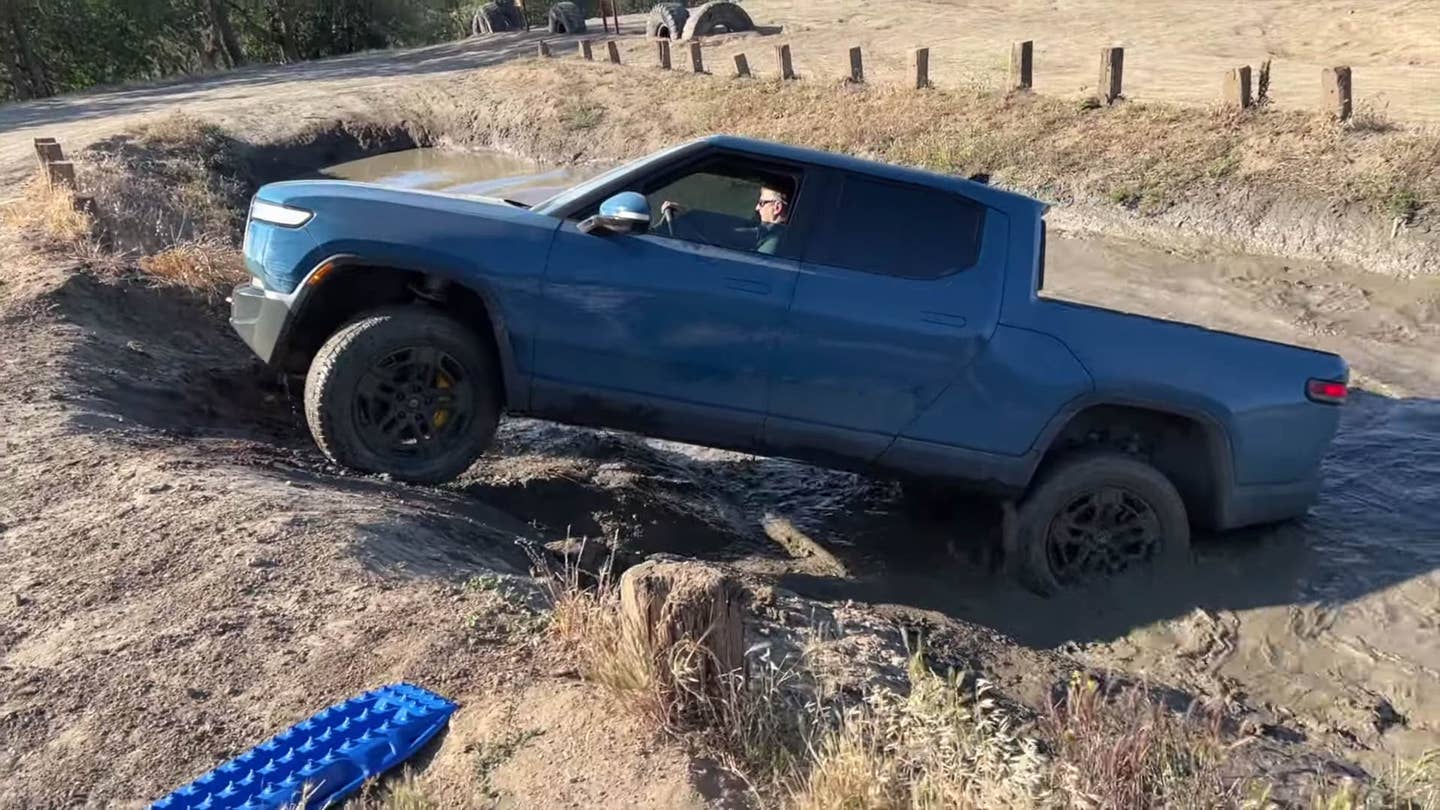 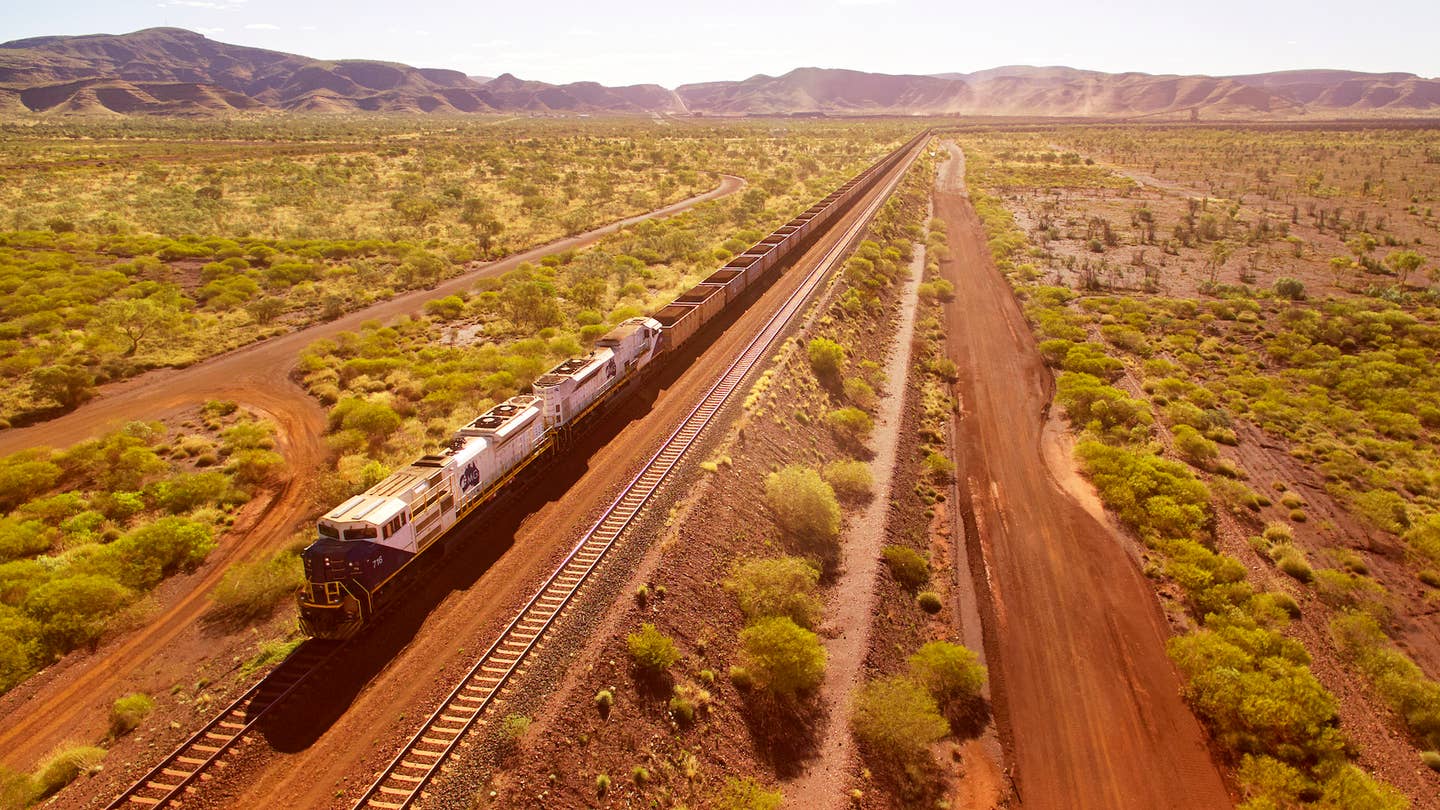 How Electric ‘Infinity Trains’ Could Run Forever on One Initial Charge

They’re being developed by the specialty engineering spinoff of an F1 team. 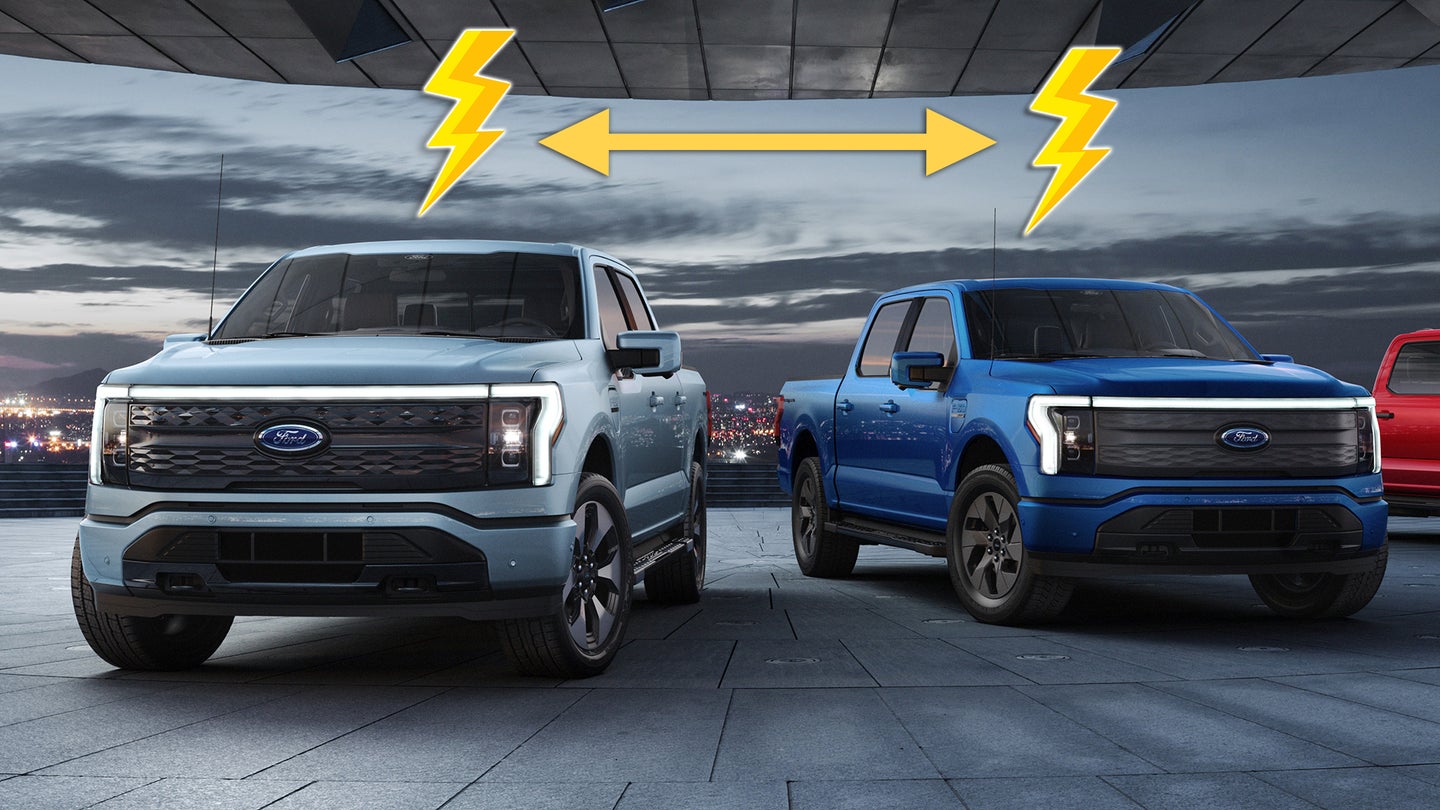