I spy a little…

Car manufacturing can often come across as a cold and calculating task, but sometimes designers are able to stick in little nuggets and nods to the vehicle's heritage out of plain sight, setting itself apart from the dishwasher in your kitchen. Furthermore, they add a nice personal touch that helps it connect with people.

Exhibit A, or rather, Exhibit F—is this very patriotic Easter egg hidden on the all-new 2021 Ford F-150's interior pointed out by Ford communications manager Mike Levine on Twitter. Can you see it? Don't worry, it took me a few seconds too.

Also, can we take a moment to marvel at how gosh-darn tough that brushed metal trim looks? It looks like it was put together using spare parts from some medieval cage used to house dragons and other dangerous, mythical beasts which certainly isn't a bad thing given the F-150's popularity as an out-and-out work truck.

Naturally, most of this Ford pickup's other quirks are fairly more functional than a mini U.S. flag stuck on the side of the dash. Its SYNC4 infotainment system is capable of receiving over-the-air updates, it comes with an onboard generator, functional grille shutters, Max Recline seats you can sleep in, and a gear selector that folds down flat for when the inside of the truck needs to serve as a mobile office. 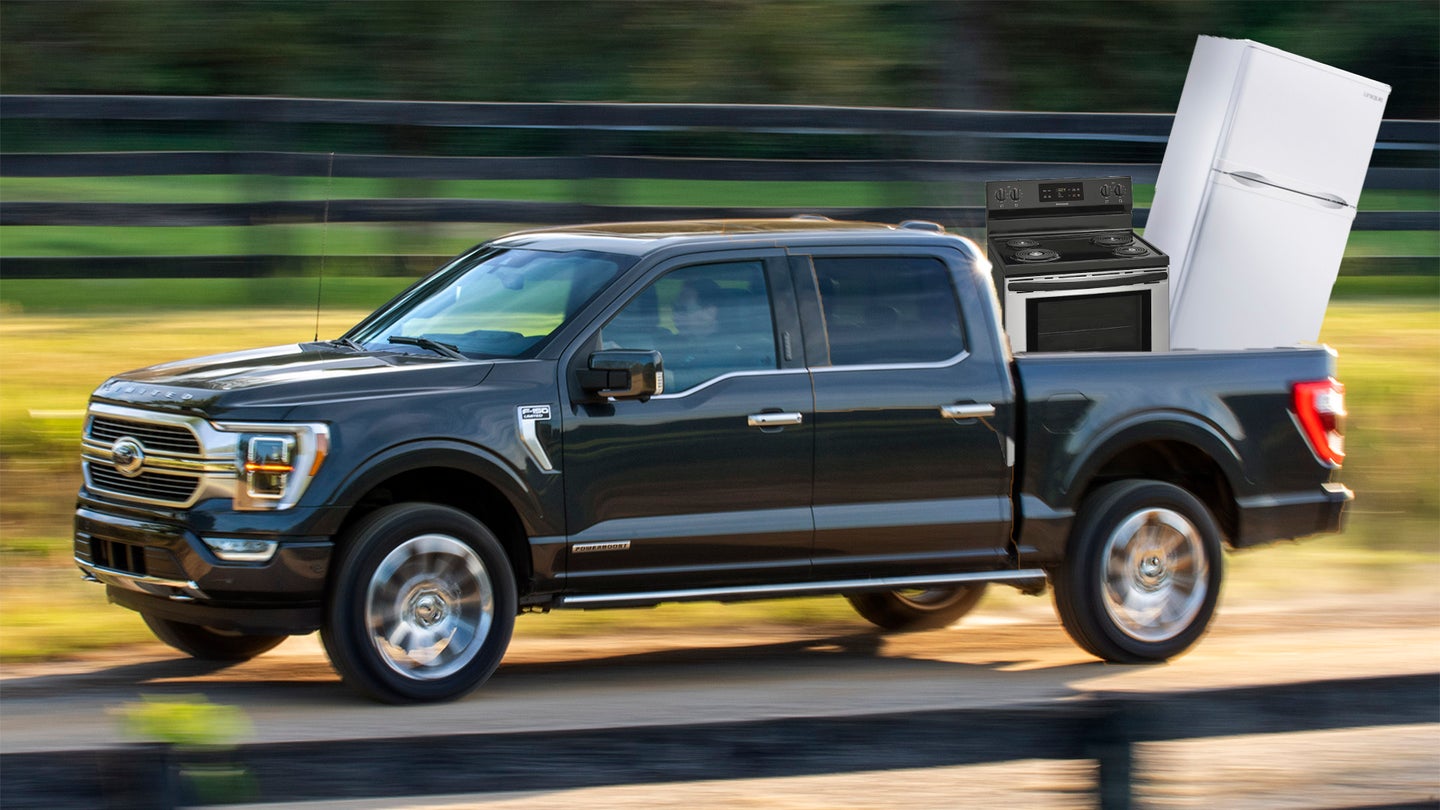 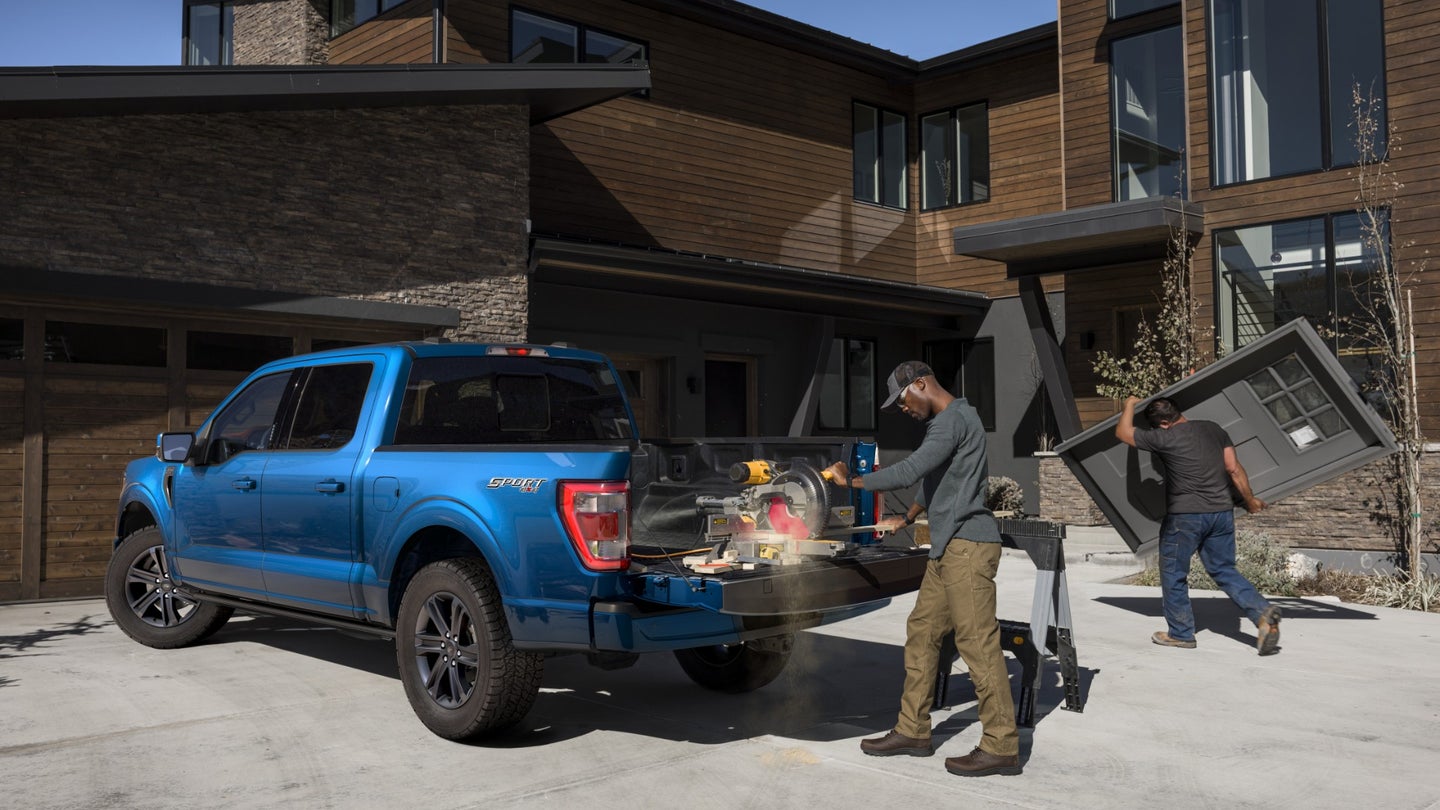 The latest version of Ford’s iconic truck features over-the-air updates and can even be used as a generator. 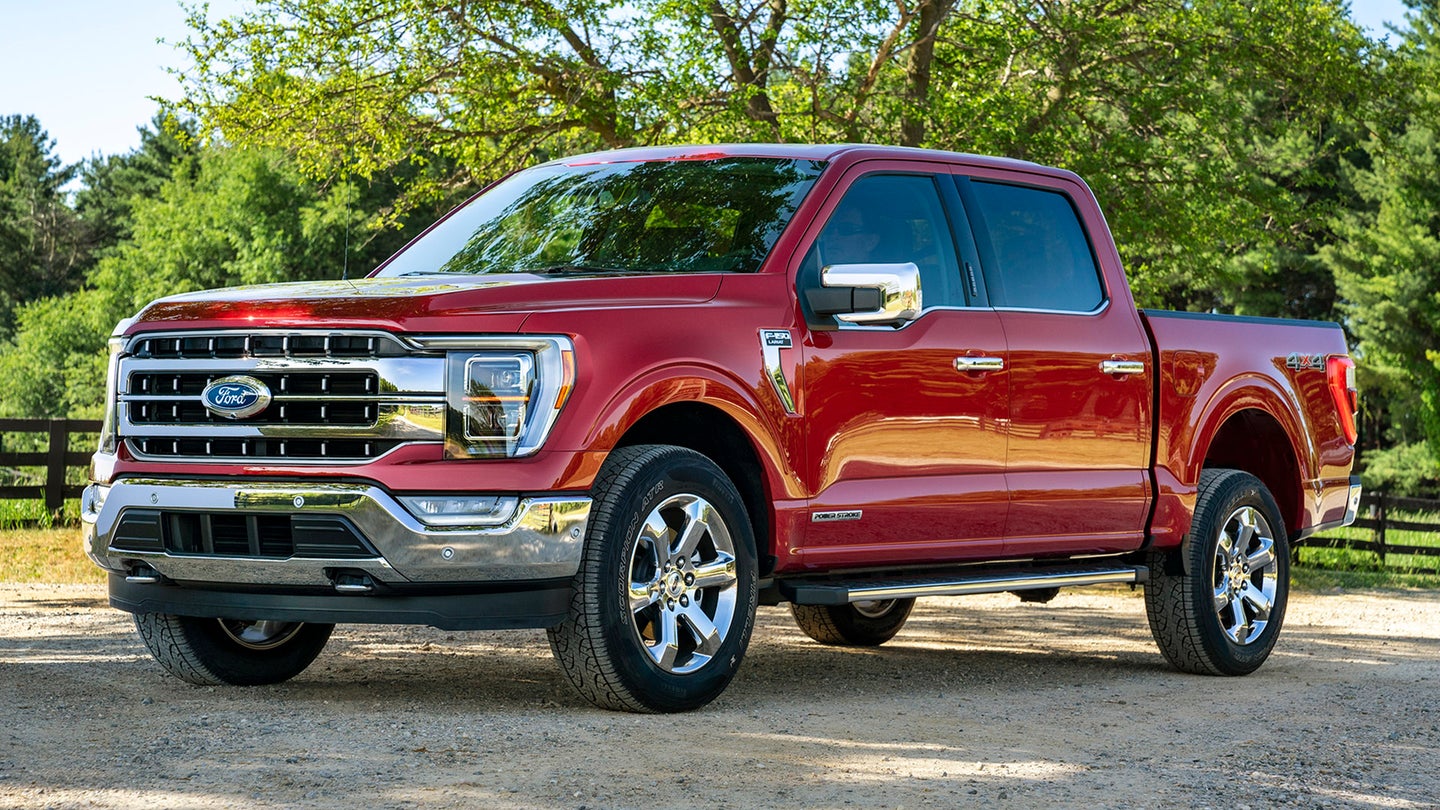