Svilen and Konstantin Rangelov have made the first plane designed in Bulgaria in 70 years: A fixed-wing cargo drone that can carry nearly 800 pounds. 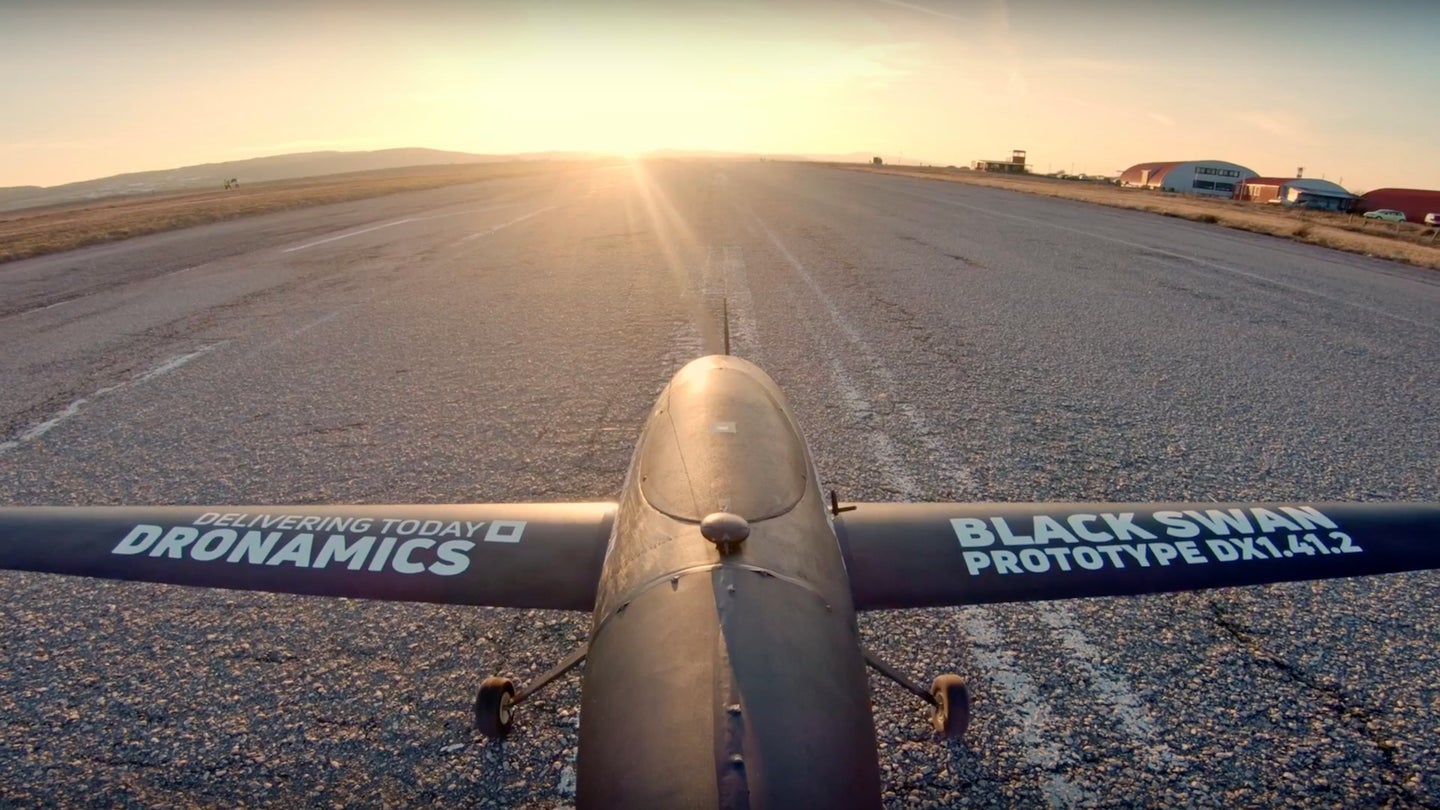 Svilen and Konstantin Rangelov have made the first airplane designed in Bulgaria in 70 years, in the form of a fixed-wing cargo drone capable of carrying nearly 800 pounds for up to 1,550 miles. Svilen is CEO of Dronamics, with Konstantin serving as chief technology officer. Together with a small team of engineers, the brothers Rangelov have worked on this autonomous cargo drone for four years, eager to not only compete with other delivery drones in the industry but leave them in the dust.

“Most small delivery drones are an attempt to solve the last-mile problem,” Svilen told Wired. “They are the bike messenger, we are the cross-country truck.” For Svilen, the main issue with aerial transportation of cargo is the cost, and the difficulty of finding major airports that can manage these kinds of flights. “This is why domestic cargo flights are a rarity in almost all countries in the world,” he said.

Their solution is called the Black Swan: A fixed-wing drone with a gasoline engine and a single propeller on the front. The unmanned aerial vehicle can be monitored via satellite and is capable of taking off and landing from even the most primitive, unpaved and narrow airstrips available. Additionally, the cost of operation is reportedly 50 percent lower than the traditional, manned alternative.

A Black Swan prototype, built at 1:4 scale with a 13-foot wingspan, already completed test flights at unused former military and civilian airfields across Bulgaria last year, successfully validating the aerodynamics, the performance and the communication and control systems, with a full-scale version due next year.

The cargo drone descriptor usually indicates a vehicle that is wide enough to carry pallets and boxy stacks of goods within, but the Black Swan is a narrower animal with a bigger focus on carrying mass amounts of e-commerce goods rather than large amounts of bulk. “We focused on getting a payload that could match the most common type of ground vehicle in the world—the small cargo van,” said Konstantin. “This meant we can create an aircraft the size of a bush plane, and we could make it land at even very short runways, significantly expanding the number of towns that we can connect.”

Physically, the Black Swan was constructed with affordable composite materials and designed with maximum aerodynamic potential in mind, with no need for a cockpit being a plus. As for the autonomous software required to effectively fly the vehicle, the two Bulgarian brothers are currently developing it themselves, largely through consumer products and components.

Those familiar with these kinds of drones might wonder why the Rangelovs decided to forego the modern electric approach for a more old-school, gasoline-powered rotor. For Konstantin, using a Rotax engine gives this drone a practical edge, as the Rotax is fairly universal in aviation all over the globe. “This means that wherever we land, people will know how to service it,” he told Wired.

Ultimately, Dronamics’ fixed-wing cargo drone is expected to cost less than $100,000, which is a far cry from the $500,000 average for these kinds of vehicles. The Farnborough International Airshow in the U.K. later this month will host an informative panel with the Rangelov brothers, with customer trials using a full-scale prototype in Asian, African, and Latin American markets planned for the end of 2019.

While the two brothers have certainly already made history by making the first plane designed in Bulgaria in 70 years, it seems they’ve also impacted the autonomous cargo drone industry with a bang. As it stands, we’ll have to keep an eye on this project closely, to see just how successfully the Black Swan lands among its competition, and if it actually takes off.