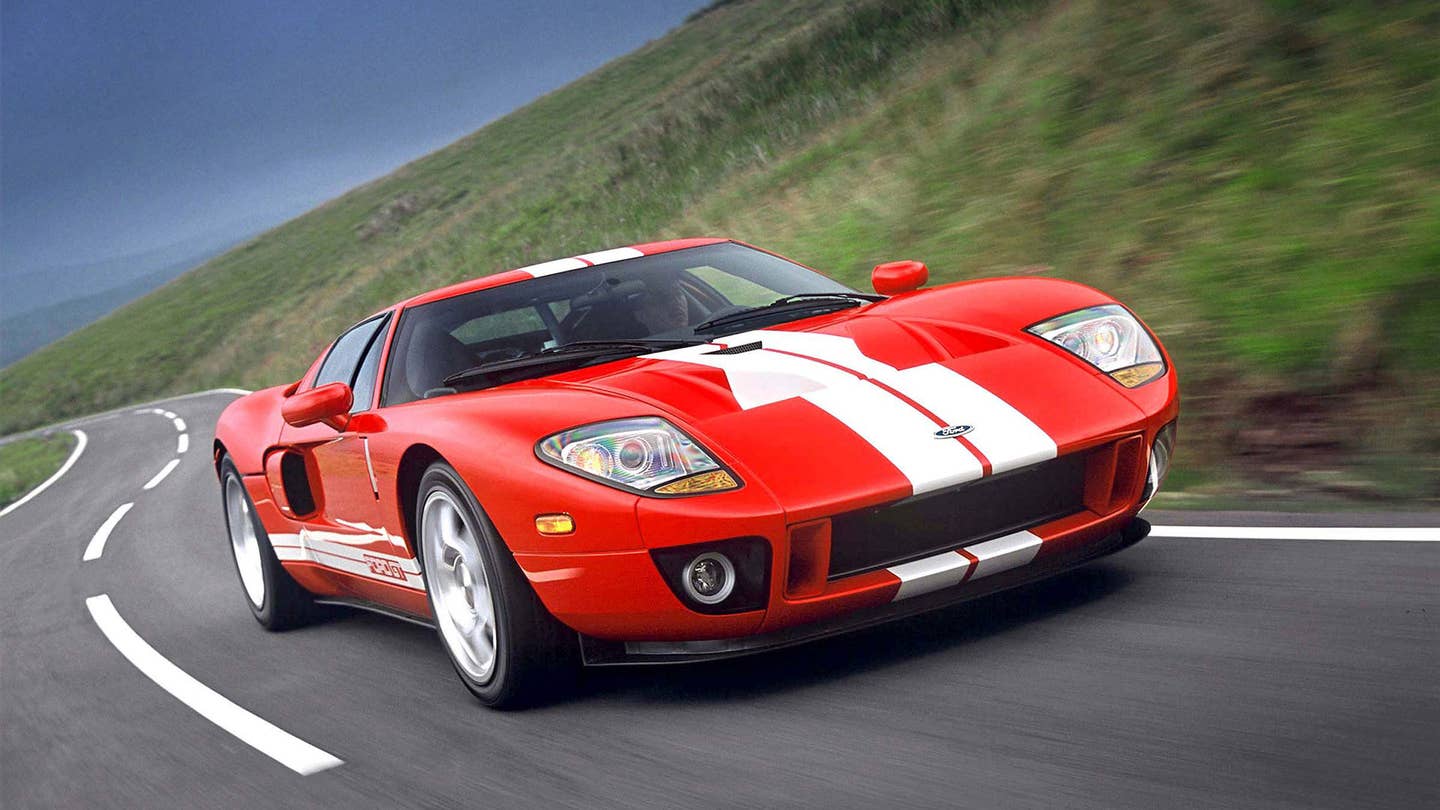 The mid-aughts version of the Ford GT is known as a bit of a handful. With no stability or traction control to reign in the 550 horses routed to the rear wheels, even the slightest extra throttle can send the car sliding. It’s twice as bad in the rain, when just thinking about the gas pedal too much can induce manic oversteer.

It turns out that Salma Hayek’s brother, Sami Hayek Jimenez, is all too familiar with this phenomenon. Back in February of 2014, Sami was driving his sister’s 2005 GT down Sunset Boulevard when a quote-unquote “catastrophic failure” of the transaxle sent too much power to one of the rear wheels, sending the car into oncoming traffic. The GT was T-boned by an oncoming Toyota Tacoma, killing passenger Ian Sala de Cuttler and injuring Jimenez. Now, Hayek’s brother is suing Ford over the accident, claiming Ford knew the car should have been recalled for the flaw.

This is the automotive equivalent of Jeremy Piven’s “Sushi gave me mercury poisoning” excuse. Yeah, the federal government did investigate the Ford GT for transaxle problems but that was about half-shafts coming loose, which would cut power to the rear wheels, not increase it. In any case, only four known instances of that flaw were reported out of the 4,038 GTs Ford built, andthe NHTSA website contains no records of complaints similar to Jiminez’s. Many GT owners, on the other hand, know the dangers of the car’s lift-throttle oversteer and ass-happy behavior.

The 2005–2006 Ford GT was, is, and always will be a tightrope of a sports car, requiring steady feet and a good sense of balance to master. We can’t help but wonder if Jimenez decided to pursue legal action, at least in part, because of the lawsuit slapped on Porsche after Paul Walker died in a Carrera GT—another car known for its knife-edged handling characteristics.

It’s always sad when somebody dies in a car accident. But if the accident happened because the guy behind the wheel couldn’t handle the power, the solution isn’t suing the automaker—it’s sending the guy to driving school. (Or, as in the case of the joyriding Corvette test driver, to jail.) When you’re driving a mid-engined supercar, oversteer is a feature, not a bug.