Want To Bring This Crunched Copart 2006 Ford GT Back To Life?

Damage, Copart says, is “all over.” But hey, the left rear quarter panel doesn’t look that bad. 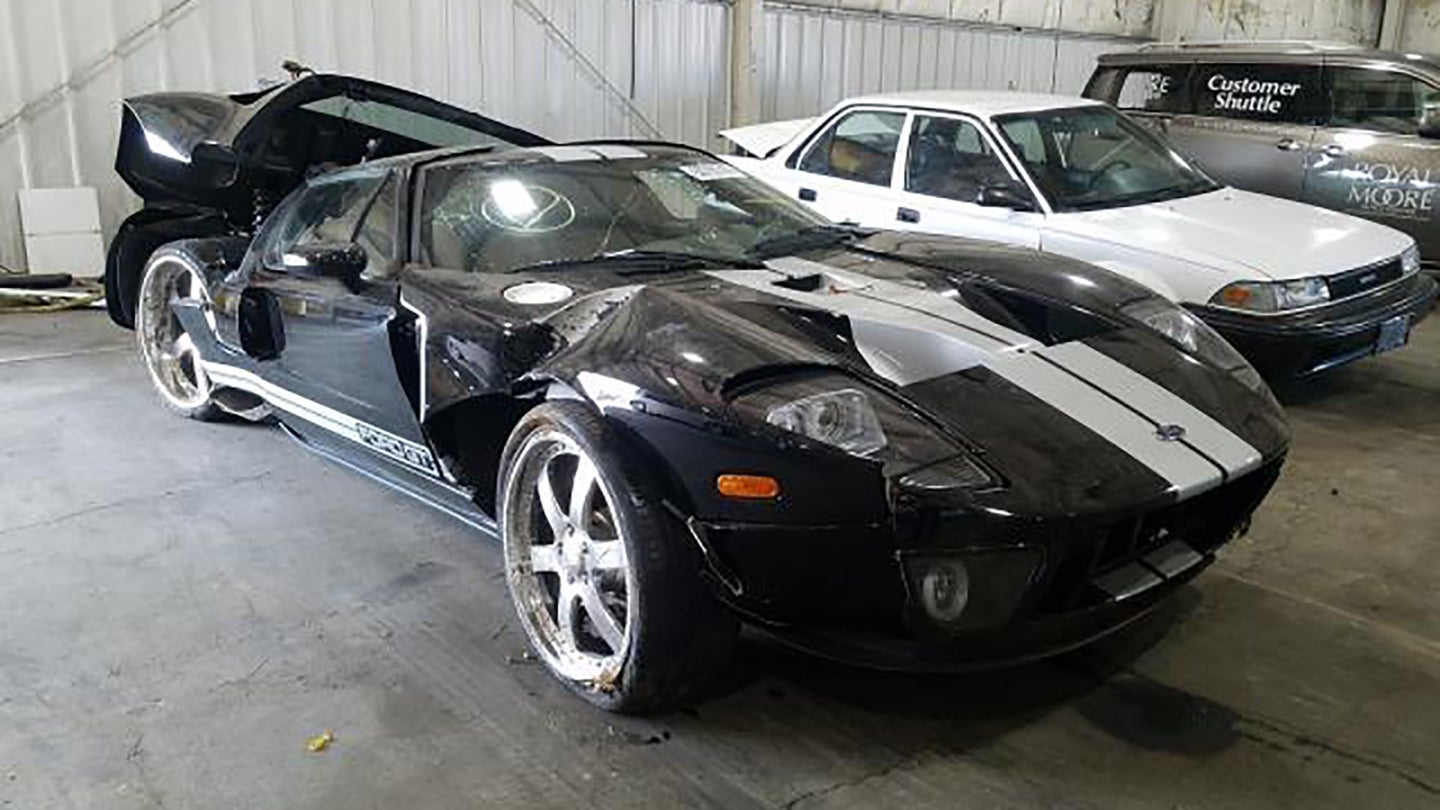 It’s Saturday, the last day of October, which can only mean one thing: Turn your clocks back. Oh, and one more thing: Halloween. Frankenstein time. You know, when, in 1818—or so says Mary Shelley’s book—Dr. Frankenstein brought his own personal monster back to life. That may have been an easier ask than doing the same for this 2006 Ford GT.

A trashed version of Ford's mid-aughts supercar is surely an unusual find at a Copart lot in Portlandia. There, it's currently awaiting some healthy bids for a new owner with some serious repair skills and a lot of patience. I can only guess the sound the car made when the damage occurred – best guess is it backed into a pole, hard, then rotated to the right—and the sound the driver made when he or she saw the damage.

Copart says the retail value of the car unscathed is $312,395 which, judging from a dozen recent sales on Bring a Trailer, is in the ballpark. The presence of the current, completely different, Multimatic-built V6 Ford GT has somewhat overshadowed the 2005 and 2006 models, built largely to celebrate Ford’s 100th anniversary.

Though its performance was more than adequate for its time, critics suggested designer Camilo Pardo could have strayed a little farther with the look; compared with the original GT40, it was sort of the sports car equivalent of what the 2002 Ford Thunderbird was to the 1955 original. Still, it became a darling for tuners everywhere, routinely setting speed records at places like the Texas Mile and beyond.

But perhaps thanks to renewed interest in the GT name, the '05 and '06 models have crept up in value. Considering a new one will run you well over $500,000, I'd consider this one worth fixing. Dr. Frankenstein, your next patient awaits. Happy Halloween.