Order Your 2017 Chevy SS While You Still Can 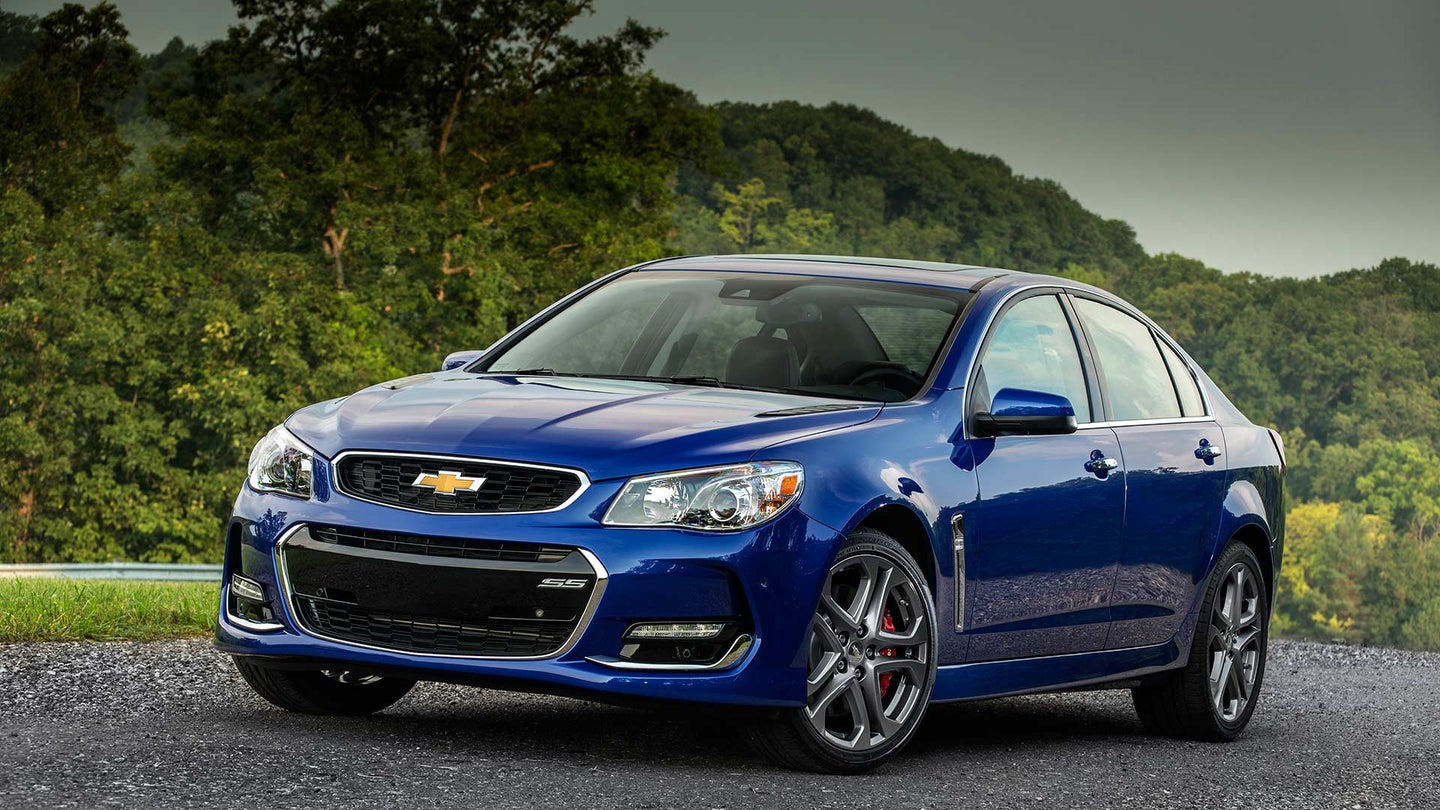 A while back, The Drive reported the Chevrolet SS was ending production after the 2017 model year. Time is running out. Chevy is asking prospective SS owners to place their orders by the end of February. After selling only 3,013 Chevy SS’s in the U.S. last year, GM is pulling the plug on the operation. this news comes on heels of GM's announcement production of the Holden Commodore (Australia’s counterpart) will end at the end of this model year as well.

The Chevy SS is as close to a halo car that Chevy gets. Pumping out 415 horsepower from a 6.2-liter V8, the SS was a hit among the GM faithful. The family sedan is able to hit 60-mph in just 4.6 seconds and it is a blast to get there with a 6-speed manual transmission. Unfortunately, the $46,625 price tag is hard to justify, especially when a consumer can get his hands on a 485-hp Dodge Challenger Scat Pack for under $40,000.

There will be no special editions of the Chevy SS to commemorate the final production year but that does not mean the outgoing SS is any less special.