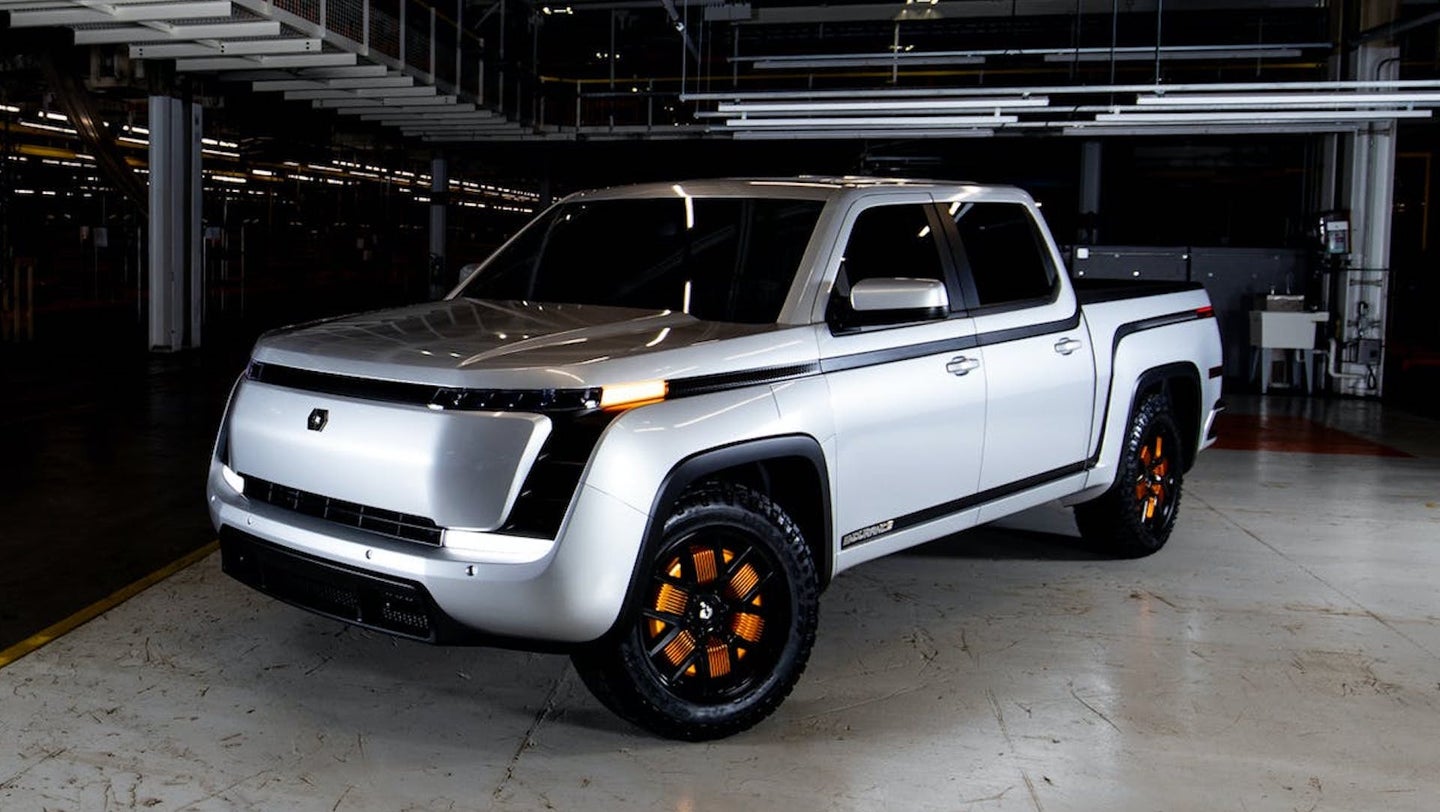 In a Thursday afternoon event live-streamed via YouTube, Lordstown Motors launched its Endurance pickup, a model it hopes will end up being the first electric truck mass-produced in the United States. Lordstown CEO Steve Burns very briefly showed off a working prototype of the truck, which also featured a speech from the United States Secretary of Energy Dan Brouillette and what sounded like a campaign speech from Vice President Mike Pence.

We've been hearing about the Endurance for some time now through leaks and teases, but today's event marks the first time the actual vehicle is shown, which will reportedly start at $52,500 and can be reserved via $1,000 refundable deposit. Details were scarce during the presentation, but Burns said that the truck's drivetrain will have just four moving parts: the wheels, each of which will be individually driven by hub motors at each corner. Compare that to the Ford Model T which had several hundred moving parts, and it's a revelation.

Range is estimated to be 250 miles with a rating of 75 MPGe. The Endurance will put down 600 horsepower and have a towing capacity of 7,500 pounds. Burns noted that the Endurance will be the "safest pickup truck on sale and claimed that it will have the best traction and handling." However, that towing rating likens it more to a modern-day SUV than a half-ton pickup truck. It also falls short of the dual-motor Tesla Cybertruck's claimed towing capacity and lags most versions of the Ford F-150 as well. Figures can always change between now and its release, whenever that actually happens, but Tesla claims 10,000+ pounds for the Cybertruck with dual motors and 14,000+ with a tri-motor setup. 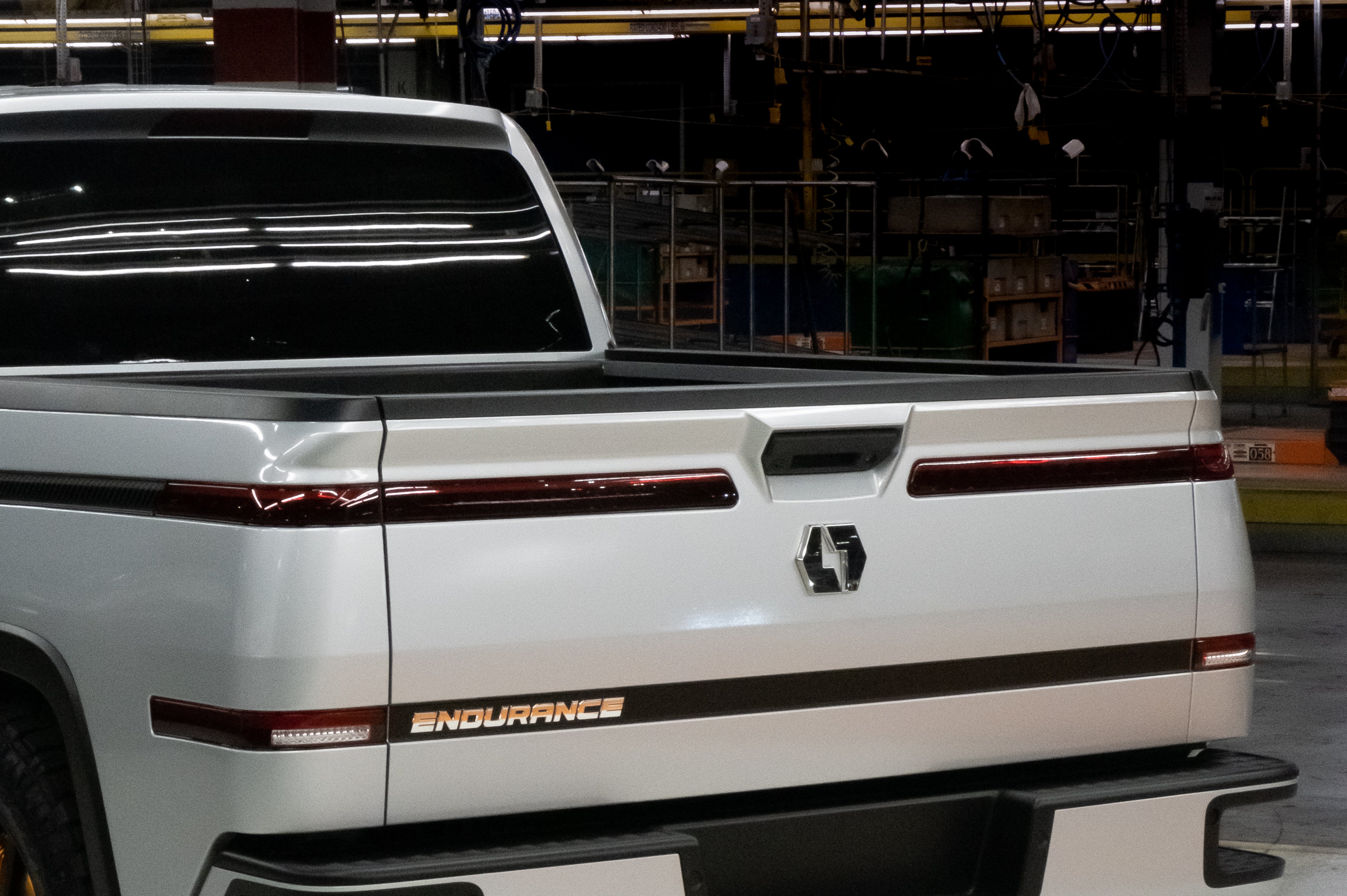 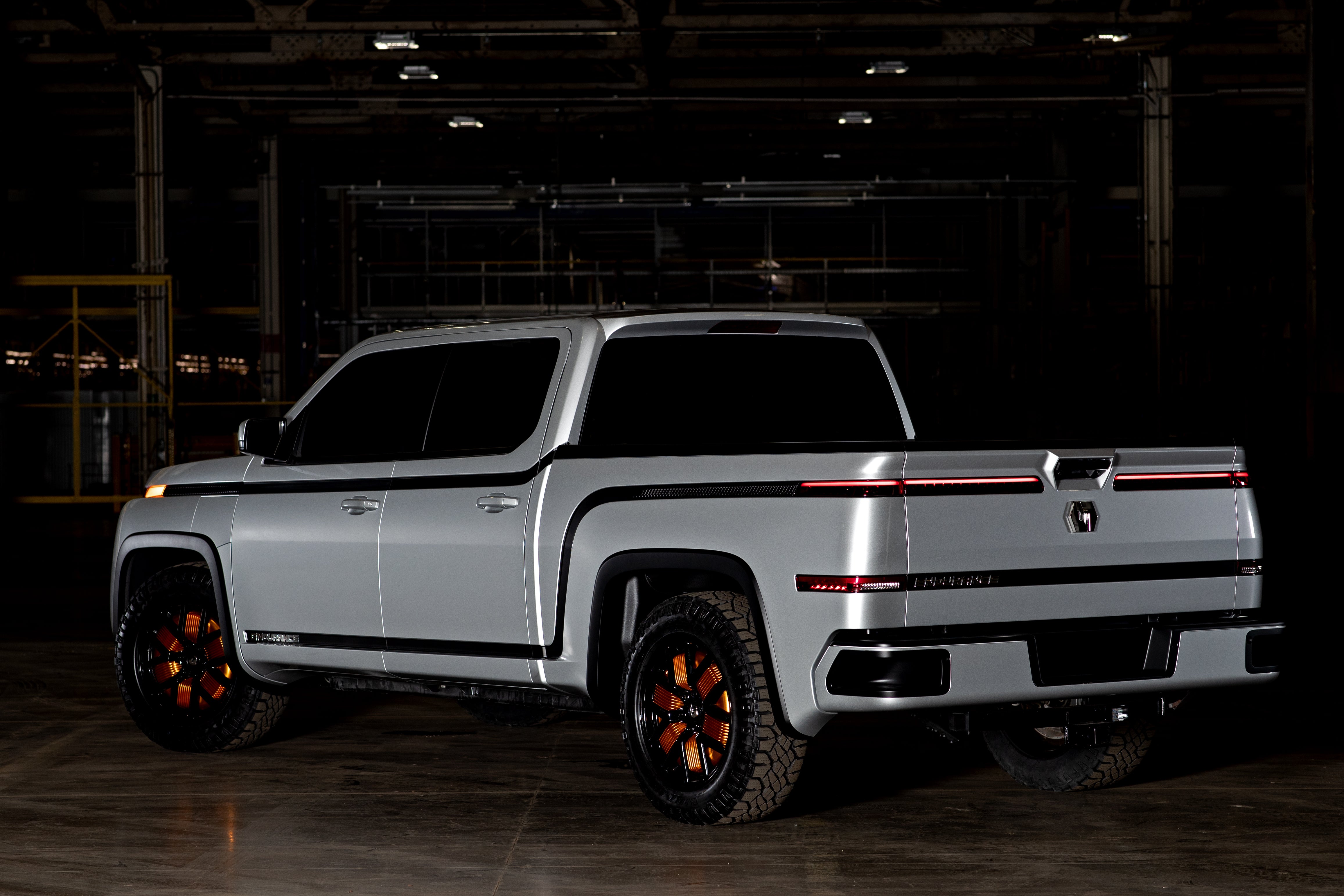 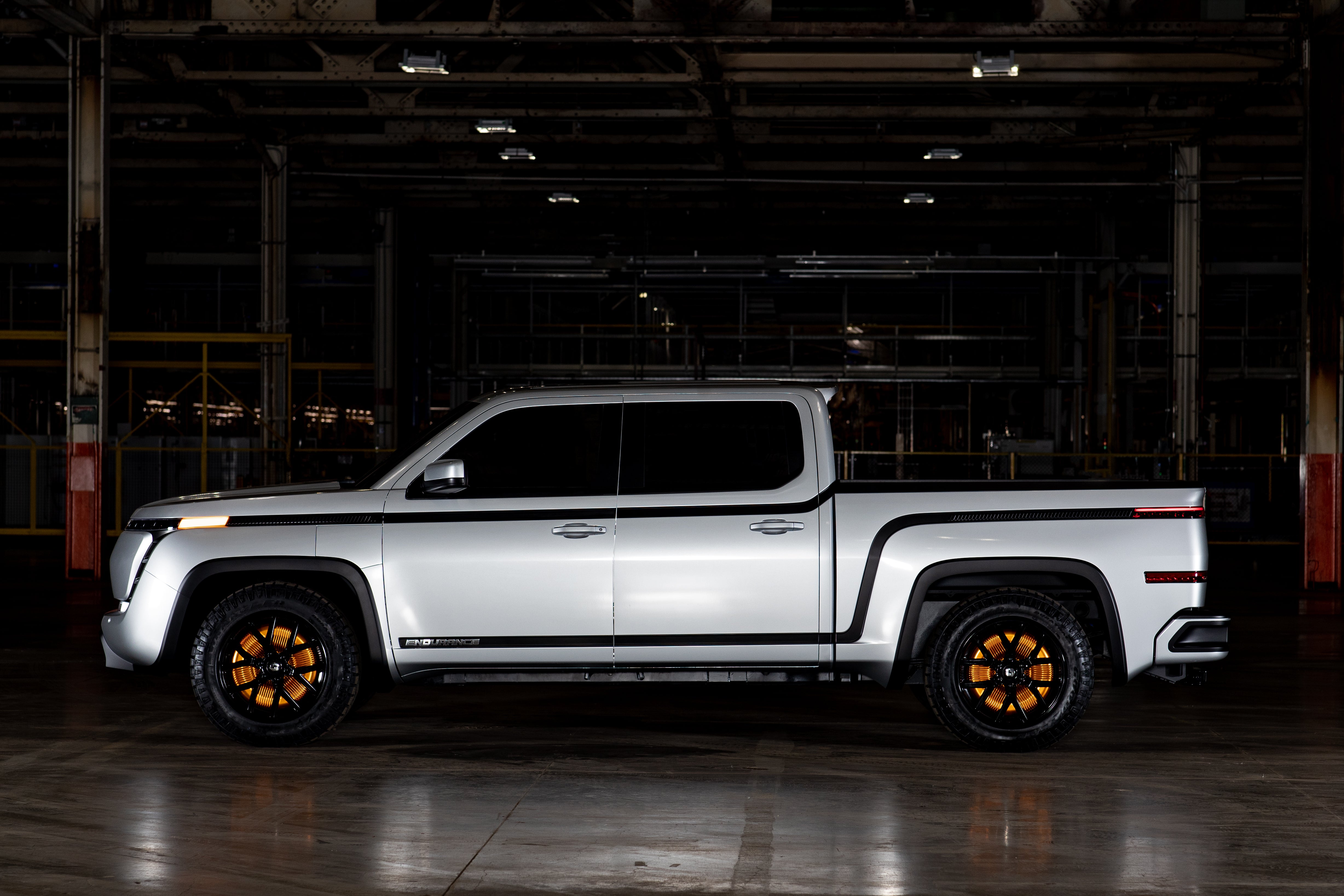 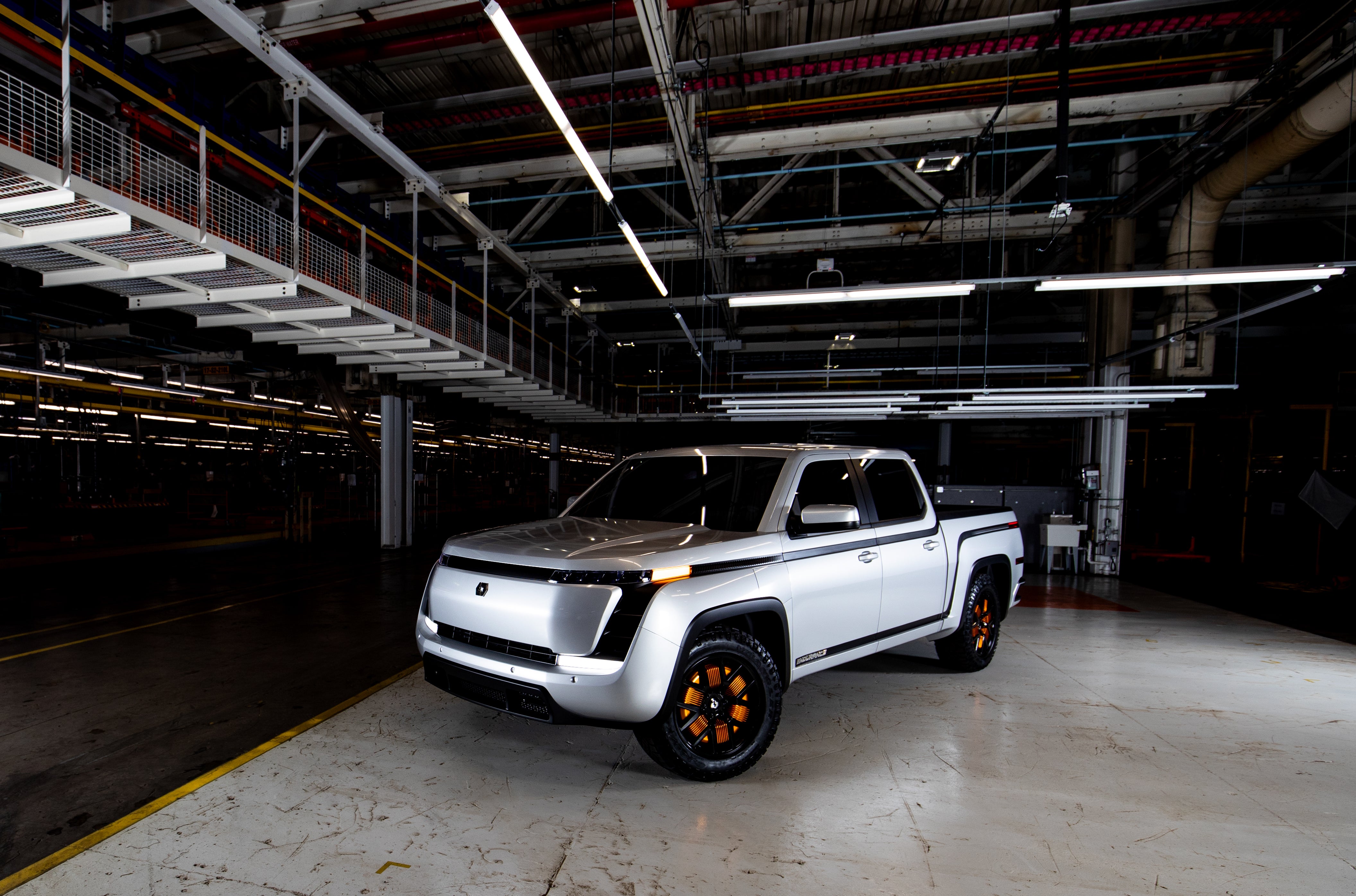 When it comes to charging, a 7.0-kW onboard charger, a full recharge will take 10 hours using a 240-volt Level 2 AC power source. It's unclear what charging times will look like with DC fast-charging sources.

To kick off manufacturing, Lordstown partnered with ServPro, a disaster recovery and cleanup company to sell 1,200 trucks for fleet use. Burns said that Lordstown has sold thousands of trucks to ServPro and others and noted that the company is targeting annual production numbers of around 600,000 units per year. The sales arrangements sound similar to the one that competitor Rivian struck with Amazon, and at least ensures that there’s an initial commercial market for the trucks. Lordstown Motors will operate in a facility that was purchased from General Motors last year, where Chevrolet previously built the Cruze before it was discontinued.

The company joins big players in the automotive industry that have promised electric pickups in the coming months and years. Ford has already said that it will release an electrified version of the massively popular F-150, and General Motors CEO Mary Barra has promised an all-electric pickup by late next year probably under the Hummer brand. This is all on top of upstarts like Rivian and Bollinger, as well as EV veteran Tesla, that have announced plans for electric trucks in the next two years or sooner.