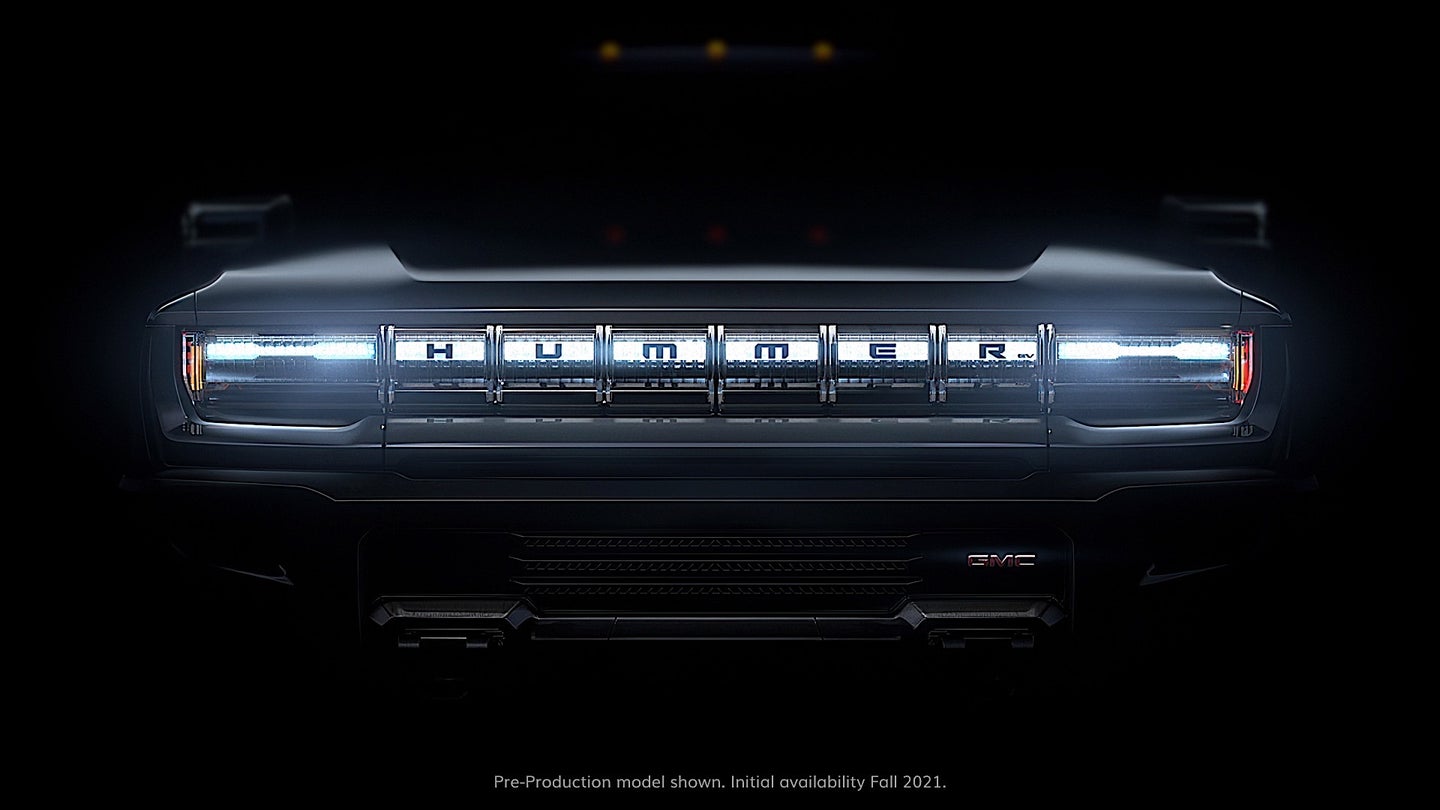 General Motors is officially putting the Tesla Cybertruck on notice, and it's doing so in a very nostalgic way. The General is bringing back the Hummer nameplate as a GMC-branded pickup truck—but not just any pickup truck—an all-electric unit with staggering performance.

Teased in a series of commercial spots airing during this weekend's Super Bowl, the Hummer EV will most definitely be a mighty machine. According to the videos below, the onboard electric motors will generate a stupefying 1,000 horsepower and 11,500 lb-ft of wheel torque.

Furthermore, GMC claims that said powertrain will propel the electric behemoth from zero to 60 in approximately 3 seconds.

It's unclear at this point if that will be one particular trim version of the Hummer, with other more "pedestrian" versions also to come, but these metrics put it right in line with the triple-motor performance version of the Tesla Cybertruck—assuming those numbers remain accurate if and when the truck hits the streets.

As far as the commercial spots, GMC is apparently excited that it will do all of the nutty things mentioned above in complete silence, even if the whole thing is relatively anti-Hummer. Let's not forget, Hummer has always been about big everything, including sound.

Regardless, it appears that the all-new Hummer will also feature a throwback front grille with advanced LED headlights shaped like an "H" and with a cool sequential startup sequence.

The truck will officially debut on May 20, 2020, and it'll be built at the Detroit-Hamtramck assembly plant which just earlier this week was confirmed to be the automaker's first-ever dedicated EV factory. Following an investment of $2.2 billion, the much-politicized facility due to tense negotiations between the United Auto Workers (UAW) union and GM will produce "a variety of all-electric trucks and SUVs," according to GM President Mark Reuss. The new Cruise Origin will also be assembled at this facility.

It’s all done in the name of science…or something.