Cleo's Donut-Shaped Drone Is Aimed at Indoor Security and Surveillance 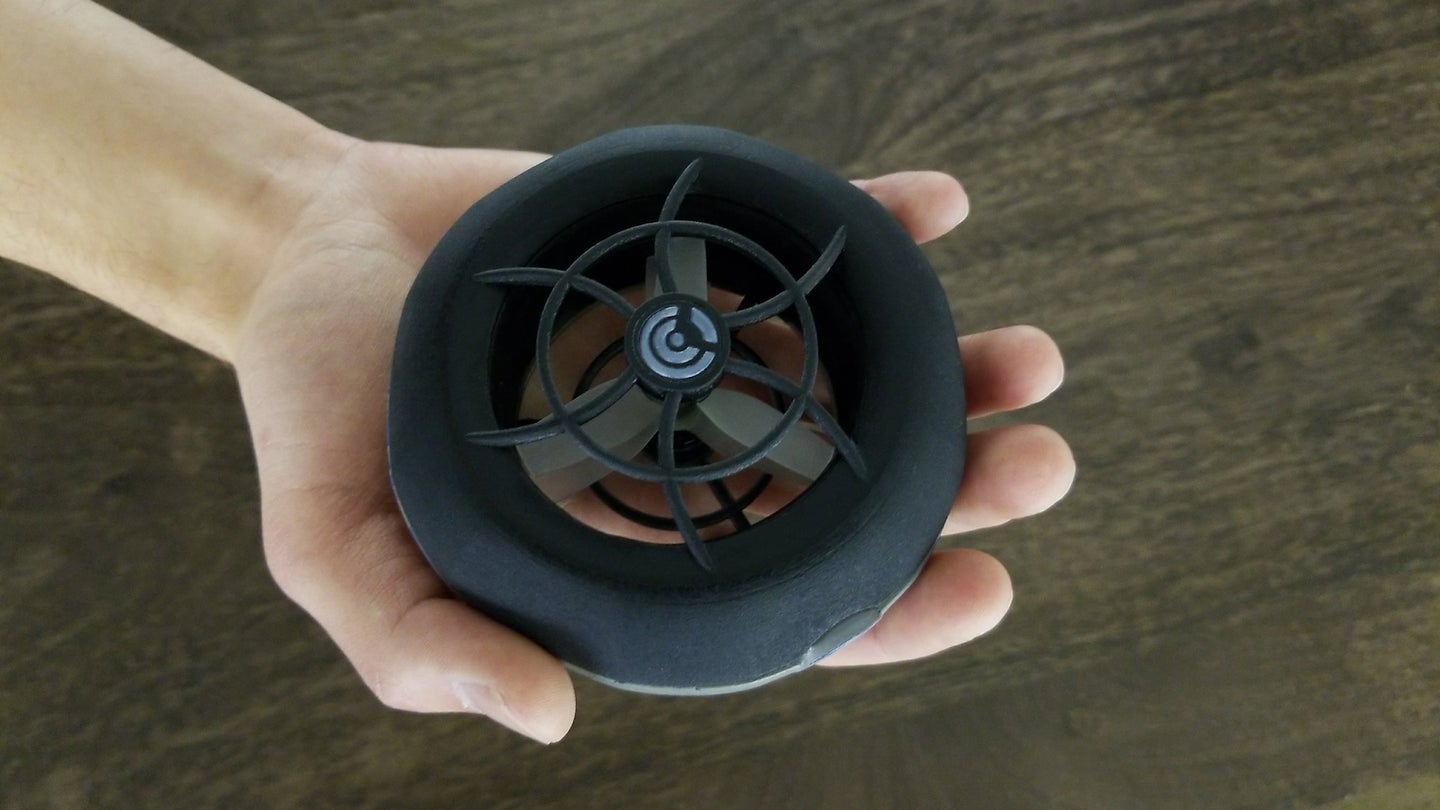 When the topic of drones in surveillance comes to mind, it’s usually focused on law enforcement or military strategy. The ever-strengthening nexus of affordability and technical functionality in the world of unmanned aerial vehicles is branching out into all sorts of subcategories these days, as evident by the PITTA and now, the Cleo. A CES 2017 Innovation Award Honoree, the palm-sized, donut-shaped indoor drone is aimed primarily at indoor security and surveillance, with a purported consumer model to hit shelves in the second half of 2019.

According to IEEE Spectrum, Cleo’s innards consist entirely of one set of layered, encased propellers, a camera, battery, and the requisite electronics. It’s extremely portable. It fits in the palm of your hand just as easily as it does in your jeans, and seems even safer than your average consumer drone, thanks to its encased rotors. So far, only attendees of last year’s CES were lucky enough to see this thing in action, but thanks to a recent video upload by Cleo Robotics in which founder and CEO Omar Eleryan pilots the UAV himself, we finally get to watch this flying surveillance donut for ourselves.

As you can see, the Cleo is an all-in-one gadget. There’s no assembly required here and thanks to its vital components being completely encased, fears of potentially damaging the drone itself via collision fall by the wayside, as well. When it comes to flight time and functionality, according to IEEE Spectrum, the Cleo lasts anywhere between 12 and 15 minutes and doesn’t involve any movable weights as part of its mobility. As Eleryan himself explained, “We introduce control surfaces into the airstream to change the direction of the airflow and create a thrust vectoring effect.” In simpler terms, the Cleo doesn’t push itself in a direction by shifting weights around in its body, but by managing the surrounding airstream itself, and using the altered currents to its advantage.

We’ve all had frustrating experiences with UAVs before, and as Eleryan himself puts it, it was one of those moments that inspired him to design a drone of his own. According to him, it was a combination of practicality, user-friendliness, and ease of use. He was frustrated by the sheer size of his first UAV, and disconcerted that its loud whirring was scaring off nearby children, and ultimately, annoyed that these things were so difficult to fly. The Cleo, then, aims to fix all of the above, in order to provide a calm, practical, user-friendly drone for the home. “It’s not just about creating a thing that flies—it’s also about creating something that will have a real use, and solve a real problem,” he added.

Regarding the prototype seen in the video, it is very much that—a prototype. The model seen above has only one camera embedded within, which Eleryan plans to modify significantly before the final version ships to companies and eventually, consumers. Most notably is the goal to implement a vision-based Simultaneous Localization and Mapping, and neural networks, so the Cleo can navigate independently and avoid obstacles indoors more sophisticatedly. Security and surveillance are still very much the primary target for Eleryan’s donut-shaped UAV, with a model intended to arrive within a year or so. Hopefully, that consumer-version hits shelves soon after, as we’re pretty eager to test this thing out ourselves.