How to Watch the Electric Hummer’s Debut Live Tonight

You can watch it right here. 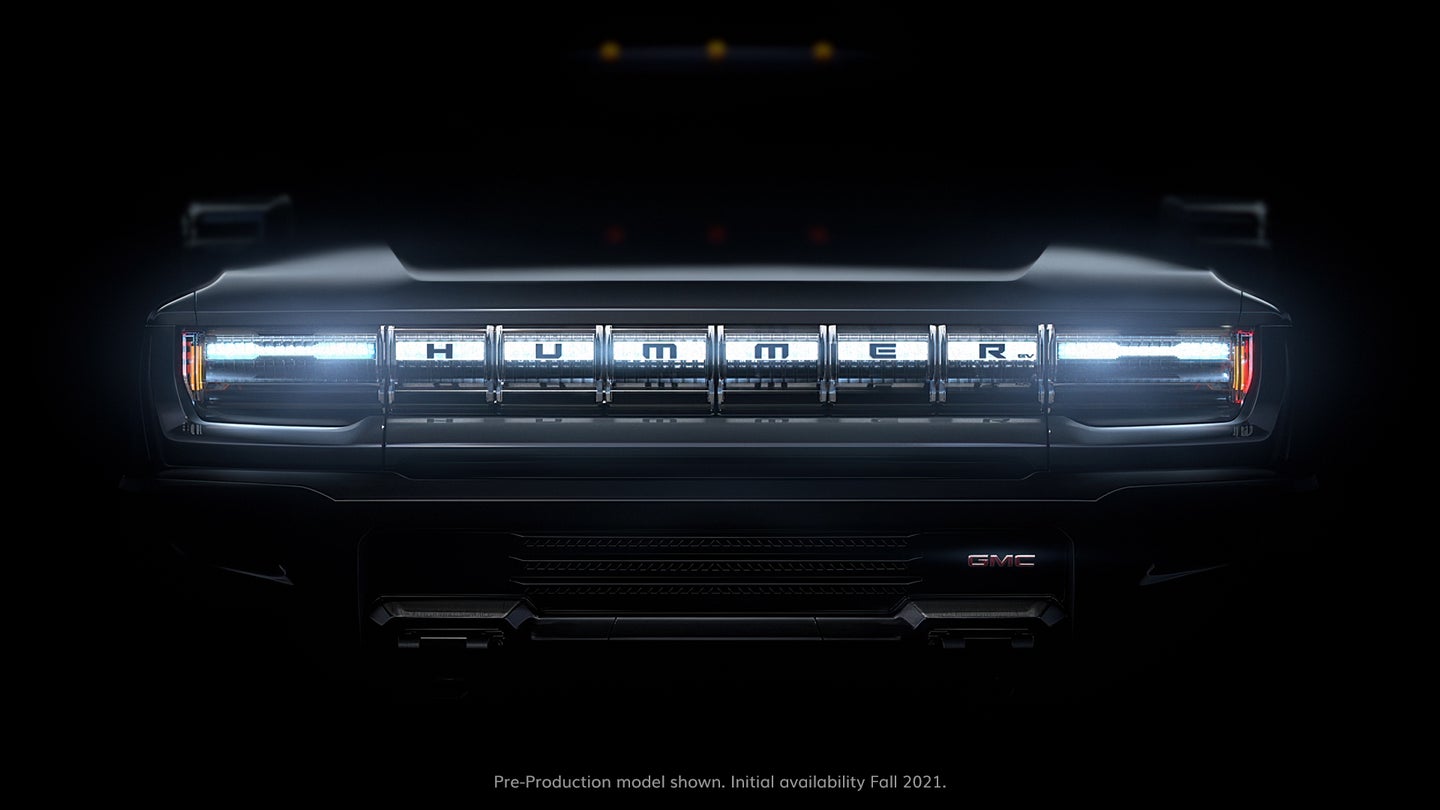 After a bevy of teasers, LeBron James voiceovers, cryptic tweets, and a five-month delay, the new GMC Hummer is almost here. Tonight, the automaker will debut the electric truck live on the internet starting at precisely 8:00 p.m. ET/ 5:00 p.m. PT on GMC's website or official YouTube channel. For your convenience, we've embedded the latter's livestream link to this page so feel free to keep this tab open until 8:00 p.m. ET rolls around.

For the baseball fans in the crowd, I'm told that there's a pretty big game happening tonight but it doesn't sound like you'll have to miss any of the action, because GMC says the Hummer event will be broadcast during Game 1 of the World Series on Fox, during The Voice on NBC, "and more."

Of course, for those who have other engagements or would just rather not sit through a live truck PR thing, we'll be sure to have all the juicy details and photos here on The Drive for you to consume at your own time and pace.

For those out of the loop, General Motors is bringing the Hummer name back more than a decade after the last H3 was produced. This time, however, things will be a little bit different. It'll be sold under the GMC brand, for starters, and will mark what the company calls "the world's first all-electric supertruck." Yes, the vehicle once seen as the symbol of unapologetic gas-guzzling has gone fully electric.

However, just because it's gone electric doesn't mean it's gone soft. GMC is promising 1,000 horsepower and a zero to 60 time of about 3 seconds. Crab Mode, next-gen Super Cruise assisted-driving, and pop-out roof panels are also things that'll come on the future Hummer. More details will be available in just several hours.

Revolutionaries forge their own direction…or use copy+paste.