Generation's battery-powered Corvette sets yet another record for electric cars. 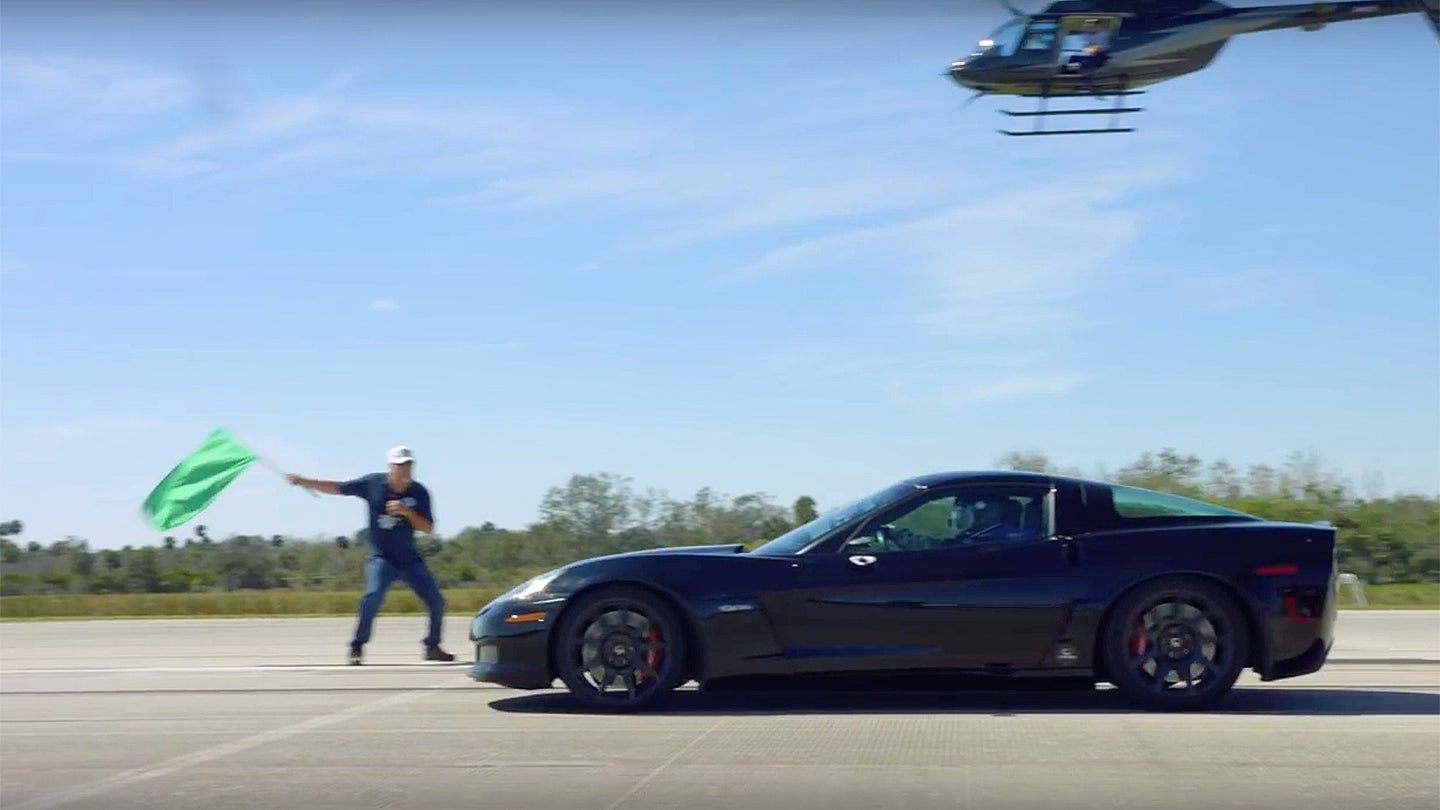 We tend to drive whenever we catch a glimpse of Genovation Cars's electric Corvette prototype flying down a runway. It's not just the sheer thrill of watching a 600-plus horsepower wedge of (very untraditionally) tuned General Motors sheetmetal race towards the double-century mark; it's hearing it go. With no screaming smallblock beneath the hood to blast out a battle cry, the only sound the Genovation Corvette—based on a C6-generation Corvette Z06, but packing enough batteries and electric motors to make as much as 700 horsepower— makes as it screams by is a Doppler-shifted shriek of upset air that sounds like nothing so much as a jet fighter making a low flyby.

So sure, we could say that seeing this electric Corvette go from a standing stop to 190.4 miles per hour in just one mile of runway isn't as impressive as seeing the same GXE prototype set an electric car top speed record of 206 miles per hour. Or say that, cool as this prototype is, it doesn't satisfy our itch to meet Genovation's production-bound, 660-horsepower, electric C7 Corvette Grand Sport.

But we'd much rather just watch it fly.