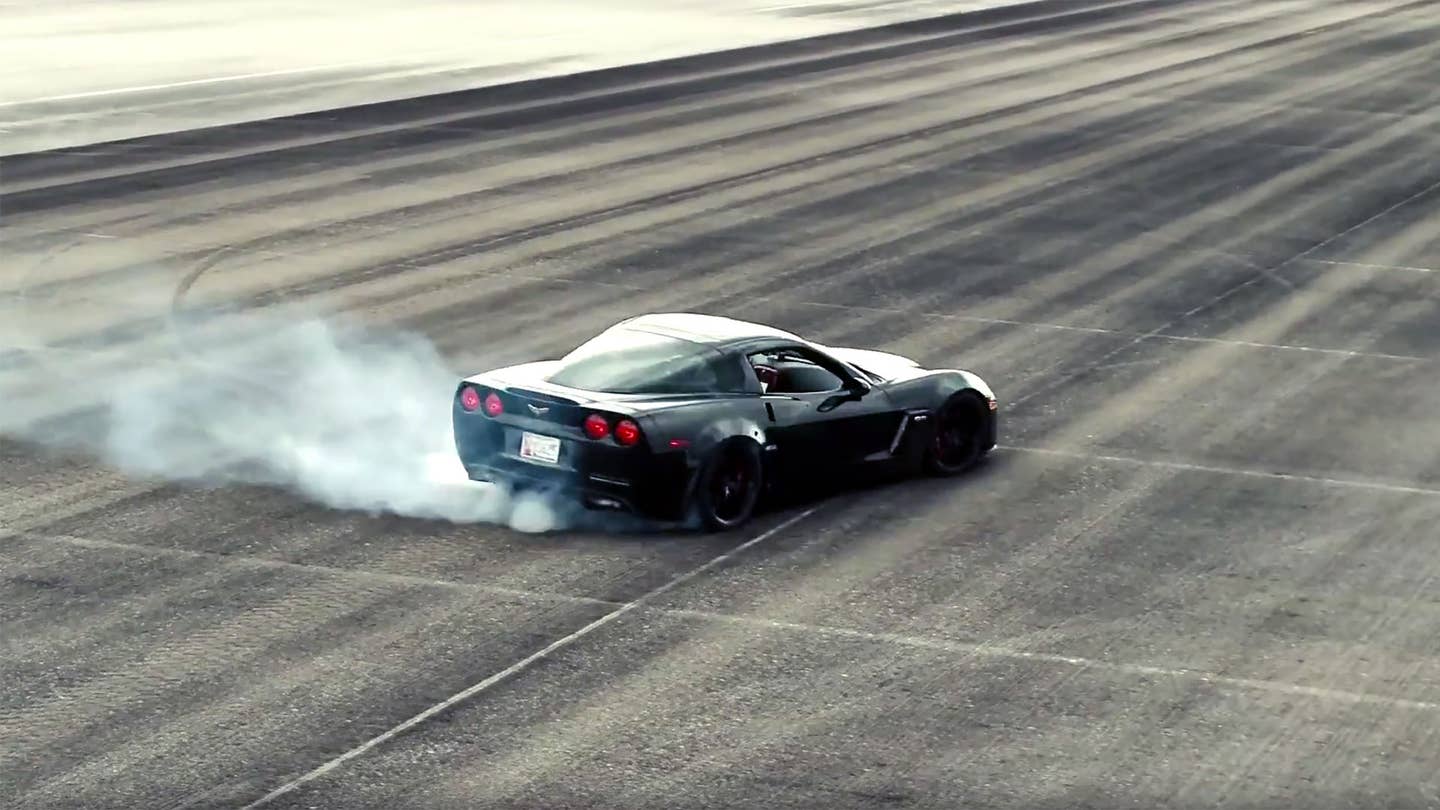 It takes a lot for us to forgive the defiling of a C6 Corvette Z06. That 7.0-liter, naturally-aspirated LS7 V8 is one of the sweetest engines ever shoehorned into an American coupe, so if somebody's going to pull it out, they'd better have a damn good reason. Like, say, trying to break a world speed record.

And Genovation Cars didn't just try. They succeeded. Their electron-powered Corvette Z06, a.k.a. Genovation eXtreme electric," or "GXE" for short, has shattered the world record for Top Speed Street Legal Electric Car by cracking off a 186.8-mph run. That's nearly 10 miles an hour faster than the previous record, held by a Finnish electric car prototype. Even cooler, the team set the new record on the three-mile long runway of the Johnny Bohmer Proving Grounds, a former space shuttle runway at the Kennedy Space Center.

Thanks to its largely-made-in-America combination of electric motors, batteries, management systems and inverters, the GXE is significantly more potent than its original 427-powered configuration. The GXE's motors generate a total output around 700 horsepower and 600 pound-feet, according to Genovation. (The C6 Z06 cranked out 505 hp and 475 lb.–ft.) Genovation says the GXE will go around 130 miles on a charge—not exactly Tesla Model S range, but still more than enough to zip down to the A&P and back at a buck-eighty.

The record-breaking GXE is still a prototype. But hey, Genovation built a car that set a new world record. That alone is enough to launch them above the crowds of tiny wanna-be sports car makers.