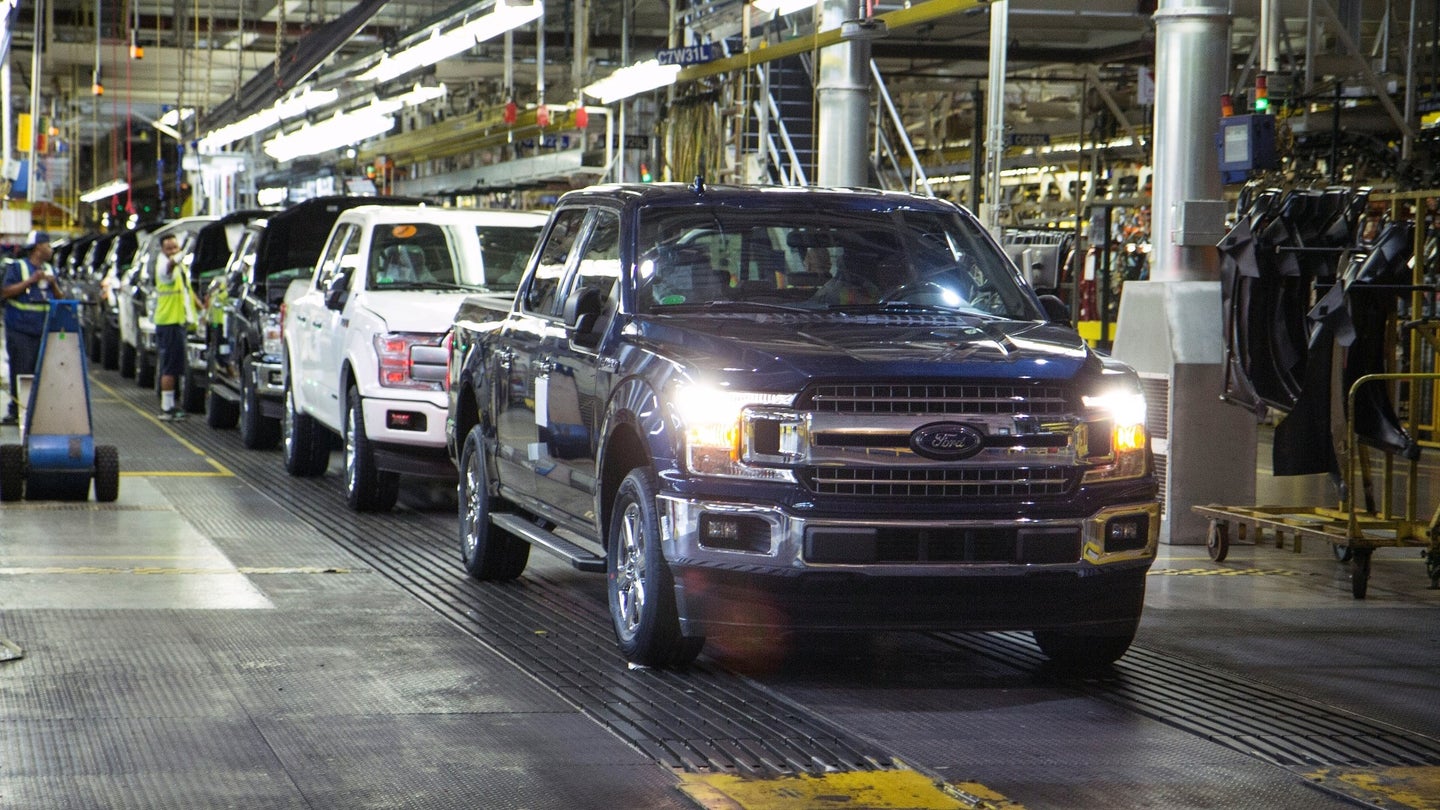 Finally discovering what most nighttime drivers have known for a while now, Ford is issuing a recall on exactly 217,185 F-150 pickups over headlights that are too bright.

Affecting trucks from model years 2018 to 2020 equipped with the optional LEDs, the issue lies with daytime running lights that don't dim when the low beams are manually turned on as they're legally supposed to. Ford says, "This may reduce the visibility of other drivers, increasing the risk of a crash." As a result, the company is issuing a safety compliance recall on 166,196 F-150s in the U.S. and another 50,989 trucks located in Canada.

Ford adds that it isn't aware of any related accidents or injuries although we suspect more than a few drivers with seared retinas will have something snarky to say about that.

Bad headlights have somehow been a major pain point in automotive safety in recent years, both on the manufacturer and driver side of the equation. Between headlights that come from the factory too bright, too dim, or too expensive to clueless motorists driving around in "phantom vehicles," nobody seems to know what to do when it comes to lighting up the roads at night. Not to get all "It's [current year]!" but in an era when cars can change lanes on their own and out-accelerate supercars using electricity alone, the fact that we still can't get the two lamps stuck on the front of them right is a little baffling.

In any case, Ford dealers will be issuing free software updates to affected F-150s fixing the DRL issue and owners will presumably be notified soon. Now, if only Ford could issue a "recall" on drivers who leave their high beams on unnecessarily, that'd be great, thanks.

Ford accused a group of conspirators of reselling the car twice within weeks of getting it.

Those with the recalled issue run the risk of an airborne sunroof—not exactly ideal.

One incident has been reported so far relating to the recalled issue.