American excess is definitely still a thing, but this time, consumers are sticking to the less expensive model. 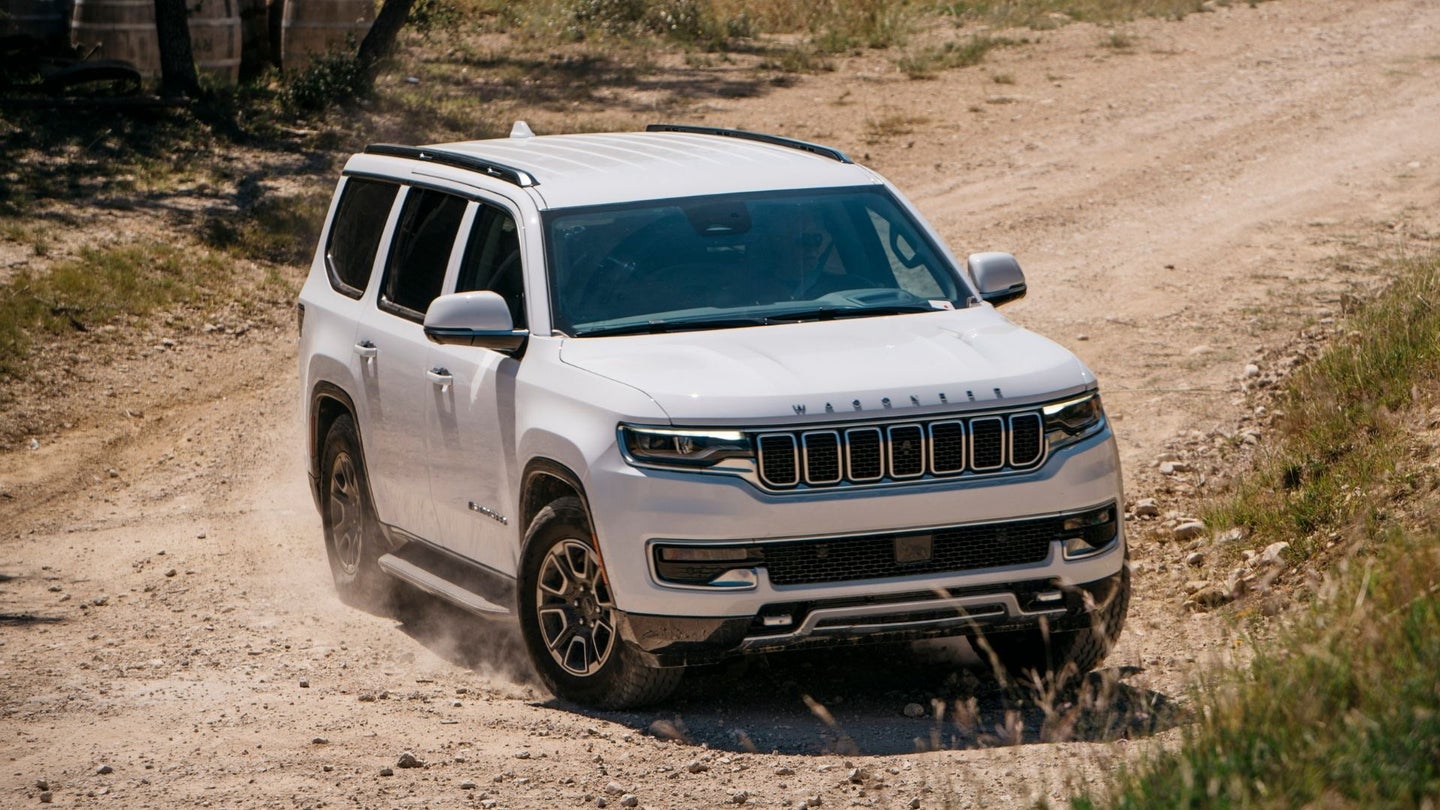 Less than a week ago, General Motors reported that sales were down 20 percent for the first quarter of 2022. That sounds like bad news—and it is—but in context, it’s average: Nissan is down nearly 30 percent despite strong Frontier sales, Honda is off by 23 percent, and Toyota dropped by 15 percent. Hyundai is faring much better, seeing a decline of only four percent. With those numbers in mind, Stellantis is not doing too badly with a 14 percent downturn in U.S. sales. And embedded in that number is actually a bright spot.

Jeep sales have only dropped by two percent, largely on the backs of its updated Grand Cherokee and all-new Wagoneer line. Interestingly, the Wagoneer has outsold the Grand Wagoneer at a ratio of two to one; 7,055 Wagoneers were sold in Q1 to 3,169 Grand Wagoneers.

The difference in price between the two is staggering. Jeep’s Wagoneer starts at about $60,000 while the Grand Wagoneer takes its first name very seriously, adding nearly 30 grand to the base cost. Powerplants are also different; the Wagoneer brings a 392-hp, 5.7-liter V8 engine to the party while the Grand Wagoneer has a standard 471-hp 6.4-liter V8. Both are beefy behemoths on the road. I drove the Grand Wagoneer for 2,600 miles last year to evaluate it myself, and it does have a lot going for it, price aside.

Stellantis also reported that the Grand Cherokee had its best-ever Q1 total sales, which are up by 36 percent. Considering the long history of the Grand Cherokee, that’s a noteworthy feat. Retail sales were also up by an impressive amount, finishing the quarter up 44 percent.

"Stellantis sales came in a bit lower than we expected," Krebs said. "The automaker has done a pretty good job focusing on maintaining and building inventory of its biggest profit-margin vehicles like Ram trucks and Jeeps. Both Ram and Jeep have inventory that is at the high end of the spectrum."

With the market experiencing a lot of turbulence due to a number of financial factors and chip shortages not letting up any time soon, it will be interesting to see what happens in Q2.

What’s luxury without a little bit of vinyl?

Driver-assist technology can feel overpowering, but otherwise this is the superlative choice for family trips.