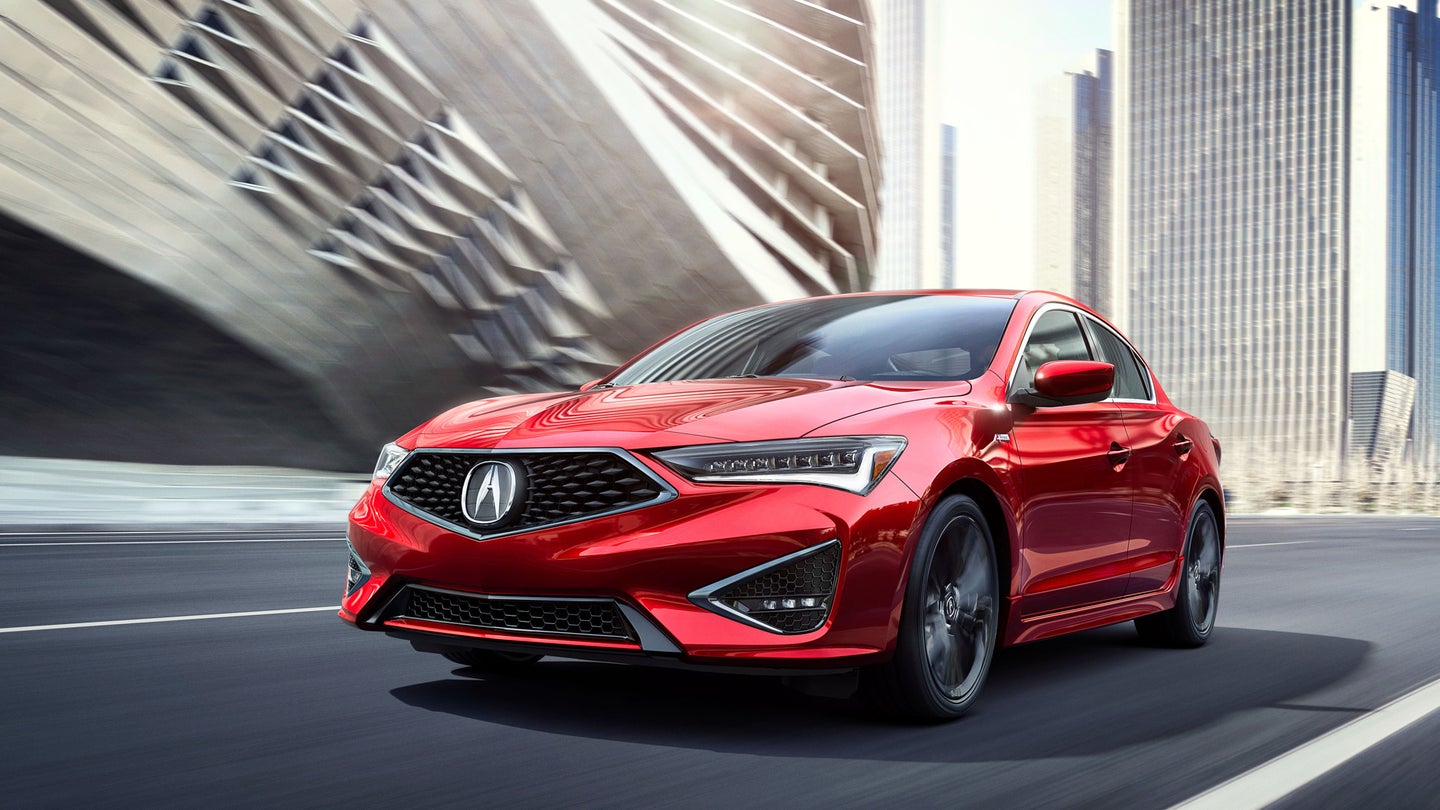 While there's been a lot of excitement around the revival of the Integra nameplate, there's been speculation as to what will happen to Acura's current base-model sedan, the ILX. Now Acura has confirmed in an interview with Motor1 that the ILX will conclude its production with the 2023 model year and be discontinued directly as a result of the incoming Integra.

Functionally for buyers, this means that the newest offering at the bottom of the Acura line will be vastly fresher. The ILX currently offers a 2.4-liter naturally aspirated inline-four engine that hails from the same lineage as the ninth-generation Civic Si powerplant, which itself was a larger displacement version of the 2.0-liter K-series motor that was initially introduced in the 2001 Honda Civic Si. Additionally, the current ILX powerplant exclusively comes paired with an eight-speed dual-clutch transmission.

The Integra, in comparison, will share the 1.5-liter turbocharged four with the newest eleventh-generation Civic and is confirmed to offer a six-speed manual transmission. While no one has had a chance to drive the new Integra, our own Kristen Lee had the chance to test the new Civic Si with the same drivetrain and reviewed it highly, so it's reasonable to expect the Integra will deliver on a fun driving experience where the ILX did not.

Despite the fresher platform the Integra is built on, there isn't expected to be much of a price bump over the ILX's current MSRP. The ILX base price comes in at $28,345, and while pricing isn't confirmed for the Integra, Acura has confirmed it will punch in somewhere right around the $30,000 mark. Additionally, even though the newest Integra loses nearly a liter of displacement over the current ILX, power should be roughly the same, as the ILX is rated at 201 hp, and the 1.5-liter turbo-four already pushes out 200 hp in the newest Civic Si.

All told, it should be an upgrade for both the company and for buyers. If all this Integra talk has you excited, orders open March 10, and we expect more specifics will be available around that time.