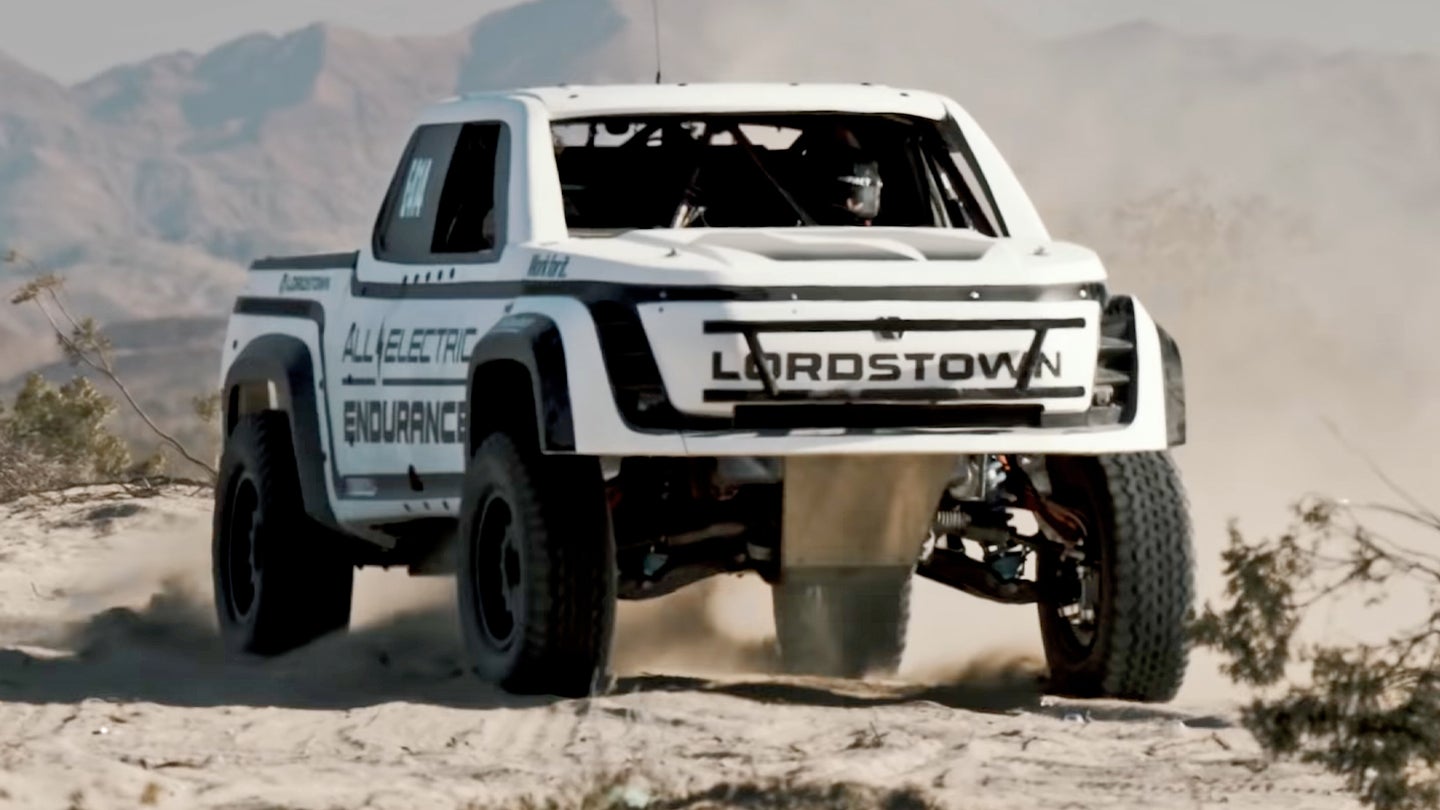 Ohio-based EV startup Lordstown Motors made its way to Baja California over the weekend to take place in the brutal desert race known as the San Felipe 250. The manufacturer brought along the electric skateboard which underpins its upcoming battery-electric pickup, called the Endurance, which would enter the 242.8-mile trek as a method of testing and data collection.

After completing the first 40-mile leg of the race, Matthew Blanchard, Lordstown Motors' director of security and the vehicle's driver, stopped to top off the Endurance's charge. The team also took this time to review telematics data regarding the vehicle's off-road performance and soon determined that it wasn't aligned with what was expected from the race. Lordstown Motors then announced that it would stop at this point and officially withdrew from the remaining 80+ percent of the race.

According to a statement from Lordstown, the truck's telematics data revealed that it had been using significantly more energy to complete the 40-mile stint than originally anticipated. Engineers had modeled an energy consumption factor of three times the usage of normal road driving; however, the actual data showed around four times the usage. Lordstown's race team believes that this was due to the larger tires and increased power needed to traverse the deep sand throughout the course.

Given that the next portion of the race would be a 65-mile stage with 1,750 feet of net elevation, the team worried that the truck could come to a halt in the middle of mountainous terrain with no way to bring charging equipment to the vehicle. It became clear that it was time to withdraw from the San Felipe and take the lessons learned home to Ohio.

Despite the failure to finish, Lordstown says that it gained valuable insight into the harsh conditions that the truck and skateboard were subject to during the tough 40 miles, which was the goal all along. It says that the vehicle's in-wheel hub motors were able to provide superior traction throughout the course and that the battery pack and its thermal management system were able to work efficiently despite the actual power usage being higher than anticipated.

Now, the fact that Lordstown Motors didn't finish the race shouldn't come as a complete surprise—and that's not a complete dig at the company, even though it's had its fair share of problems on normal roads. Rather, it's a testament to the difficulty of the course. Baja is a tough test for any vehicle, and not all participants will complete the entire loop; established players like Ford have also had trouble racing there the past two years. When introducing battery power into the mix, a number of additional concerns come into play, including charge longevity and the ability to replenish a depleted battery in a remote location.

While it may have thrown in the towel this year, the electric automaker says it's not disappointed in the results and is ready to get back on the saddle again in 2022. The data obtained from the course will be brought back to engineers stateside and used to improve Lordstown's products ahead of launch...whenever that'll be.