The hopeful EV maker says it can operate into next year, but investors balked at its production projections. 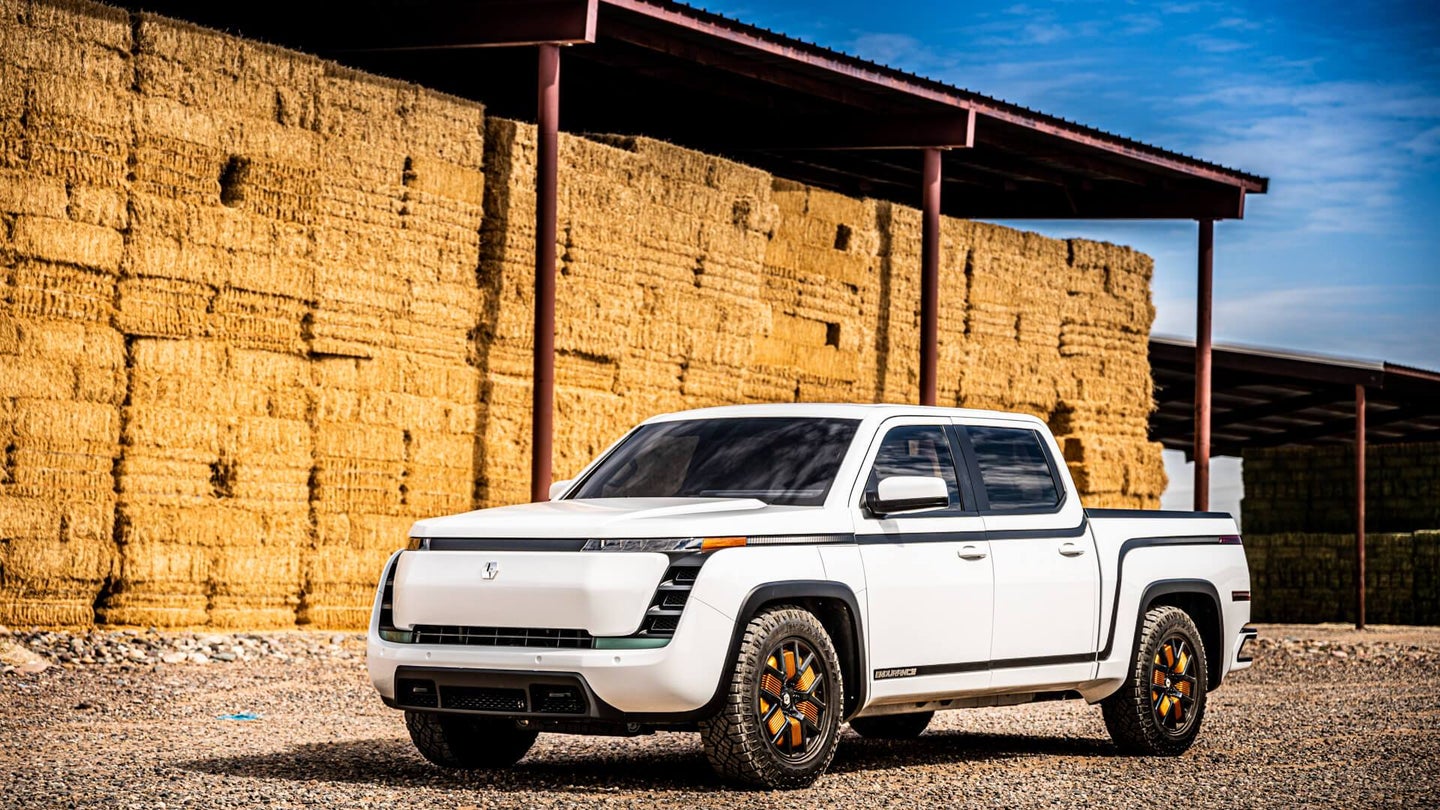 It's not news that Lordstown Motors is in big financial trouble. After Lordstown posted a fresh raft of losses on Monday, though, General Motors confirmed that it has sold $7.5 million worth of shares it held in the hopeful electric truck company. But a bailout from Foxconn looks set to keep Lordstown afloat, even before the startup's factory sale.

Lordstown purchased its only factory from GM after it pulled the plug on running its own operations there. Reportedly, the sale was for just $20 million and GM's share purchase was to help Lordstown find the funds for it. Ever since, Lordstown has been embroiled in chaos, and GM's investment has represented about five percent of Lordstown's overall value.

GM spokesperson Jim Cain told the Detroit Free Press that the shares got sold at the end of last year, on the open market. "We were a small investor in the company, the goal was to help facilitate the sale of the plant and the restart of production," Cain explained.

Lordstown's severe financial woes have led it to pursue a buyout of its factory from iPhone maker Foxconn, which is moving into the EV space to make models for Fisker at Lordstown's Ohio plant. According to the Detroit Free Press report, Foxconn has already paid Lordstown $200 million of the factory sale's potential $230 million value, even though it has yet to close the deal.

There's a further $250 million hole in Lordstown's long-term viability, after the Foxconn money. CEO Dan Ninivaggi said during an earnings call that it's one of "the most challenging situations I’ve seen." He then reassured Wall Street analysts that the company currently had funds to operate into 2023, including building 3,000 of its Endurance electric pickups by next year's end.

While Lordstown has built a handful of prototype Endurance trucks, they've yet to perform as intended. The first road-going prototype caught fire 10 minutes into its initial test drive, while another—which Lordstown entered in a Baja race—was retired after 40 miles due to unexpectedly huge battery consumption. These problems are but a few that Lordstown has faced, many of which were highlighted by short-seller Hindenburg Research, who also claimed the company faked orders for its Endurance pickup.

Lordstown Motors Might Have to Sell Its Only Factory to Foxconn

According to reports, Foxconn is in the frame to refinance Lordstown’s operation by buying its factory.