Lordstown Motors Might Have to Sell Its Only Factory to Foxconn

According to reports, Foxconn is in the frame to refinance Lordstown’s operation by buying its factory. 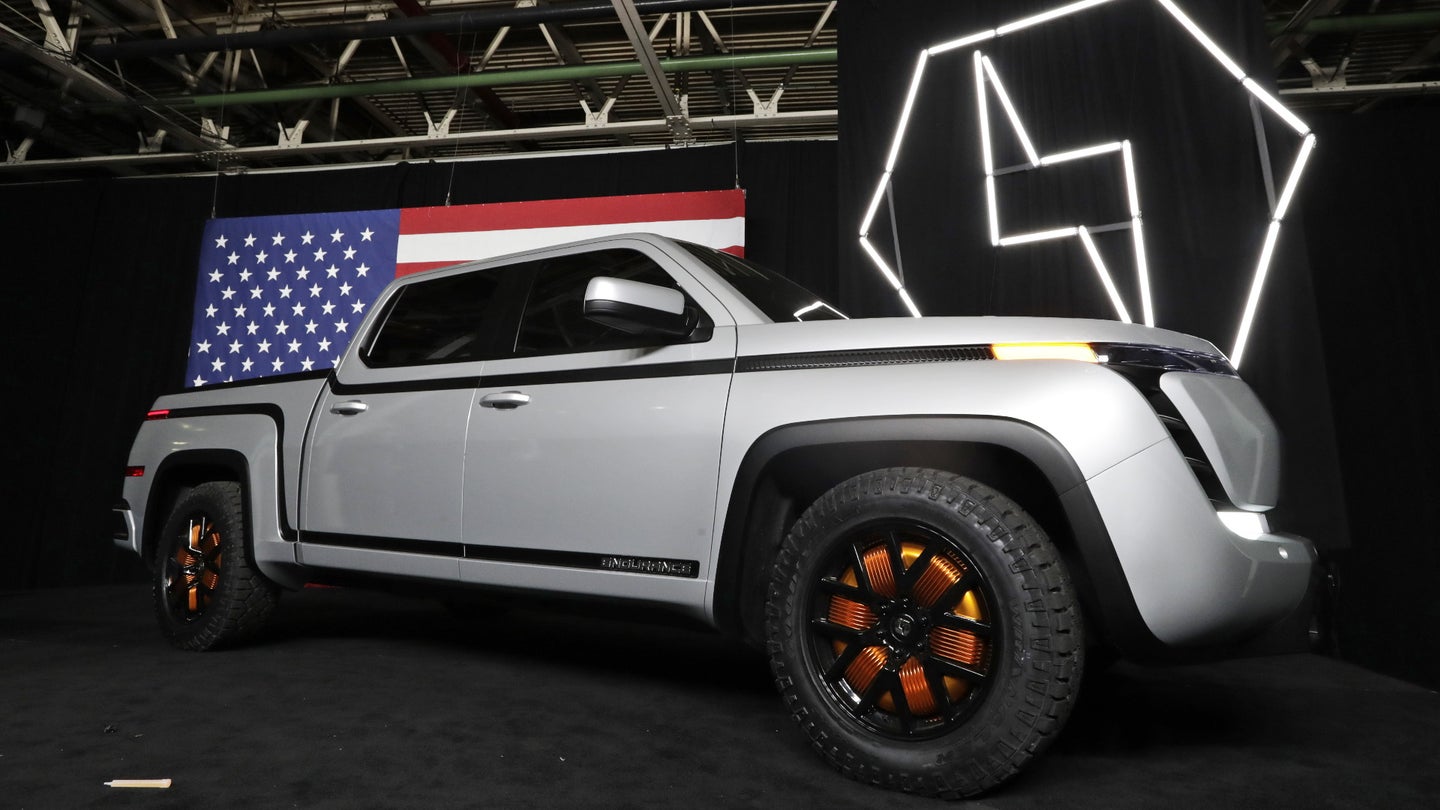 Lordstown Motors has not been having a good time for, well, a long time now. At the minute, its biggest problem is needing money which, while relatable, isn't a good state for a car company to be in.

Bloomberg writes that Lordstown might have found a way to raise it, via Foxconn. According to the report, if Lordstown goes through with the sale, then it would be able to share its production factory with Foxconn, which also happens to manufacture iPhones.

Foxconn announced to investors that it was going to build EVs in the United States and Thailand and that it was looking to build factories. One way to fast-track that is to buy Lordstown's, of course.  It's a mutual win and a really important one for beleaguered Lordstown. The factory sale would raise enough money to stem at least some of its current problems but also bring the benefit of Foxconn's manufacturing to the plant, which would be extremely good for employees' prospects.

What else is good for Lordstown is that just the rumor that it might get bailed out has sent the startup's share price rising. Up 8.4 percent before trading started on Thursday, it might not be out of the water but a lifeline's been thrown.

Lordstown's a difficult nut to crack. It's got some massive problems right now, up to and including not really being capable of making cars. And also being investigated for massive fraud, having faked orders of the Endurance pickup to encourage investors.

Foxconn, on the other hand, is having a great time. The Taiwanese company agreed to develop an all-new vehicle with Fisker (sadly not the Popemobile) currently called Project PEAR and as a semiconductor supplier, Foxconn will be one of the few manufacturers not having to worry about the ongoing shortages. That could be another huge advantage for Lordstown.

Project PEAR is—at least, from what's been said about it so far—an extremely different car to Lordtown's Endurance. This might be a problem if they try to share assembly lines but would be fine for things like robots handling high voltage packaging. It also means the two won't be competing with each other.

Allegedly PEAR will be aiming for a price-point below $30,000 before any EV incentives are applied. The vague picture Fisker posted also hints at something sedan-shaped or at least, definitely not a truck.

Got a story tip? Email tips@thedrive.com