This AI-Driven App Can Diagnose Engine Problems From Sound Alone

It’s way better than that neighbor who always asks if you’ve tuned your carburetor jets. 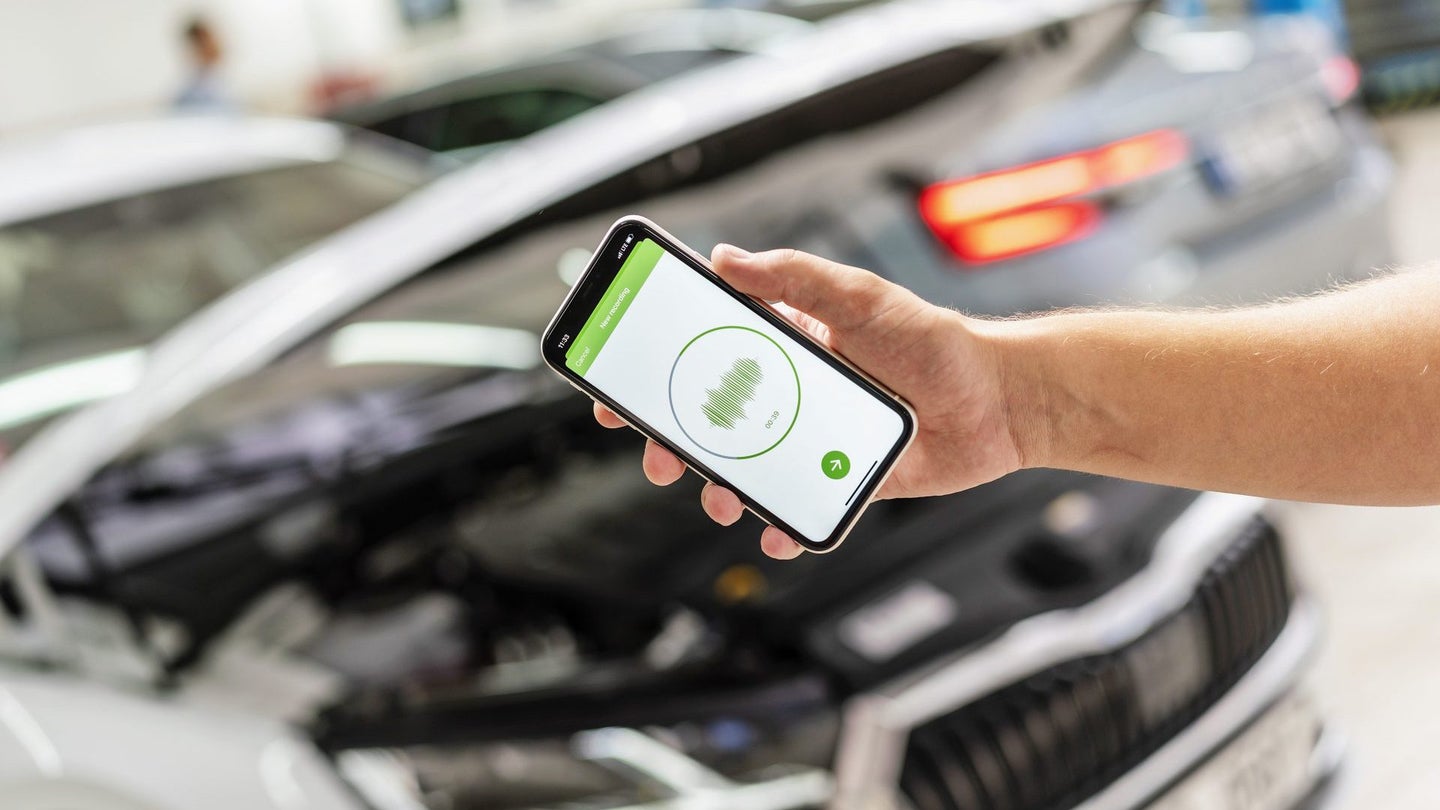 On-Board Diagnostics (OBD) was a welcome miracle when they arrived on the scene in the late '80s and early '90s. Since then, the tech has evolved into the more mature OBD-II, which can more accurately pinpoint malfunctions and may soon even operate wirelessly if an auto industry scare campaign falls flat. But Volkswagen's Czech brand Škoda hopes to simplify repair even further by way of a smartphone app, one which plies artificial intelligence and audio recordings to diagnose drivetrain faults.

Compatible with any widely available smartphone or tablet, Škoda's "Sound Analyser" can convert a recording of a running engine into a spectrogram, which it compares with stored examples generated by healthy and unhealthy engines. Accounting for "vehicle-specific parameters" and "the usage profile of the respective car," the app can then identify failures in major systems such as the air conditioning compressor, power steering system and DSG transmissions’ clutches, or even predict the need for service of them.

Škoda says the tech has been in trial at 245 dealerships across 14 countries since June of 2019, and has scored an accuracy rating above 90 percent. Being A.I.-based, the recognition software refines and updates itself after false positives are identified.

But hold your horses on rushing to download this app for diagnosing problems on your 1966 Ford dump truck. Škoda's talk of the app using "various vehicle-specific parameters" seems to imply the app is calibrated around current Škoda products, and thus can't be used to identify the source of ticking on a Ford flathead or Toyota 3S-GTE. We've reached out to Škoda to confirm this, and we will update when we receive comment.