What Does The Cockpit Of A Formula E Car Look Like?

Porsche’s future Formula E drivers are going to have to learn all of this to catch up to the pack. 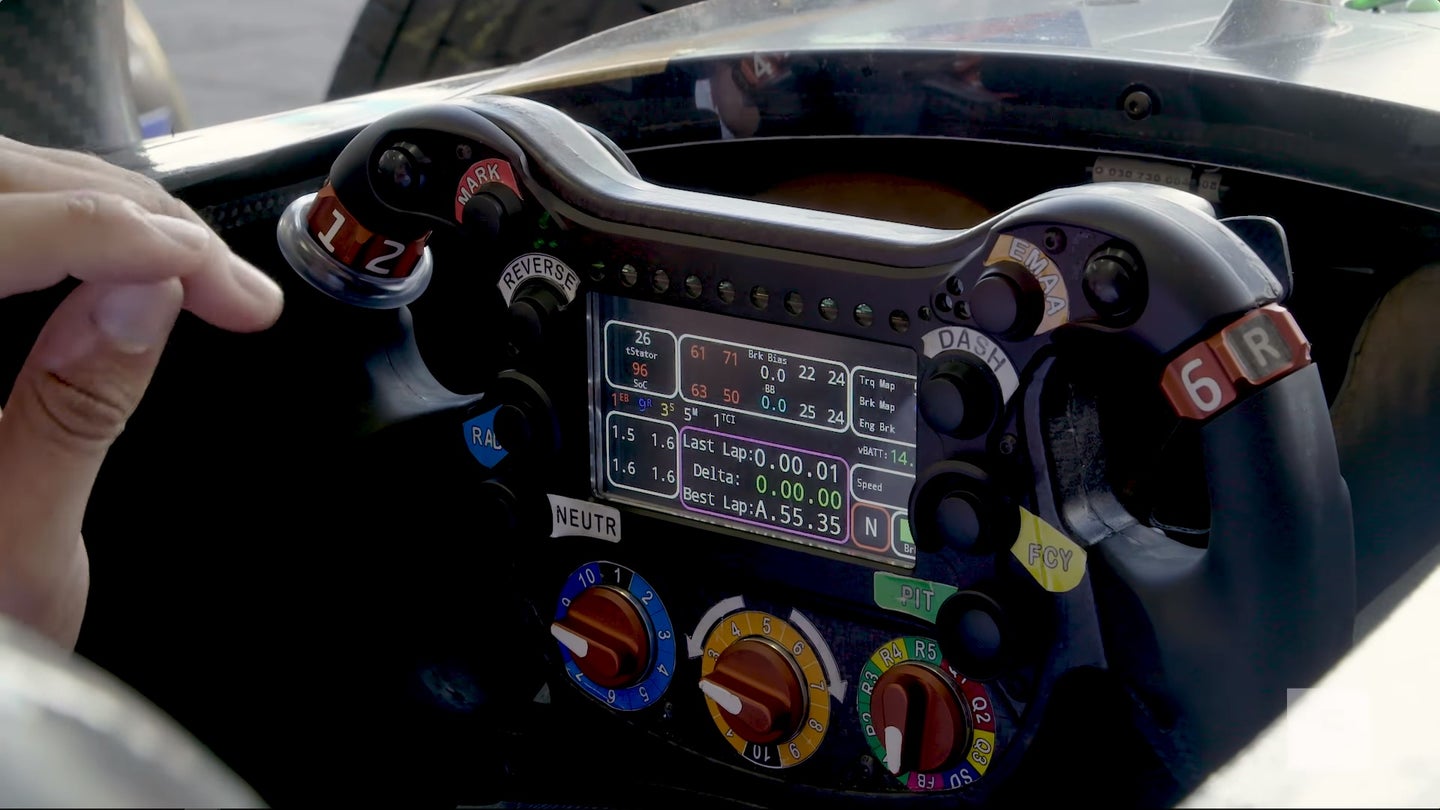 Porsche's current ace open-wheel driver, Andre Lotterer, will be joining the Formula E grid with the Techeetah team - the very team in this video - before likely joining Porsche in their pursuit for the 2018/2019 season. It'll be a good opportunity for Lotterer to learn the ins and outs of the series, which is quite different from the WEC LMP1 car he currently drives for Porsche, and different in another way from the Japanese Superformula series that he races in Japan. Combine those two series, the technological advancement of WEC with the open wheel high-downforce sensibilities of Superformula, and you've got a pretty good start at a Formula E career.

This video from the Formula E channel on YouTube will show you what the cockpit of an FE car looks like, including the wildly communicative steering wheel. There are traditional things you'd expect from a steering wheel in a modern race car, like functions for radio, full course yellow conditions, reverse engagement, and pit speed limiter. There are a few EV racing only knobs that control things like energy regen under braking, power delivery modes, and the 'lift-and-coast' functions of the electric motor engagement. The video also includes an interesting description of the "Mark" button and its function in data logging. I found the discussion of how the paddles on the back of the wheel operate different systems.

Of course, not every Formula E steering wheel will be exactly the same. Some teams use multiple forward gears, and would require at least two of their paddles to operate gear change. Teams that don't use a multiple-gear box obviously don't have a need for such operations on their wheels. Should be interesting to see how Porsche aces get up to speed.