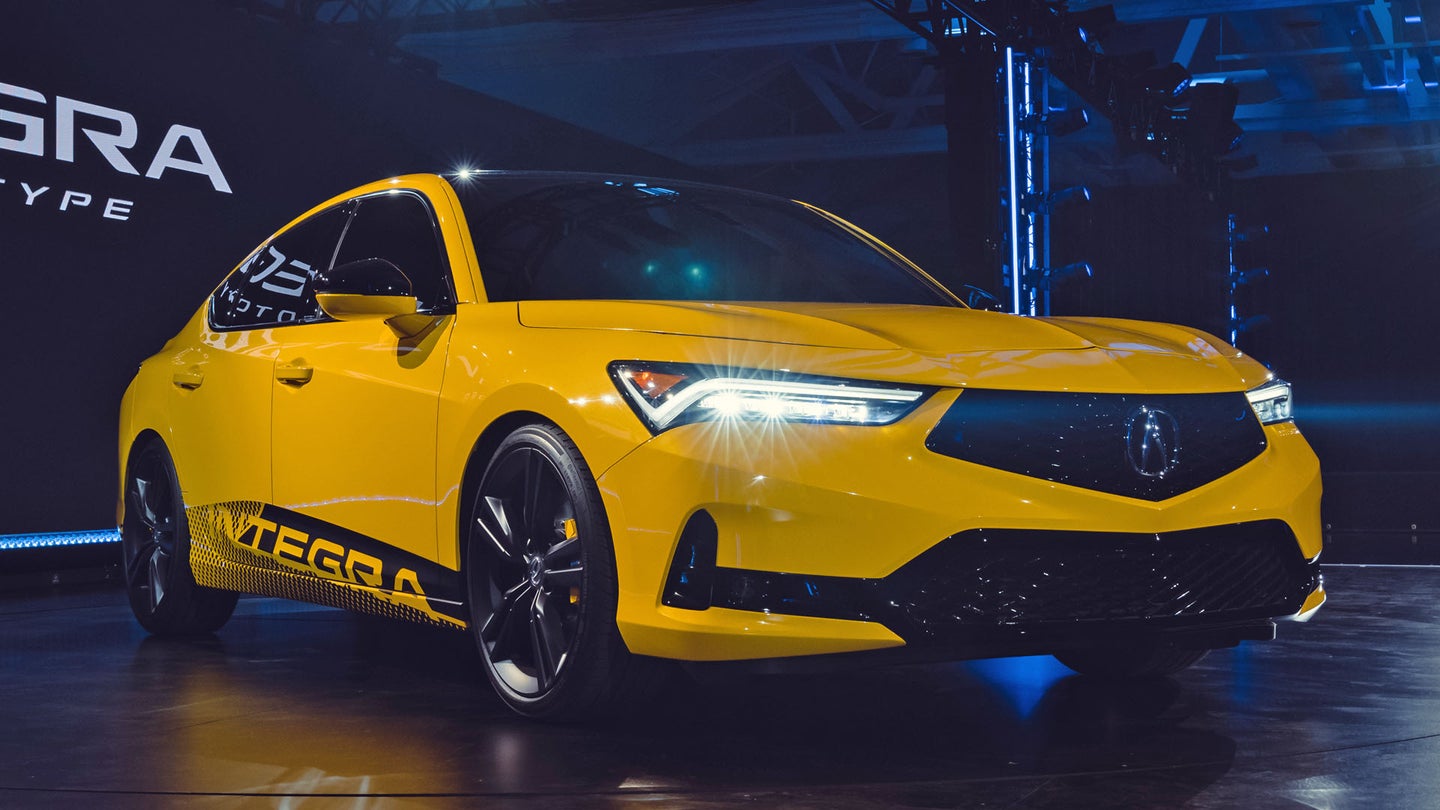 Acura surprised everyone at Monterey Car Week last year when it switched gears and revived the Integra name instead of revealing a new ILX for the world to enjoy. We've only seen what Acura is calling a prototype of the car, though we know it'll get a turbocharged 1.5-liter engine, a different interior than the Civic it's based upon, and most importantly, a manual transmission. This is all good news.

If you're not still upset that the Integra will be offered only as a four-door, we have some more good news. You can put your name down to reserve one of the sports sedans from Acura starting on March 10. If you really want one, this is what you wanna do. It may be one of the few ways to avoid a dealer markup, the likes of which are affecting everything from the new Hyundai Ioniq 5 to the Mitsubishi Mirage.

Reservations will be handled by participating dealerships, the automaker says. There's currently no word on how much it will cost to reserve one, although Acura has previously stated the car itself will start at around $30,000. Just the same, no one outside of Acura has really driven an Integra yet, although considering it's based on the current Honda Civic, it will probably be exceptionally good.

We hope to hear more details about the car before reservations open next month. The average Joe buying one of these will likely want more info, too. It's great to know it has a stick and a turbo, but we're looking for hard details like horsepower figures. Here's to hoping it'll at least match that of the new Civic Si, which makes 200 hp and 192 pound-feet of torque.