Burnout videos often show just a shrouded mess of smoke and noise. Not so with a thermal camera. 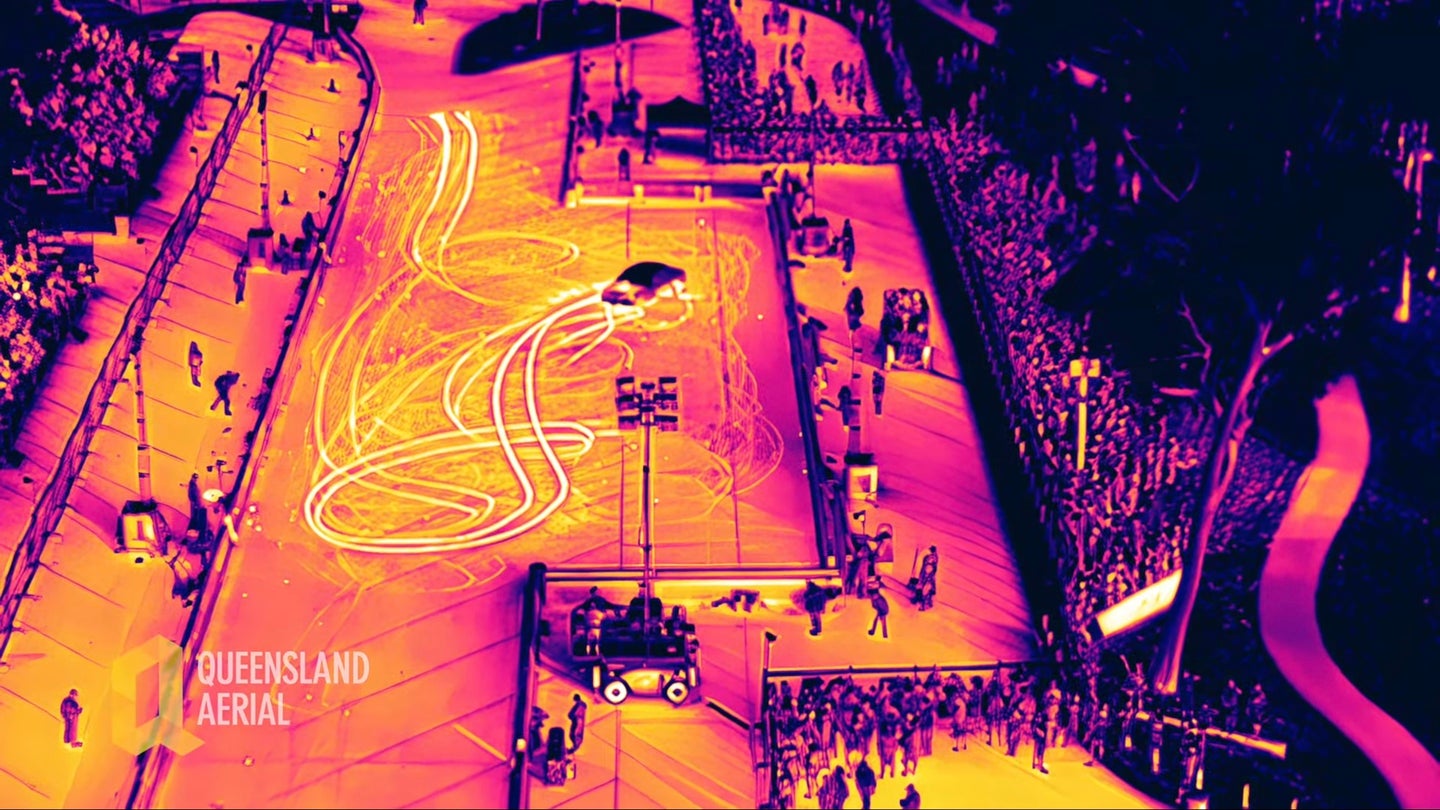 The video documents a pair of minute-long tire-destruction sessions done at a burnout competition. The magic of infrared thermal cameras lets us cut through the action-obscuring smoke and see very clearly what the car is actually doing, as well as the heat that's being generated.

We can see the little rooster tails of rubber coming off of the rear tires as well as the white-hot skidmarks being left on the pavement. Instead of just a huge blob of black, old rubber, the result looks more like a purple neon modern art piece.

Scrub to around 55 seconds in and you can also see the first car's tires giving out, sending sizeable chunks of heat flying quite far—actually precariously close to event personnel. I know it's not "cool" to care about health and safety (and looking at the regular camera view it does look like at least some of those workers are wearing protective gear), but from where I'm sittin' at least, it kind of looks like an... incident waiting to happen.

That said, I'm also the kind of person who prefers to stay away from baseball games over an irrational fear of getting clubbed in the head by the ball, so maybe it's just me.

Let’s Roast Some Tires and Teach You How To Do a Burnout!

Warning: Do not attempt without a professional and the proper precautions.