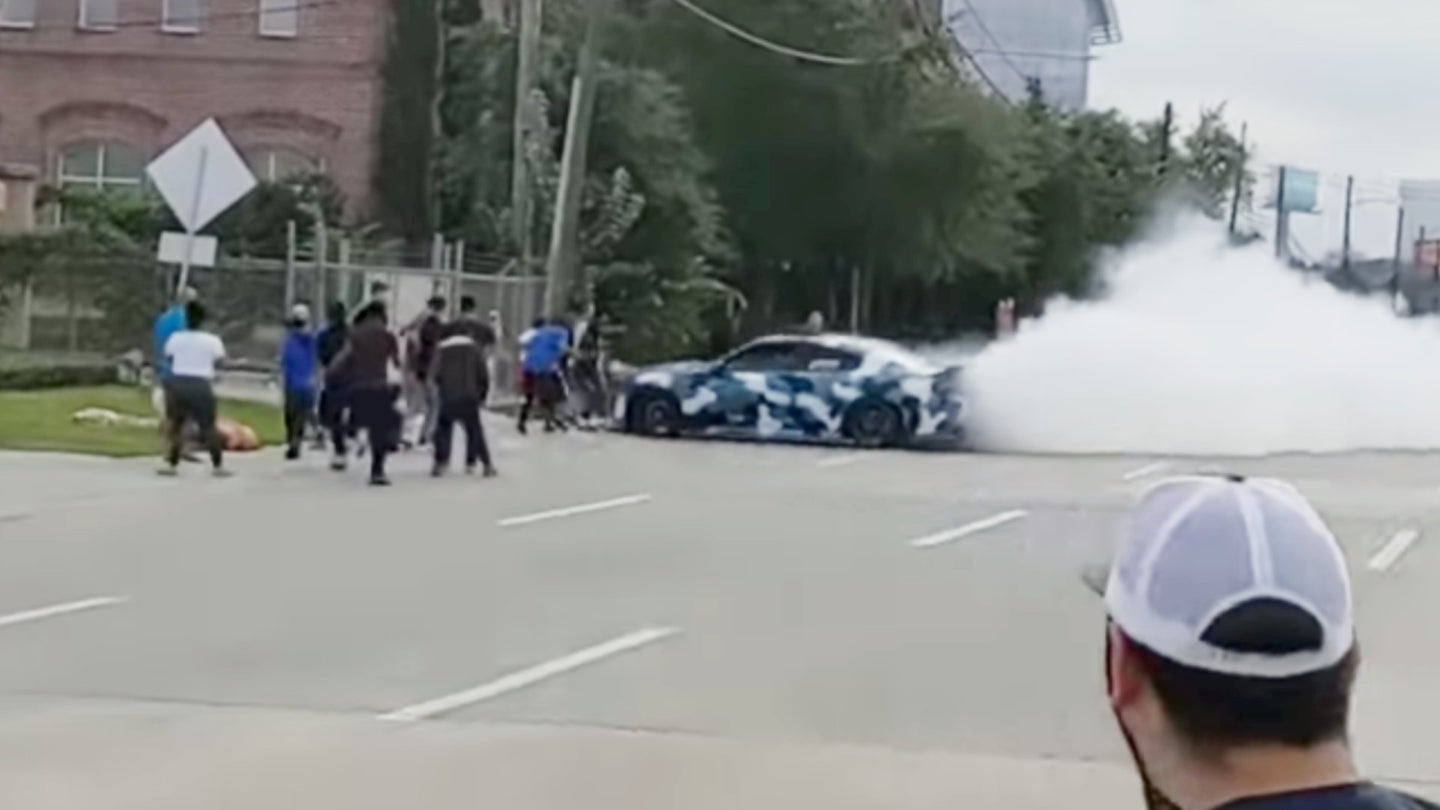 Best case scenario, street burnouts result in a superficial ego boost and your peers probably thinking a little less of you. Worst case scenario, you end up losing control and running into said peers while everyone records you on their iPhone. We've seen that last bit happen countless times to showboating Ford Mustang bros, but now, the disease has spread to a Dodge Charger #ScatLife fanboy who couldn't help but put it in a fence. Not before he hit a few folks with his rear bumper, though.

It all went down after a Houston car show and rest assured, there were plenty of other people out there doing the same. They kept it on the road, of course, or else we'd be writing about them instead of this cat. Around the video's 3:10 mark, you can see the Charger line up and break the rear tires loose, putting on a decent show for those cheering out "SPIN 'EM!"

It didn't last long, as you've probably guessed by now. Instead of going zero to 100 real quick, he went the opposite and parallel parked his Mopar right where a group of car nuts was standing.

While the blue camouflage might not be the most tasteful wrap out there, you've at least got to give him credit for taking off those dang splitter guards. The Charger sounds great, too—a 392-cubic-inch Hemi comes in handy here. All that said, plastering your car with your Instagram and YouTube handles isn't a good look, especially when you're busted stunting on public roads.

Oddly, after searching for this guy on Instagram, I couldn't find @1SiKKSCAT anywhere. Then, a dubious YouTube hunt turned up no channel results for "SCAT LIFE." You can try if you want, but I'm not typing that into Google.

Everyone involved seemed to be okay, albeit shaken up after the smoky incident. Not that the driver would know as he sheepishly showed his face on camera, navigated around the rest of the onlookers and drove off in a hurry. That guy in the blue shirt took quite a hit from the Charger's trunk lid at waist level—someone should definitely check on him, and maybe give him the driver's number if they've got it.