Listen to This Hellephant-Powered, Carbon-Bodied 1970 Dodge Charger Send It on the Dyno

That supercharged 426 V8 is getting put to work. 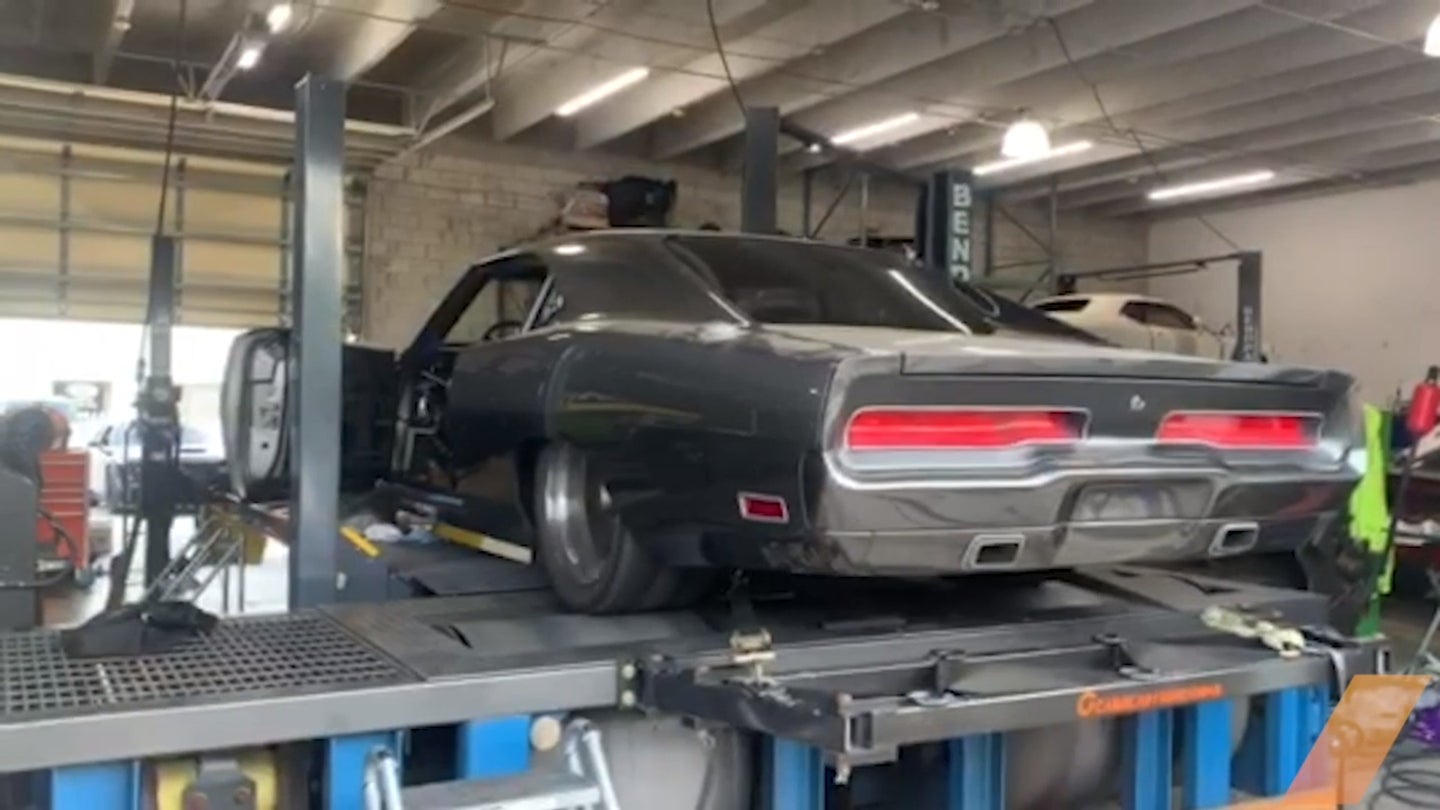 Just north of Milwaukee lies a tuner shop known around the world for its insane high-horsepower builds. SpeedKore has pumped out some of the most interesting modern takes on classic muscle cars in recent years, and its newest example is no exception. Meet the carbon-bodied, Hellephant-powered 1970 Dodge Charger that’s packing the punch of around 1,000 horsepower.

Let's get right into the meat of things, because we all know that you came here for the sweet, sweet music of an American V8 doing its thing on the dyno. This Charger makes for the perfect host of a modern Mopar powerplant, and the symphony it will play you from its bumper-integrated tailpipes is absolutely unrivaled. Don't believe us? Have a listen for yourself.

The actual numbers produced by the blown 426-cubic-inch V8 are still being worked out, but SpeedKore says it expects around 900 wheel horsepower once tuning is complete. The factory-rated output of the crate engine measures 1,000 horsepower and 950 pound-feet of torque at the crank, so that goal is certainly realistic. The power will be output to the rear wheels via a ZF 8HP90 eight-speed automatic transmission, which is the same transmission found in the Dodge's Hellcat-trimmed cars sold today.

SpeedKore also shared a photo of the engine bay on Facebook earlier this week, showcasing just how neatly the crate engine fits nestled into the custom tube chassis built for the car. It's also hard to miss the beautiful carbon fiber work on the fenders, cowl panel, and even the A-pillars.

It will be a little while longer before we know the actual numbers put down by this Charger, but anything with a four-digit number on the dyno surely has our respect. Couple that with carbon fiber body panels and a lightweight tube chassis, and you've got a modernized take on classic muscle.

We trust that SpeedKore knows what its doing—after all, some of the biggest celebrities and names in the automotive industry have trusted the firm enough to buy a SpeedKore-built car. That includes the Head of Design at Fiat Chrysler Ralph Gilles, pro wrestler Bill Goldberg and even Robert Downey Jr., who owns a 1970 Ford Mustang Boss 302 and 1974 BMW 3.0 CS built by the firm. Lets just say if it's good enough for Iron Man, it's good enough for me.

You Could Have This 1,000-HP ‘Hellephant’ Crate Engine Tomorrow, But It Ain’t Cheap