You Could Have This 1,000-HP 'Hellephant' Crate Engine Tomorrow, But It Ain't Cheap 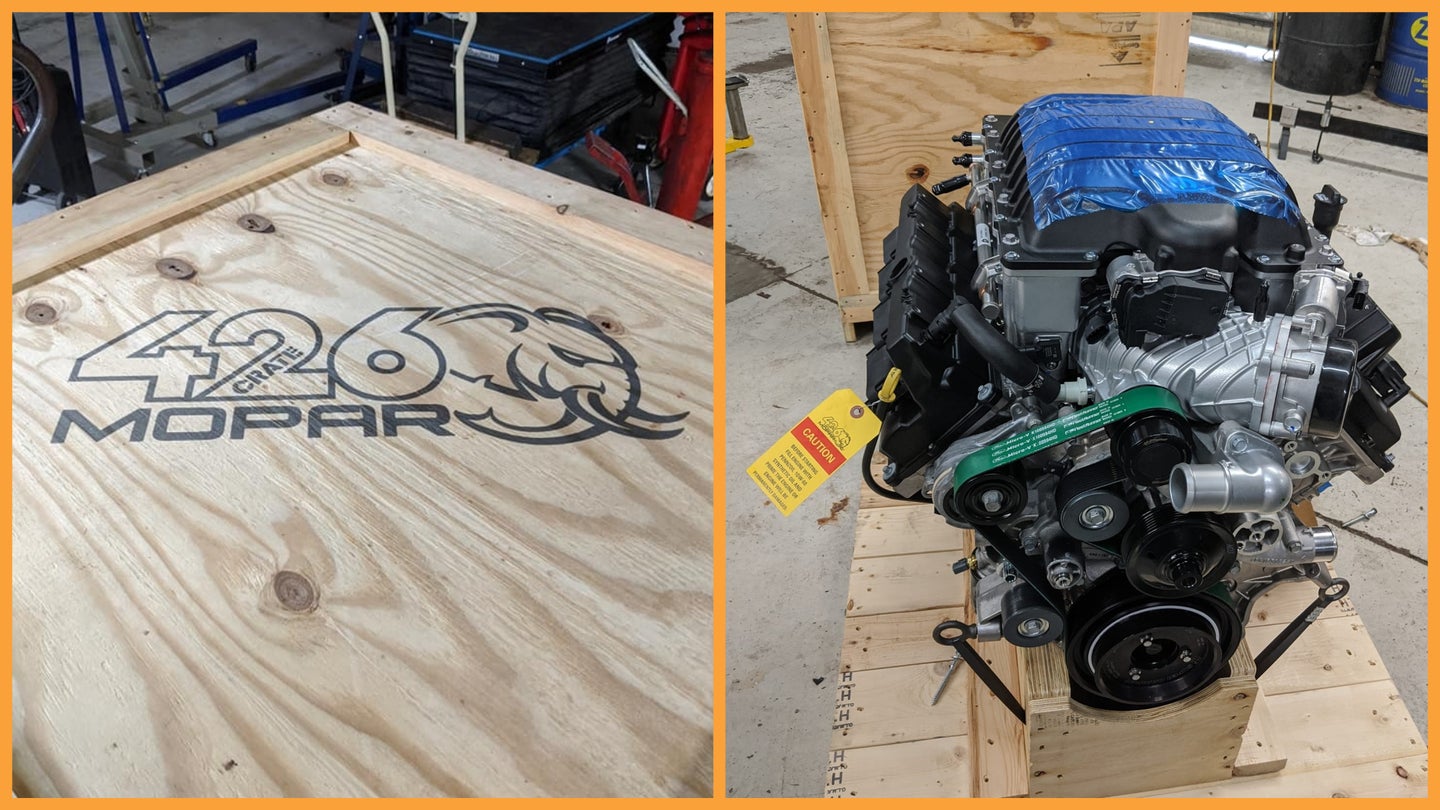 Mopar lit the SEMA show floor on fire in 2018 with its 1,000-horsepower "Hellephant" crate engine, a supercharged 426-cubic-inch V8 of which only 100 were available for pre-order. Those who got their bid in early have been waiting months to receive theirs and now, upon delivery, one dealer is selling its near-unobtanium power plant. Of course, it won't come cheap—the asking price is $35,000 plus tax, or about the same as a 2020 Dodge Charger R/T.

Humboldt Chrysler Dodge Jeep Ram in Tennessee claims there were 10 months between order and delivery of the heavy-hitting V8. They say the plug-and-play kit is still on the way, though if anyone scoops up the engine beforehand, it can be shipped over for an additional $2,300. For someone looking to simply toss the Hellephant into their project car, the kit would be a major asset, though not totally necessary for every case. Additionally, the front end accessory drive setup is available for another $700 if you need an alternator, power steering pump, belts, and pulleys.

In all, the price of the engine is about $5,000 over the original MSRP. Once you factor in the add-ons, which also cost extra from the factory, the sticker approaches $40,000. That's a lot of money for an engine, without a doubt, and ultimately, it's only worth what someone will pay. Other shops quickly moved their units upon delivery by selling them right at the initial retail price, though you can't find a Hellephant on every corner.

For the engine nerds amongst us, the Hellephant boasts some impressive stats aside from its 1,000 hp and 950 pound-feet of torque. The aluminum block has a bore of 4.125 inches with a 4.0-inch stroke, and the Hemi heads are also made of aluminum—nothing too crazy, but respectable nonetheless. As for the valvetrain, it's borrowed from the quarter-mile-slaying Challenger SRT Demon. The 3.0-liter supercharger then adds another dimension of power, pushing output to the four-digit mark.

If you're rushing to piece your car together for a make-or-break show, then maybe the extra $5,000 isn't that big of a deal for you. If you're willing to wait, however, it's our guess that you can find a cheaper solution—perhaps from Mopar itself.