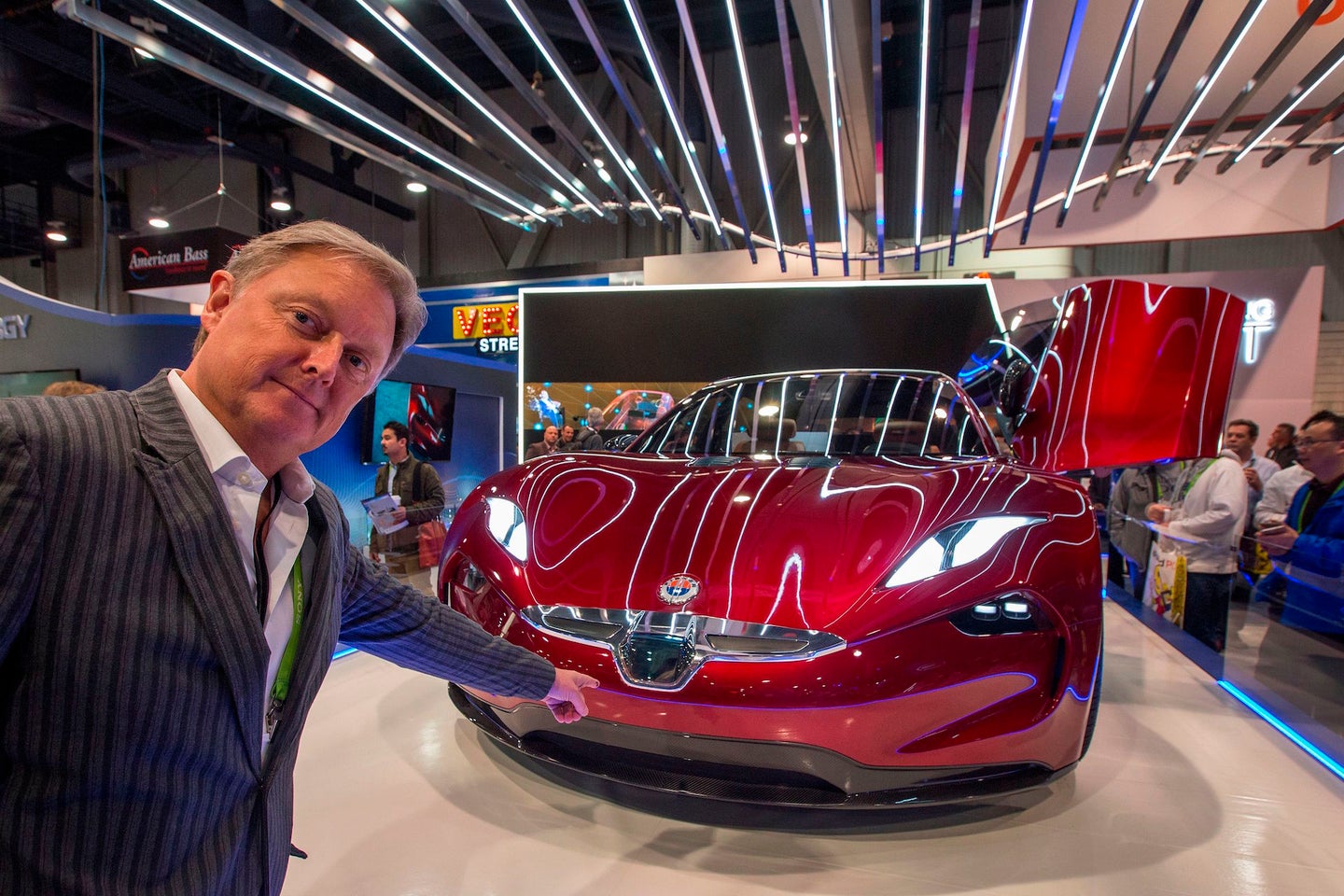 Fisker Inc., the electric car manufacturer and Tesla rival, has big plans in the works. The Drive spoke with CEO Henrik Fisker about his plans for solid-state batteries and his upcoming electric and autonomous vehicles.

Fisker, the controversial innovator who designed the BMW Z Series and the Aston Martin DB9, is creating his own line of patented solid-state batteries.

Solid-state batteries are comprised of solid electrodes and electrolytes. According to Fisker, solid-state batteries are non-flammable, fast charging, affordable to use, and work in extremely cold temperatures down to -35 degrees Fahrenheit. They can also store more energy than the hazardous lithium batteries, which can overheat and explode.

“We believe solid-state batteries are the future for electric vehicles,” Fisker told The Drive.

Fisker is working with Dr. Fabio Albano, a scientist who spent 15 years researching batteries, and filed a patent for the innovation in November.

Toyota, Honda, and BMW also recently announced that they would make the switch from lithium to solid-state batteries. Toyota will use batteries from energy company Ilika, and BMW will partner with Colorado-based battery company, Solid Power.

The EMotion, already nicknamed the “Tesla killer,” boasts 400 miles per charge, compared to the Model S, which only provides 335 miles per charge. However, the EMotion, which caps out at $129,000, is quite a bit steeper than the $95,000 Tesla.

The EMotion will also reach an impressive Level 4 on the automation scale, meaning it will be almost completely driverless, with the option of driver intervention in rare circumstances or during inclement weather.

“Our aim is to get to a point where you can truly relax when you are in autonomous mode,” Fisker said.

Hitting the market in 2020, the EMotion will be one of the first Level 4 cars available, followed by Waymo’s ridesharing model in 2021 and the recently announced Renault EZ-GO in 2022.

Today’s most advanced autonomous models are from Tesla, and only reach a Level 2 on the scale.

“I think most car makers are aiming for Level 3 or Level 4,” Fisker said of future models.

Though recent buzz has circulated around the EMotion, the next model Fisker Inc. will release is the Orbit, an autonomous shuttle that’s planned for 2019.

The Orbit is a small, bubble-shaped bus-like structure that is geared toward businesses, airports and college campuses. Fisker is partnering with Hakim Unique Group, a Chinese company focusing on building smart cities.

According to Fisker, the Orbit will feature free Wi-Fi and charging stations, and riders will be able to use a “Fisker app” to view the shuttle’s schedule and track its whereabouts.

Fisker doesn’t believe transportation will ever be fully autonomous, or limited to cars, for that matter. Toyota’s Simon Humphries’ recently said that autonomous vehicles would phase out mass-market cars, but Fisker disagrees.

“I think in the future we will have a menu of mobility options,” Fisker said. “I think we will still own cars in the future but we will only use them 50 [to] 60 percent of the time.”