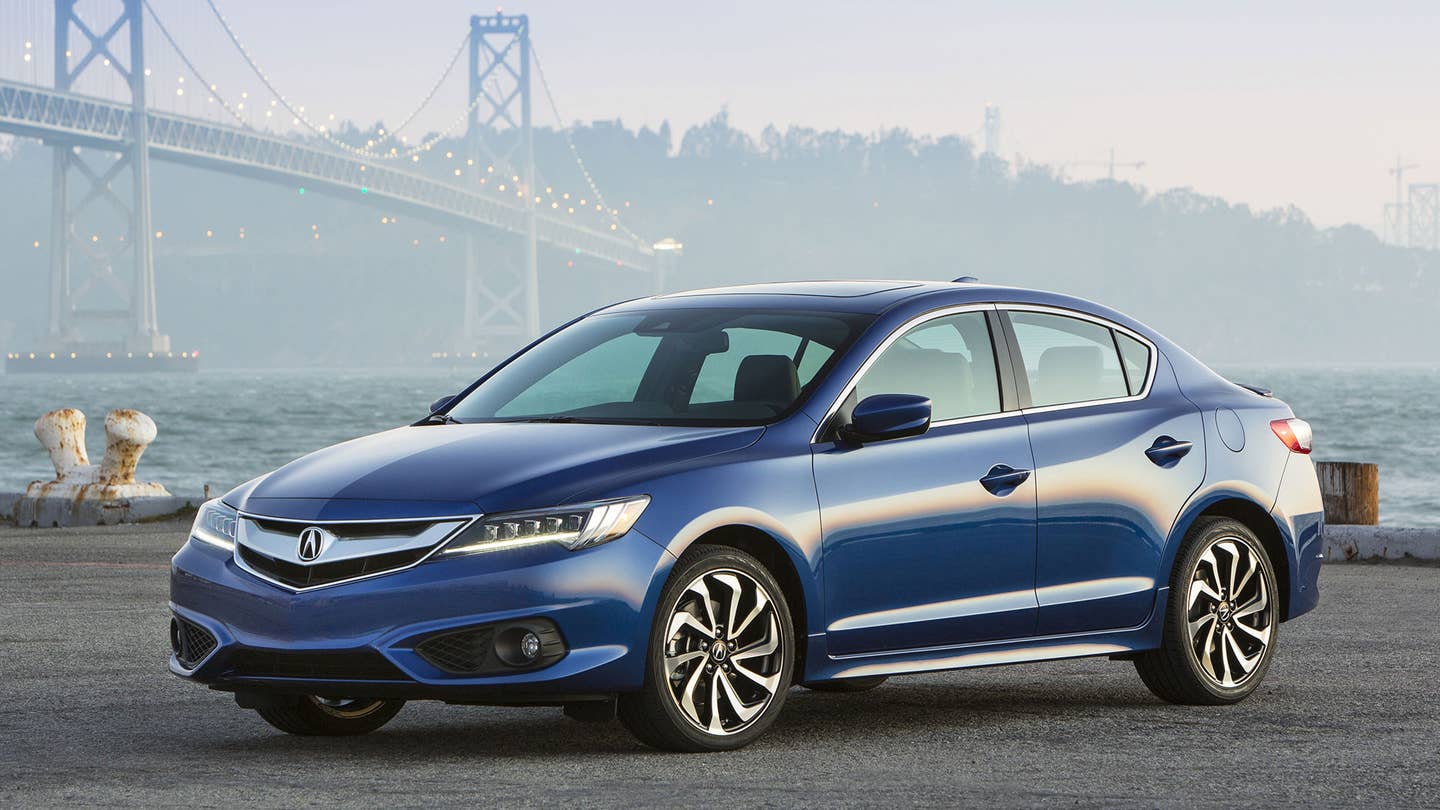 Welcome to Critic's Notebook, a quick and off-the-cuff collection of impressions, jottings, and marginalia on whatever The Drive writers happen to be driving. Today's edition: the 2017 Acura ILX.

I wanted to like the Acura ILX. I really, really did.

On paper, it sounds like the sort of car I'd buy. Peppy four-cylinder engine? Solid. Eight-speed dual-clutch transmission with paddle shifters? Suck on those two extra gears, GTI. The reliability and fuel economy of the beloved Honda Civic of my youth, with the fancy-pants interior and features of the entry-level luxury car I want as an adult? Sign me up.

And in pictures, it looks like a firecracker of a compact sedan. The broad-shouldered front end, the superhero grille, the hips blossoming from the sheetmetal implying—falsely, but seductively—a rear-wheel-drive setup. It all adds up to a car that looks willing and able to cross swords with the best of the increasingly competitive entry-level luxury segment.

Ten seconds inside the ILX was enough to stick a pin into my inflated hopes. Thankfully, the ILX doesn't share that much of its interior with the much-maligned layout of the ninth-generation Civic with which it shares a platform; the instrument panel is blessedly un-bifurcated, and the center console angles out evenly between driver and passenger, preventing irritated comments from the shotgun seat about an inability to use the radio. But the ILX instead comes with a rather disjointed combination of buttons, dials, and touchscreen splayed across the console, steering wheel, and driver's zone, like a rejected Airbus cockpit design.

The ILX's interface is evenly divided between competency and frustration. For every single thing it does well, it does another thing poorly. Setting the climate control is a snap thanks to the hefty temperature knobs and easy-to-understand mode buttons; setting the stereo is a convoluted process requiring use of the car's aquarium-blue touchscreen. (Thankfully, the Acura deviates from Honda's recent habit of axing the volume knob for a swiping controller.) Using the cruise control is easy as pie, but sorting out which of the buttons for the driver-assist systems are on the steering wheel, or hidden at various altitudes in the nether regions to the wheel's left, is a mess of confusion.

Once in motion, the ILX's Prolecharian roots begin to rise to the surface. The inline-four provides decent thrust, especially in the middle of the powerband—but damn, does it sound and feel coarse for a car bearing a fancy nameplate. You can argue about whether the ILX is a luxury car (Editor's note: Nope) but there's no denying that this isn't a luxury car engine.

Likewise, the dual-clutch gearbox may share a basic layout with the fast-acting 'boxes in the likes of Porsches and Volkswagens, but the shifts aren't quite at that Germanic level. It holds up fine in automatic mode, but pop it into manual, and the transmission responds to flicks of the paddles with all the enthusiasm of a teenager taking out the garbage.

But there's plenty of good here, too. The suspension is taut enough to harbor some pretension of sportiness, and the seats, while high, do a good job of holding the driver in place. The car's compact dimensions make zipping through local traffic a breeze, and while it may not be as big a feat as it once was, any car that manages to look stylish and still get 35 miles per gallon on the highway should be considered at least a marginal success.

The ILX, it seems, is not meant to be the world's greatest Honda Civic,nor a reborn Integra. It's a car made as a solid choice for twenty-somethings who want a good looking car with a name that will make their parents happy, and their former college roommates a little jealous. It's sleek, it's stylish, and while it may not be particularly cheap, a few grand down and some favorable leasing terms put it comfortably within reach.

Case in point: Right now, Acura's website tells me I could pick up a three-year/30,000-mile lease on an ILX for $249 per month with $2,499 down. When it costs less per month than the average student loan payment and the down payment is less than plunking down first, last, and security on a decent Brooklyn apartment, this little Acura starts to look pretty good.