The most destructive wildfire ever in Colorado claimed a small piece of automotive history. 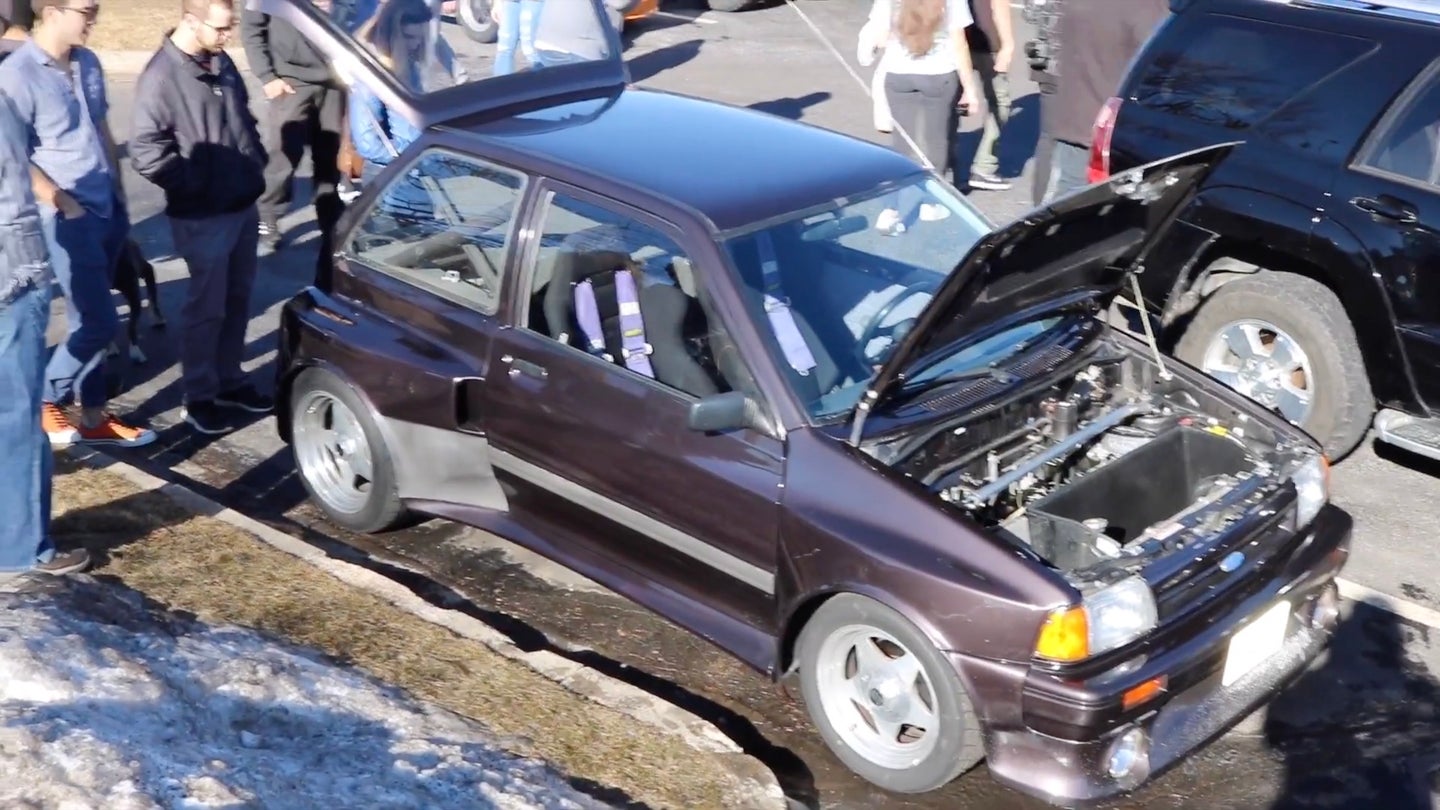 The sickening smell burnt plastic lingers over Louisville, Colorado; my hometown, and—as of last Thursday—site of the most destructive wildfire in state history, according to KDVR. A historically late first snow left the dead plain grasses dry, making them perfect kindling for an unidentified source of ignition and 100-mph winds to whip into a fast-spreading fire that damaged or destroyed over 1,100 buildings. In the scramble to evacuate, my family (and many others) had to leave behind precious heirlooms like family photos and home movies. Another had to ditch a treasure almost as irreplaceable: One of seven Ford SHOgun hatchbacks, which the fires burned down to its frame.

The SHOgun was a limited-run, mid-engined hatchback based on the Festiva, which the team of Chuck Beck and Rick Titus produced unofficially in the early 1990s. Rather than 1.3-liter Mazda four-bangers, they had 3.0-liter Yamaha V6s from the Taurus SHO—which, contrary to popular belief, wasn't intended to power Ford's forgotten mid-engined Ferrari fighter.

Their 24-valve aluminum heads with variable intakes allowed them to rev to past 7,000 rpm and produce 220 horsepower and 200 pound-feet of torque, which they sent through a five-speed manual to the rear wheels, not the front—the Yamaha V6 lived out back. It pushed the apparently sub-one-ton SHOgun down the quarter-mile in just 12.9 seconds at 100 mph, or quicker than a stock Toyota Supra Turbo as measured by Motor Trend.

Only seven SHOguns were built, and two of them are owned by Jay Leno, one of which has a nitrous system. One lived in the area of Louisville and was occasionally brought out to Cars and Coffee—I remember seeing it multiple times, and being unable to comprehend that such a rare car could be found in such a quiet little suburb.

It's a sight I'll never see again, as a photo from the aftermath of the fire shows what's said to be that SHOgun's burned-out husk, its fiberglass widebody burned away, its frame charred, and all its glass burst from the heat. The car is probably unsalvageable, though if its VIN plate survived, there's some chance it'll rise from the ashes on another Festiva built as a tribute car. Given that the owner would appear to have lost their home like thousands of others, though, odds are they'll have higher priorities for the foreseeable future.