31 Years After Getting Stuck, This Sunken 1968 Land Rover Emerges Again From the Sand

Buried in 1990, the seaweed-enveloped chassis rears its wheels whenever the sands of Hayle shift. 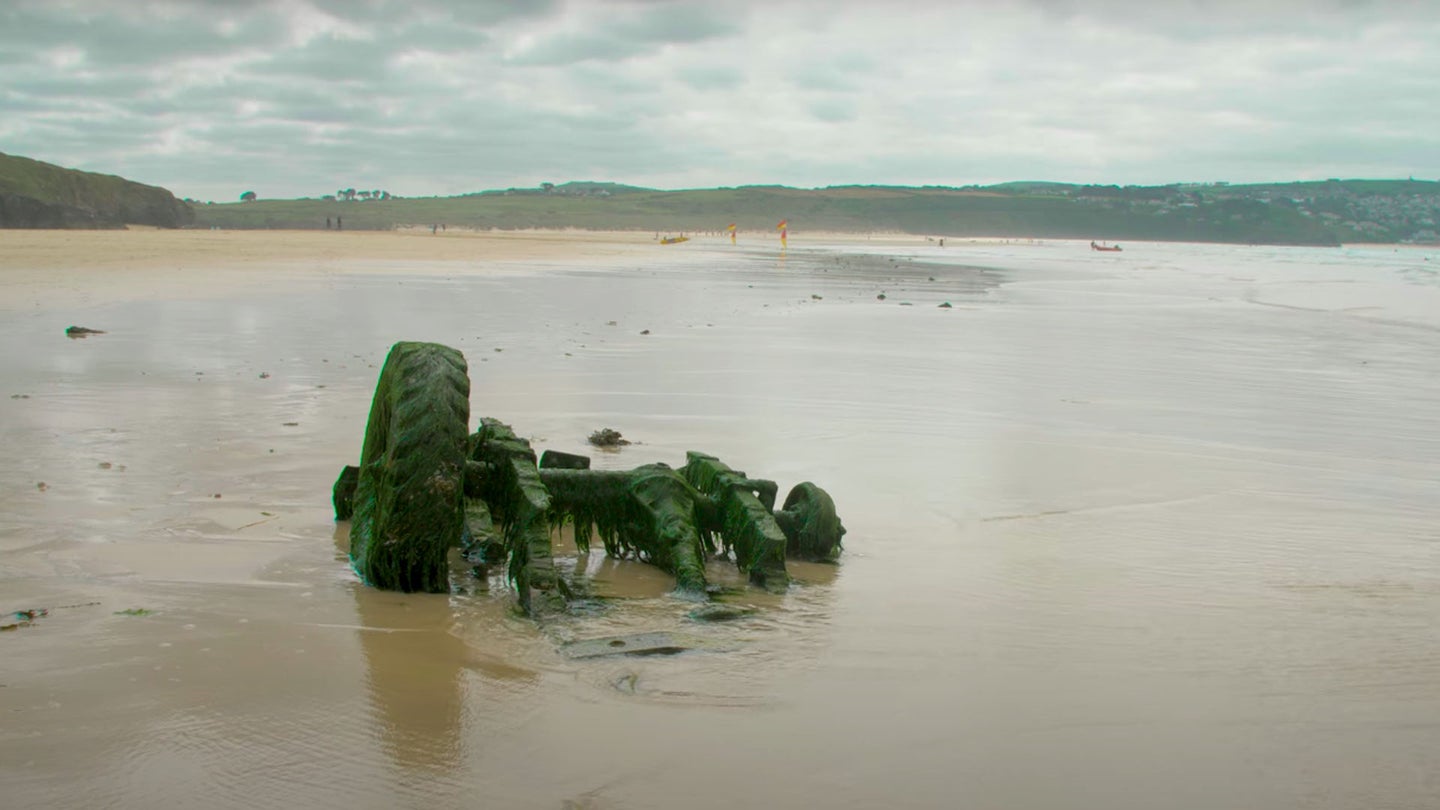 A Land Rover that sank into the sand on a Cornish beach 31 years ago has emerged again, serving as a weird green maritime reminder that parking your car on the beach is a really bad idea. This isn't the first time the chassis has made an appearance—it last popped up in 2017—and as all the sand shifts to expose it once again, that also means more weird stuff like mysterious secret roads to munitions factories and 128-year old shipwrecks.

As Cornwall Live recalls, the unfortunate car sank on Jan. 13, 1990, when owner Ronnie Hanney took his daughters to the beach in it. Photos belonging to Hanney's family show the 1968 Series 11A Safari still intact, which gives a bit of background for the story here. Those Landies weigh about 3,301 pounds unladen, so not the kind of lightweight vehicle suitable for leaving parked on unstable sands. By the time the sand was getting soaked by the tide, the car couldn't be retrieved, and the next day, it was upside down with only its wheels exposed.

There's a lot that's slightly weird about it, like how the car turned upside down. It normally takes about 14 feet of water for a car to fully upend and cars sinking in water tend to go down the way they went in, so for the whole car to submerge and turn over in 24 hours is pretty dramatic. The United Kingdom was ravaged by major storms in January 1990, though, so it's reasonable to assume there were some fairly extreme circumstances.

What's maybe the strangest thing about the car is that the rear passenger-side wheel, which emerges most prominently from the sand, still has its tire that's somehow still inflated. Possibly with sandy water by this point, but either way, it's a fascinating study in the resilence of the Series 11A's frame.