Photographer Jeff Zwart explains why England was the perfect setting for this highly-curated air-cooled Porsche show. 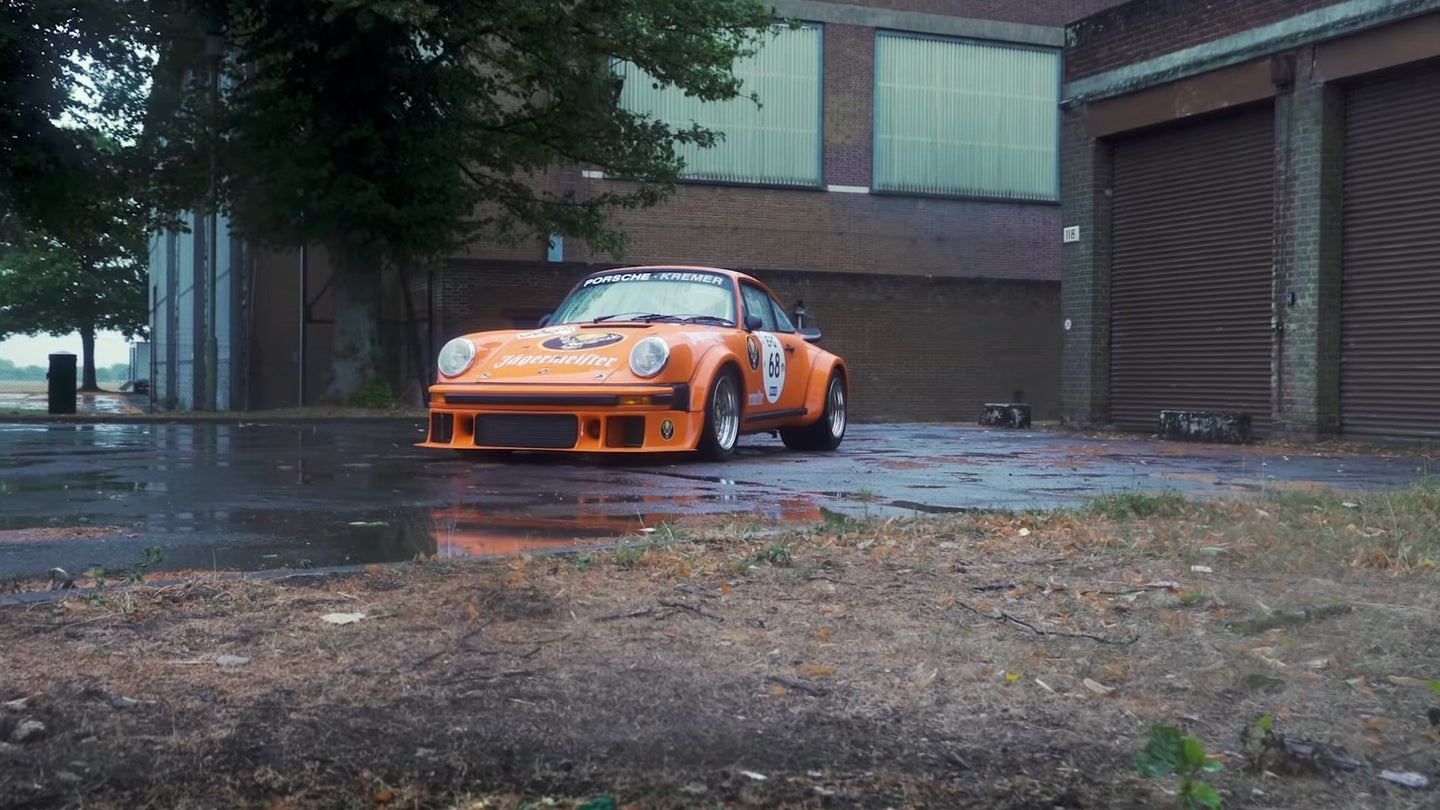 By now, Porsche fans will have no doubt heard of Luftgekühlt, one of the largest car show dedicated to air-cooled Porsches in the world. Thrown in part by Porsche factory driver Patrick Long, Luft attracts some of the biggest names in the Porsche community and is a must-attend for fans who care even the slightest about the marque. It's been held in Los Angeles for all four years (including April 2018's event), but Luftgekühlt held an additional show in late July of this year in England.

Luft's first expansion was held at the Bicester Aerodrome in Oxfordshire, a World War II-era airfield once used to train Royal Air Force bomber crew. In the spirit of Luft 4, the skies rained fury onto the show-goers, but that stopped few from walking around and enjoying the bevy of vintage Porsches that showed up.

We weren't able to make it to the inaugural Luftgekühlt Great Britain, but Henry Catchpole of Carfection was. He caught up with Luft show runner, Pikes Peak winner, and expert photographer Jeff Zwart to talk about the all-new show across the pond, as well as about making a car event as picturesque as possible. For this show, Zwart and his team paid special attention to placing each vehicle in a location that fit its appearance and role, so photographers could capture the Porsches at their best. Think of each car as an exhibit in an art gallery.

Luft GB's attitude towards car photography is a model more organizers need to adopt, because the challenges a photographer faces while shooting car shows extend as much to shot composition as they do to making sure no other spectators are in the frame. Whether it be due to laziness or lack of space, many events put the show-stoppers in some corner where no one can see or take pictures the cars in their best light, but Luftgekühlt wants to change that.

It seems as though the Luftgekühlt staff wants to explore the vintage Porsche culture in more than just Southern California, and we're sure the next location will be even more photogenic than a newly-opened lumberyard and an old RAF airfield.

This unique Porsche and Volkswagen event in Concord, California deserves your attention.