How do you raise awareness for your fundraiser on the West Coast? Organize a car meet, of course. 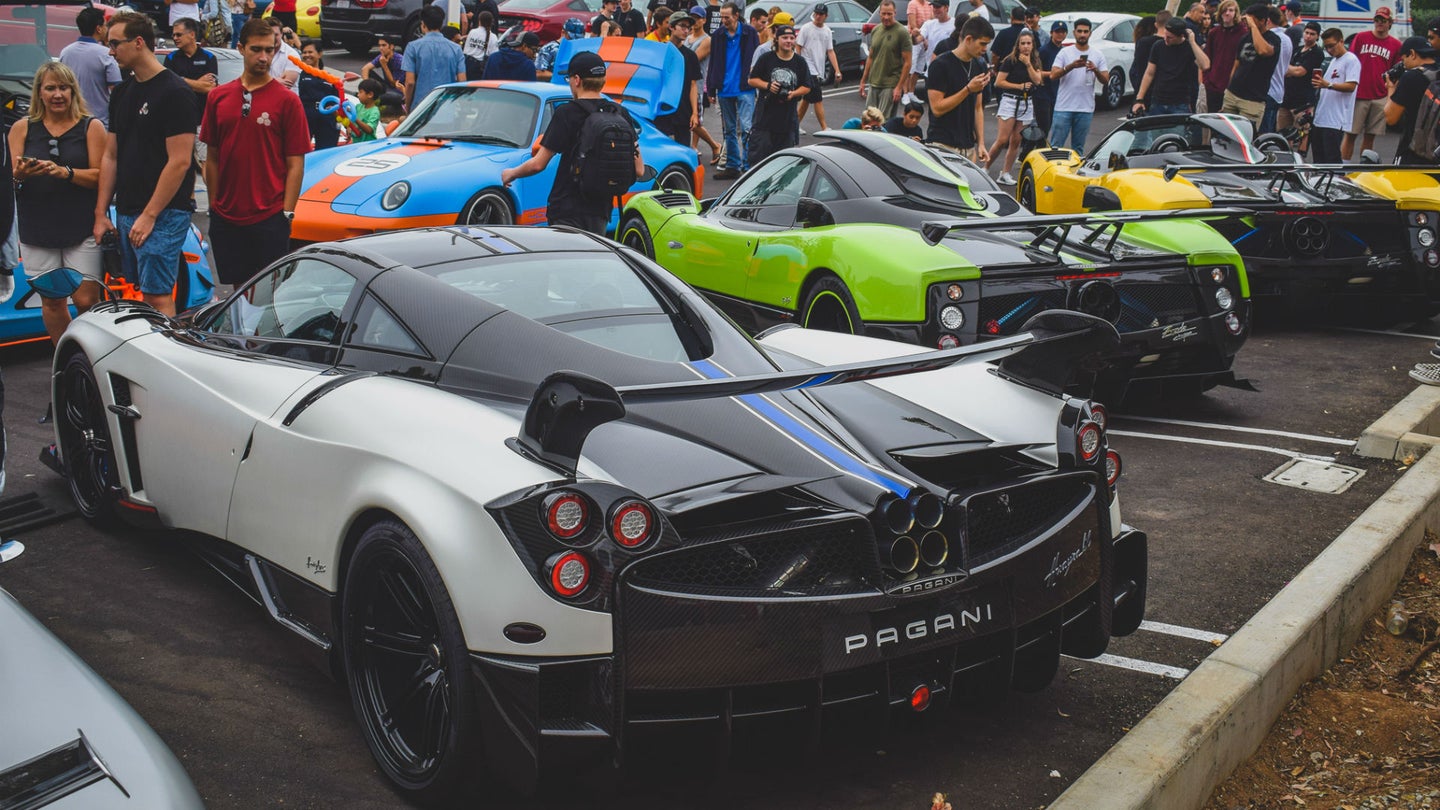 It may be a small coastal town that sits smack in the middle of Southern California, a rest stop for weary surfer dudes on their way to or from San Diego, but the city of Laguna Beach can never be described as sleepy. Driving into town is a challenge of its own, and navigating the bustling tourist centers along the Pacific Coast Highway can make even those who commute through Santa Monica nervous. But when there's a hypercar meet in town? Well, that makes the hour-and-change drive from Los Angeles worth it.

On July 28, Special Olympics Southern California's Orange County division hosted its second annual Tip-A-Cop car show in collaboration with the Laguna Beach Police Department to raise money for athletes with mental disabilities. Tip-A-Cop is not a singular event but a variety of events, and SOSC OC hosts numerous police-led fundraisers each year. Considering Southern California's nearly unrivaled love for exotic cars, though, the best way to get the public to support a charity event is with a supercar show.

Like last year's event, the Tip-A-Cop meet this year was hosted at Ruby's Diner—a classic, Swing Era-inspired diner right on the Pacific Coast Highway. The retro restaurant has three or four classic American cars parked outside all year round, but a completely different breed of enthusiast car joined the old timers for the Tip-A-Cop show. Below are some highlights from the event.

Tip-A-Cop's primary contributor not only donated the most money this year but also a portion of his ridiculous car collection for display at the event. Dan Kang, the star of Cars N' Copters earlier this summer, brought out some of the most exclusive hypercars in Southern California. These included a black and blue Lamborghini Centenario, a McLaren MSO X, and two of the 10 Pagani Zonda Cinque Coupés and Roadsters in existence. The green Cinque Coupé and Centenario were rolled off a trailer and then driven into the lot, but the yellow Roadster and almost every other hypercar at the meet drove down the Pacific Coast Highway to the event on their own.

If Kang's collection was the main course, then the track-bred Huayra BC and one-off Huayra Lampo that Pagani Newport Beach brought out made for a filling desert. Even after seeing the Lampo in person, we're still not sure about its orange and white carbon fiber interior. But hey, if you fancy it, the Lampo is currently for sale on Pagani Newport Beach's website.

The parking lot was just large enough to accommodate a few more high-profile visitors like the Gulf livery-wrapped Gunther Werks 400R, two Koenigsegg CCXs, and the crowd that formed when Paul Walker's brother made a surprise visit, plus the usual car show circle of modified Porsches and Lamborghinis. As small as the attendance seemed, the compact parking lot was a huge factor in Tip-A-Cop's low turnout, and the event organizers tell us that they're considering a larger location for next year's rendition. It would certainly make for better pictures.

Below is a gallery of Tip-A-Cop. If car collectors like Dan Kang continue to support the event, we predict that this will grow into one of Southern California's premier charity car shows, which is as much a boon for SOSC as it is for us.

The a one-day festival celebrating the rich history of motorcycle, surf, and music culture in Southern California.