More of everything is a good thing. 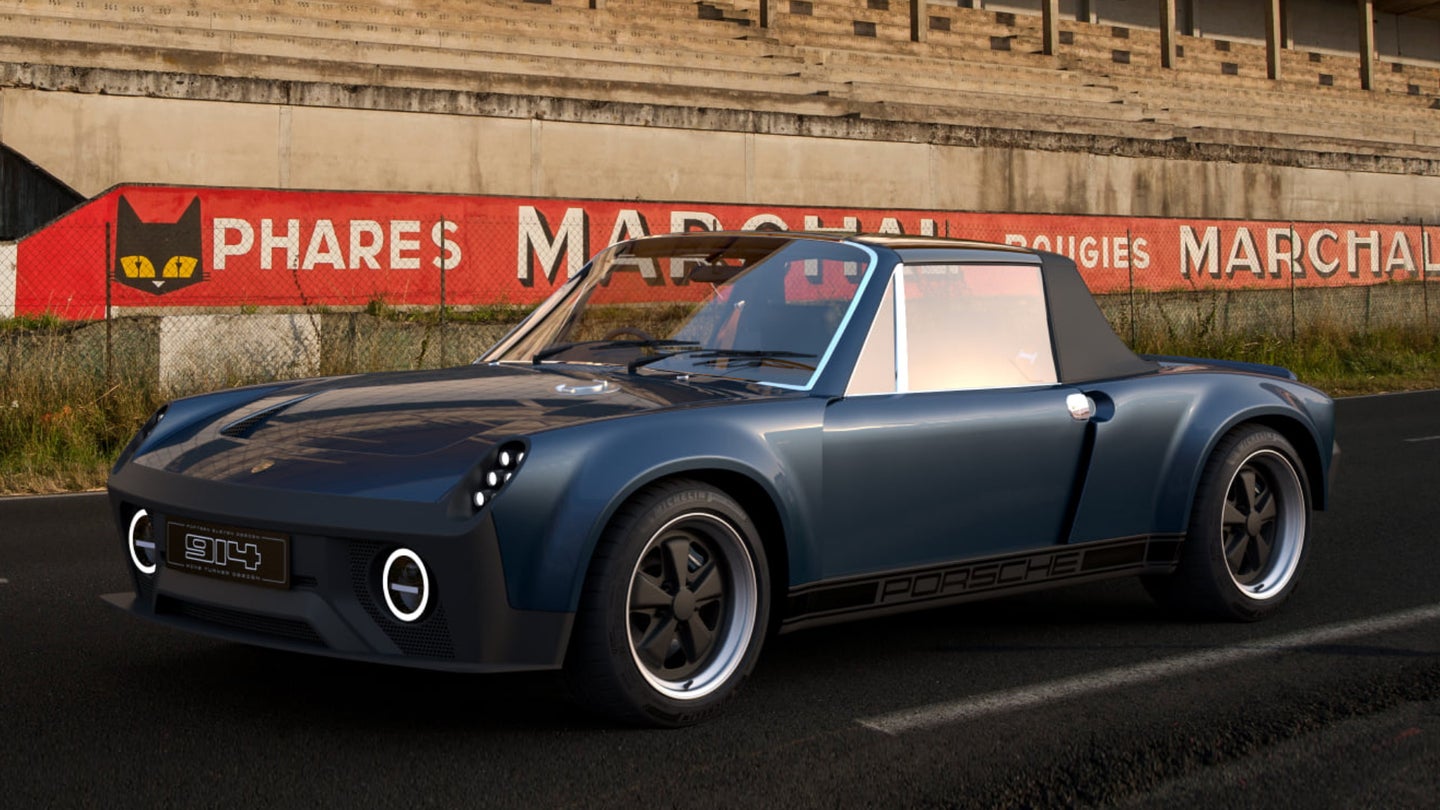 The Porsche 914 was a mid-engine, lightweight "momentum car" if there ever was one. At just a hair over 2,000 pounds in its most common guise, the late-60s and '70s Porsche was powered by a flat-four Volkswagen engine that made an uneventful 79 to 99 horsepower. Despite this, the 914 is still craved by enthusiasts today, and now, there's a new variant coming out. Sort of.

No, Porsche isn't making a modern version of the 914, but we are getting the next best thing: a sharp-looking, high-performance restomod from Fifteen Eleven Design, a reputable U.K.-based company that has plenty of experience making old cars drive like new. With past projects including a Pre-War Aston Martin Racer, a 1961 Maserati 3500 GT, and a 1966 4.2-liter E-Type Jag, the company certainly knows its way around restorations and redesigns. Although renderings are the only thing Fifteen Eleven has to show for this new project so far, they look great and promising.

Per the images we see here, the restomod will get a number of aesthetic changes, including stylish new LED headlights doubtlessly inspired by modern Porsches, updated foglights with DRL rings surrounding the more powerful LED beams, and an active rear ducktail spoiler that can raise or lower depending on the vehicle's speed. Along with this revised front fascia and hood, the wheel arches have been stretched out to accommodate larger wheels and wider tires.

More importantly, gone is the sub-100-horsepower VW engine, instead replaced with a proper, 291-horsepower 3.4-liter flat-six from the first-generation Porsche Cayman S. Combine that with the extremely lightweight 914 platform, and this thing is certain to be a hoot on the road. Oh, and power will be sent to the rear wheels through a six-speed manual transmission, as it is in the Cayman S.

The suspension and braking systems will also come directly from the Porsche factory catalog, per Fifteen Eleven Design, meaning that it will also handle much better than the original.

Furthermore, don't think this rendering is just a go-nowhere digital art project. Although official pricing is yet to be released, the managing director of Fifteen Eleven Design, Chris Mellors, told Autocar that “All too often, we hear of graphic renders being produced with no intention of being built. But here at Fifteen Eleven Design, all our efforts are put into making sure any concepts are carried through to completion.”

Unfortunately, seeing as Fifteen Eleven doesn't operate in the U.S., it's unlikely these sweet 914 restomods will ever make it to American soil. So, like many other cool machines, we'll just have to enjoy them from a distance.

It’s the real-deal, factory-built race car—but is it worth the exorbitant price tag?

This low, wide, and mean Porsche has ditched its old aircooled heart for a 1985 Corvette power plant with even more mods to come.