This Is Not Your Parents’ Wagon: Refurbished 1963 Dodge 440 Is Drag-Strip Ready

It has six-Inch stacks and an engine pulled from a 1969 Road Runner. 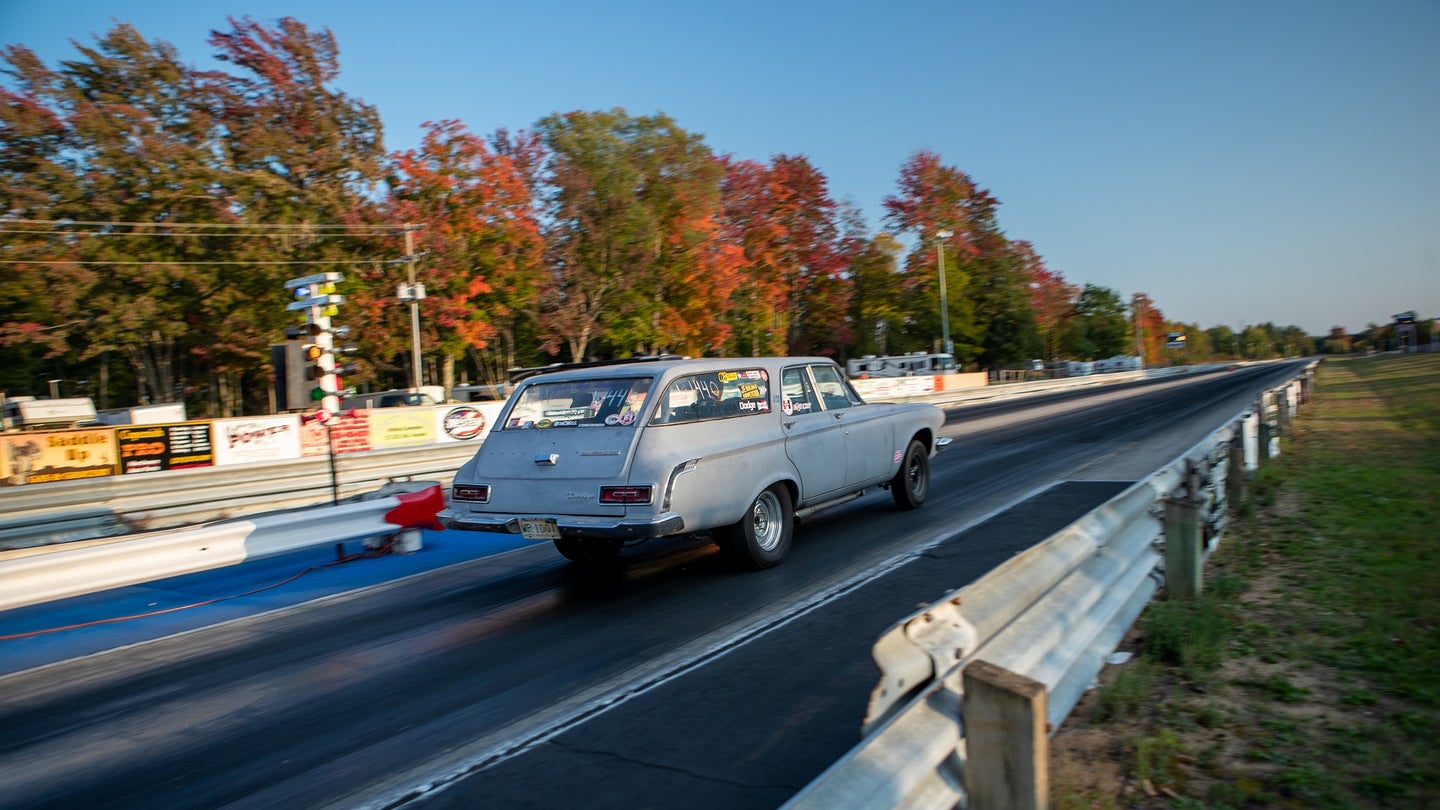 Dodge’s 1963 440 station wagon was produced for only a couple of years, based on the same B-body Mopar cult classic. When it was new, it sold for about $3,000 and included five doors, rear-wheel drive, a manual three-speed gearbox, and a top speed of 114 miles per hour. Tara Hurlin spotted one on eBay and bought it for $6,000 plus another thousand for shipping and started modifying it for her own racing pursuits.

The previous owner had been using it for his daily driver for several years and boosted it with a 440 engine out of a 1969 Plymouth Road Runner. The California-based seller wanted the wagon to go to a good home; Hurlin assured him she would take care of it and had it shipped to her in Michigan, sight unseen.

Four Weber carburetors and a four-speed Hurst shifter had already been installed, and in their garage, Hurlin and her husband added a McLeod clutch and a roll cage. They saw the potential in the modifications already on the car, which attracted Hurlin to it in the first place. Once they got the wagon in their garage, they rebuilt the shifter and transmission, fine-tuned the carbs, and did quite a bit of re-wiring to untangle a rat's nest of splices and connectors.

They also pulled the original bench in front and replaced it with bucket seats to facilitate easier maintenance and the installation of five-point harnesses for racing. Original specs for the wagon say it gets 14 miles to the gallon, but Hurlin says they’re lucky to get seven, which is painful. She opted to replace the stock fuel tank with a fuel cell with the same capacity (13ish gallons) but with the fuel cell placed in the center. That helps with weight distribution and also allows for larger fuel lines to give the engine more fuel, faster.

What really sets her wagon apart, though, are the six-inch velocity stacks that replaced the four-inch stacks that arrived with the vehicle. Not many wagons are seen on the track, especially in northern Michigan, where the Hurlins live, and they tend to run it on the strip without the hood to show off the chrome stacks. It’s completely street legal and Hurlin says it’s the loudest vehicle she has ever owned, with open headers. She’s looking at adding a cutout to give the wagon the option to be loud and proud or less so. I don't picture this wagon rolling anywhere quietly.

The Dodge will get a race workout a few times a year at the local track, and it was signed up for Hot Rod Drag Week last year, which was canceled due to the pandemic. Hopefully, we'll see Hurlin behind the wheel this year if the race is back on. At 600 pound-feet of torque and 500 horsepower, this beast is ready to go.