You can do the same to your Ford Bronco, but really—this ain't it, chief. 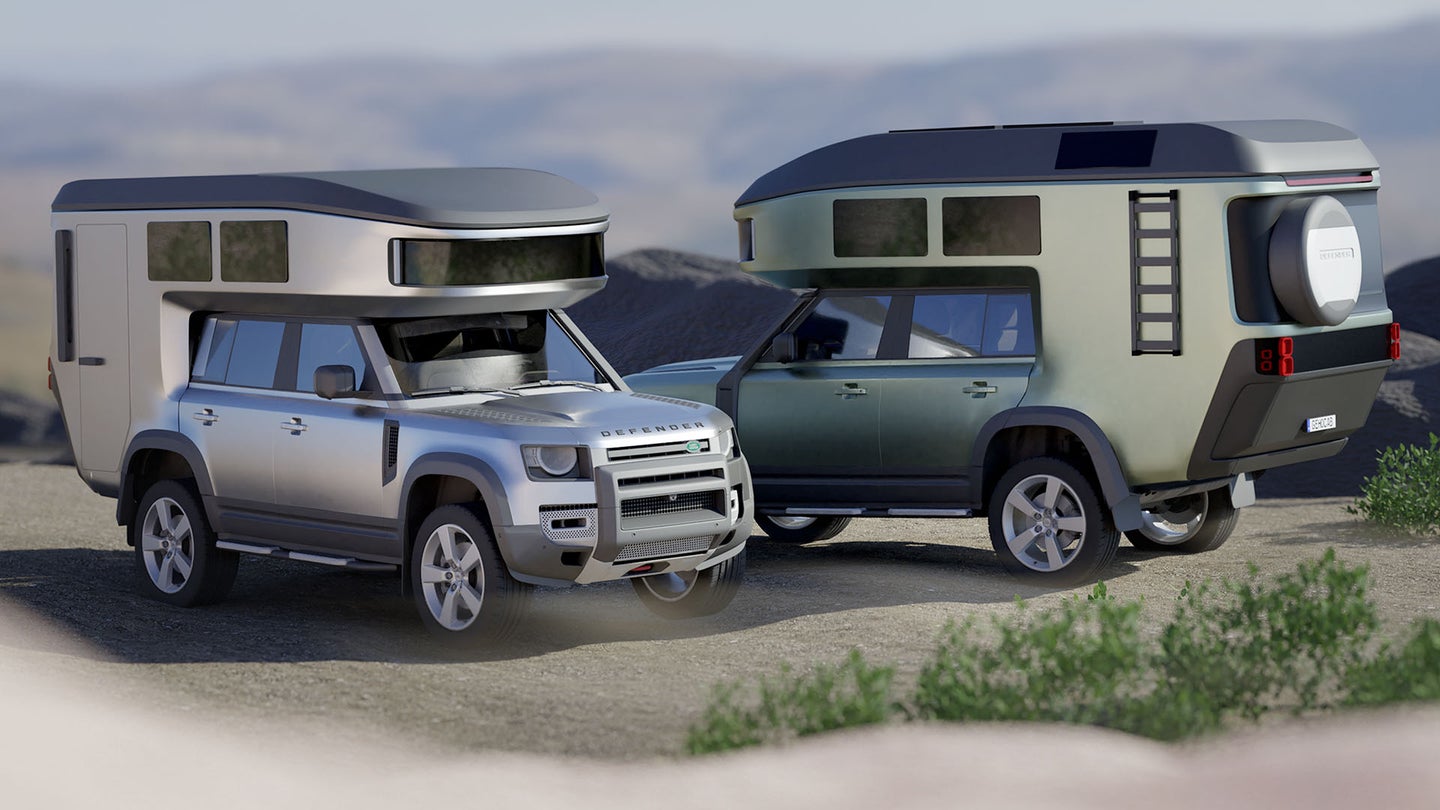 Overlanding is cool—hip, even—but sometimes it goes too far. If you're going to live in your rig for days or weeks, it's completely acceptable to kit your ride accordingly. You'll probably want a rooftop tent so you aren't sleeping in your seats and, while you're at it, a french press is a good investment to get your morning caffeine jolt. What you probably don't need, though, is a $124,000 add-on that turns your Land Rover Defender or, God forbid, new Ford Bronco into an overgrown quasi-RV.

That's GehoCab's bread and butter, though, and the German company has made a go at it so far by transforming Jeep Wranglers and Volkswagen Amaroks into ultra-lux car campers. It just announced that it'll soon be doing the same for the Defender and Bronco, two of the most anticipated off-roaders in recent memory. They're beloved by most for their four-wheeling capabilities, but if you like the way they look from the factory, you'll probably change your mind after seeing them with a tiny house grafted onto the back.

Okay. Back to being objective. GehoCab's previous work all seems exceptionally well done, and it delivers on the promise of bringing home with you on the go. The shell itself is made of carbon fiber and bolts directly to the chassis, making it a solid unit that replaces the entire rear of your vehicle from the hind doors aft. Packed inside, there are enough amenities to make months of travel bearable no matter where you're headed.

In exchange for the rear seats, you gain a pass-through entry (sweet) to the living area that, in top-spec models, is equipped with a real kitchen and dining room. Double bunks are located directly above the front seat and there's even a toilet and shower on-offer. Solar packs ensure you've got the power you need and there's plenty of water storage. It's similar to EarthRoamers and the like, though in this case, it includes a retooling of the SUV bodywork instead of outfitting a pickup truck with an entire bed to mount a camper onto.

The weight penalty is apparently around 1,000 pounds, which is light considering what it is but still quite a bit to add to the top of your 4x4. In my mind, that's the beauty of these relatively compact trucks—they can fit in tight spots and muscle their way out of 'em. When you've got the same clearance cap as a medium-duty workhorse, it's not as easy to navigate technical trails. And don't forget about tipping over.