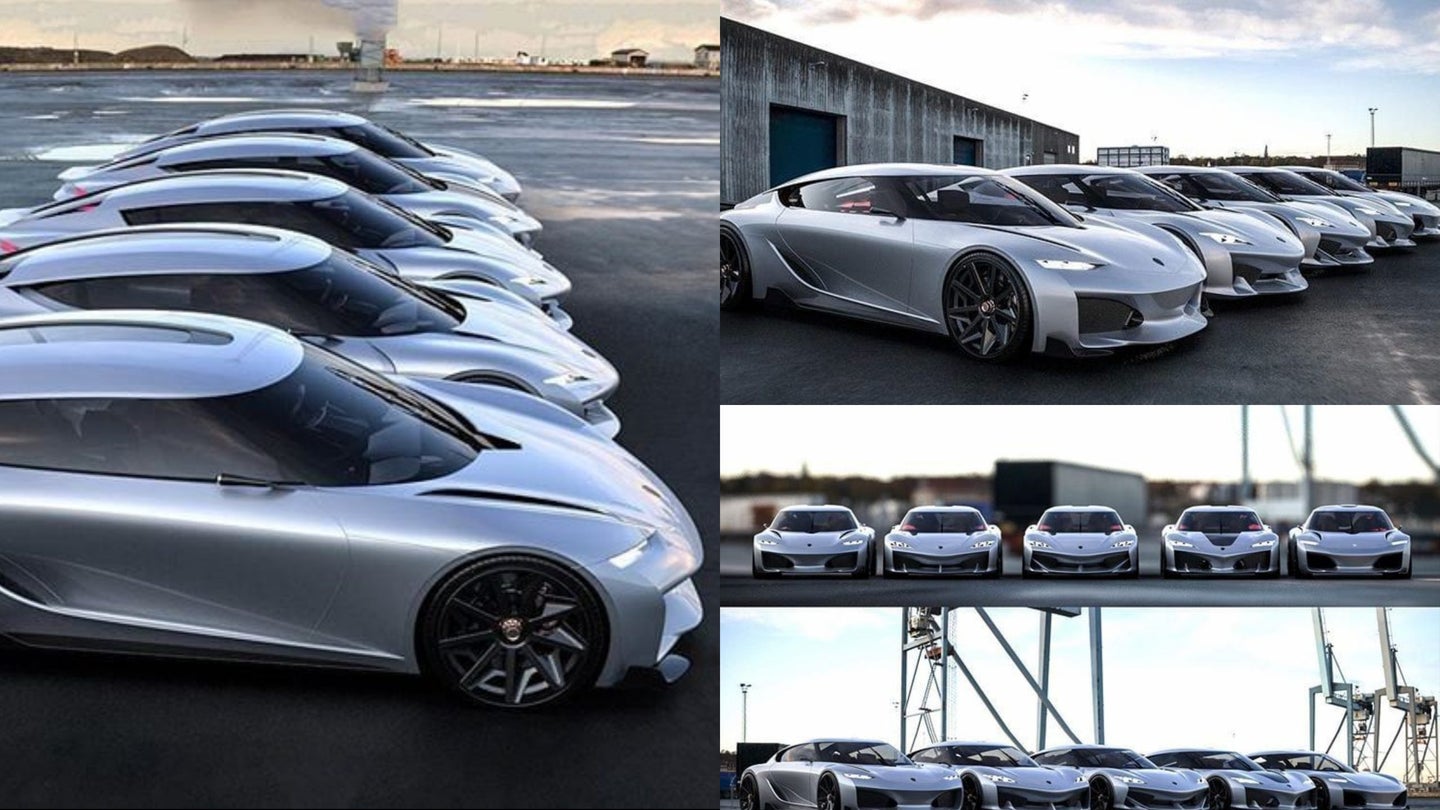 It’s safe to say that the Koenigsegg Gemera stole this year’s Geneva Motor Show, though it did have the benefit of being the only debut. However, the four-seat hypercar’s birth was a decade in the making and only hit Geneva’s show floor after Koenigsegg went through multiple design iterations, which you can now check out thanks to the marque’s new designer, Sasha Selipanov.

Splashed across Raw Design House’s Instagram page, an automotive design collective part of the Koenigsegg group, is a treasure trove of designs, sketches, and primers detailing the thought process behind the Gemera. The most intriguing of which is five precursor designs rendered in 3-D all lined up next to one another.

The five-car rendering shows variations to the Gemera’s front fascia, frunk, roof, fenders, sides, and minor adjustments to each car’s tail. According to the post, “In parallel with 2-D sketches, a variety of quick 3-D designs were built directly by our designers,” resulting in the concepts seen here. However, Selipanov goes on to state that “A theme,” in this case the exterior styling, “is only valid if it works on the model and with the technical package.” This means that in addition to looking hot and attracting the world’s eyeballs, the car’s speedy function has to play a role in the Gemera’s form.

Included are also images from early Koenigsegg days, showing that the Gemera—or a version of a four-seat Koenigsegg—has been on Christian von Koenigsegg’s mind for quite some time. In one set, it even shows that the Swedish outfit built an interior buck to test whether or not four adults could fit in a low-slung hypercar. CAD designs further appear to show a gull-wing, dual-motor, four-seat design riding on O.G. Koenigsegg “phone dial” wheels.

Selipanov, who also penned the Bugatti Chiron and Lamborghini Huracan, also revealed how he took the idea of a four-door hypercar and translated it into something befitting the rest of Koenigsegg’s historical lineup. In what would become the car’s final form, Selipanov added reference points inspired by the original Koenigsegg CC concept, specifically in the front fascia’s layout, its headlight theme, as well as flourishes similar to more current designs.

The differences between the Gemera designs may be slight, but it just goes to show how much attention to detail goes into designing a car like this. Everything is sweated, everything is analyzed. And in the end, the 1,700 horsepower, 2,581 pound-feet of torque, 4-seat, twin-turbocharged, 3-cylinder hybrid, four-seat hypercar is a stunning piece of metal.

It is unusual for concepts and designs that didn’t make the final iteration to become public, but if you haven’t already realized, Koenigsegg isn’t exactly a company that follows customs.