It’s the misunderstood stepchild of the BMW E30 family, but is it worth that much? 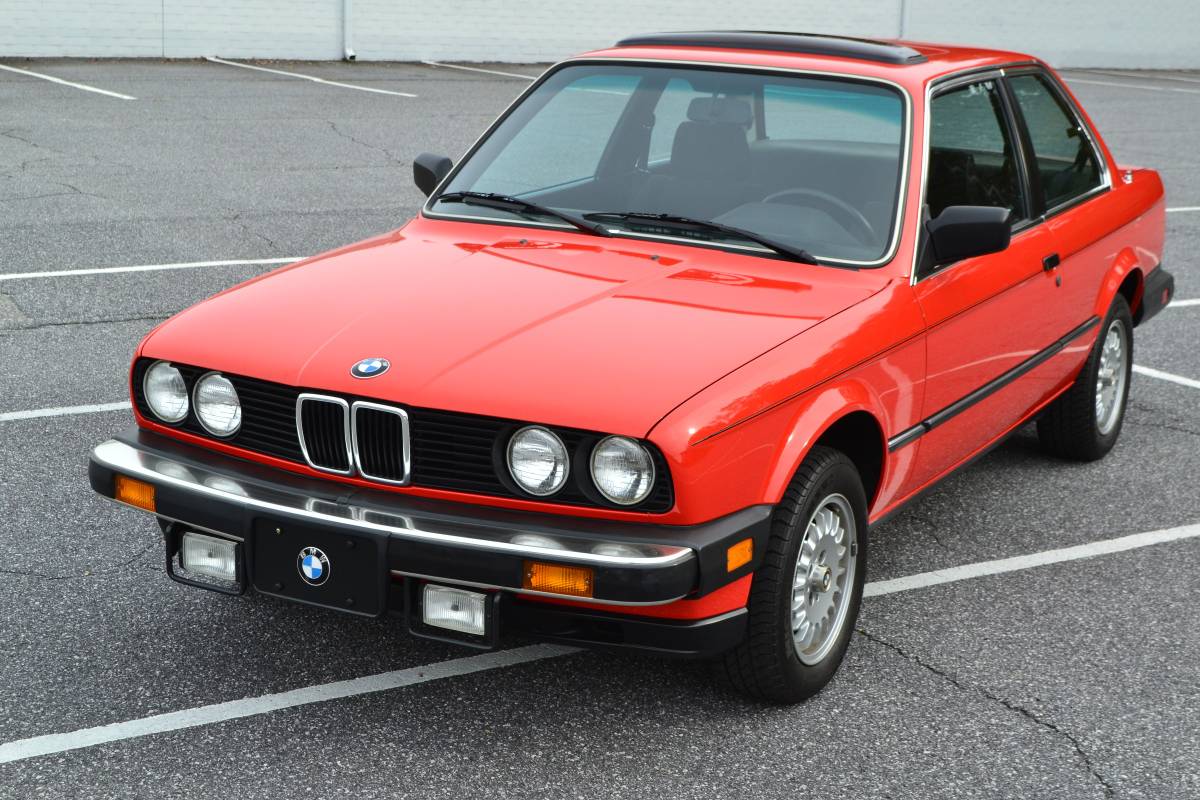 Overestimating your car's value is as old as car-selling itself. How many times has someone seen a vintage Camaro make bank at a televised Barrett-Jackson auction and then decided their own burnt-out muscle car shell also deserved the six-figure treatment? But sometimes they're more like Zillow's discontinued "make me move" option than a hilariously overconfident seller who swears they "know what they have." This low-revving Reagan-era BMW coupe priced as much as a brand-new 330i is a perfect example.

This admittedly pristine 1984 BMW 325e caught the eyes of The Drive staff recently. It is as shiny and spotless as E30 3 Series coupes get, with only 29,843 miles. It's in BMW's beautiful bright Hennarot shade of red and has the stouter Getrag 260 five-speed gearbox.

The owner also wants $39,900 for this BMW with the low-redline, efficiency-special Eta motor, which is often derided as "BMW's most unloved engine." That's considerably more than E30-generation BMW M3s go for these days.

It's stunning that a 325e could be priced so high, but plausible. The autojourno-industrial

Or there's the nice 1999 Honda Civic Si with an aftermarket head unit and a suspiciously large exhaust tip aiming for $19,998 on AutoTrader. After all, many sellers figure, if that completely unmodified '99 Civic Si with a fifth of the miles could fetch $24,000 on Bring a Trailer, why can't a less pristine example do the same? Even if "I know what I have," "no lowballers," and/or "serious offers only" aren't directly spelled out in high-priced classified ads, they're often implied in today's extremely online age whenever a pricey ad gushes over the car's positives.

Back to this car. Much of the 325e's ad was copied from a glowing Wikipedia entry (complete with Wikipedia's numbered citation brackets) that paints the Eta motor in a positive light:

This 29,843 original miles 1984 BMW 325E is one of 285,134 built-in 1984 for the North American market and is presented in Hennarot Red exterior with a black interior. The 325e uses the stronger Getrag 260 5-speed with a 3.23 rear gear ratio. The 325e was an economy version and was released as a lower revving, more fuel-efficient engine. The E is an abbreviation for eta, which is used to represent the thermal efficiency of a heat engine. To maximize low-rev torque, the engine was the largest available in an E30, aside from the South Africa-only 333i model. The 2.7 L (160 cu in) engine had a longer stroke than the 2.5 L, with a more restrictive head, four cam bearings instead of seven (less internal friction), and single valve springs (instead of the dual valve springs used by the 2.5 L engine). This resulted in 90 kW (120 hp) at 4250 rpm and, more importantly, 240 N·m (180 lb·ft) at 3250 rpm.[25][24] (without catalytic converter) Peak torque for the 2.5 L (150 cu in) engine is 215 N·m (159 lb·ft) at 4000 rpm. The front MacPherson struts and rear semi-trailing arm suspension are a compact arrangement that leaves a lot of cabin and boot space for the car's overall size.

Less internal friction! The largest-displacement E30 engine in the North American market! It all sounds wonderful but leaves the power comparisons to other BMW engines out of the conversation. The 325e may have a great chassis and offers tons of fun, but with its diesel-like redline, it's just not the kind of fun you'd expect from a naturally aspirated BMW. Yet when considering other cars in that price range, there's really no conceivable reason any 325e should go for $39,000.

To learn more, The Drive reached out via email to the listed point of contact, Kennith Stewart, as it's only fair, and it turns out that this BMW came from a private collection. Stewart is the General Sales Manager for Paramount Classic Cars in North Carolina, and he told us this particular car came from the dealership owner's own collection.

"We have had many BMW owners come in and look at it comparing to their 325s. They were very impressed and appreciative of its original condition," Stewart told The Drive. "When we decided to sell this particular time capsule of a 325e, we looked in the marketplace and were NOT able to find one as nice as his one. We priced it as to where we could sell it and be comfortable NOT being able to replace it with one as nice."

This is a case where the owner is content holding onto it until the right 325e fan comes along. Ultimately, the price the owner is willing to let this hard-to-replace BMW sell for is up to him, so long as both parties are comfortable with it.

"We always work with our customers to ensure they are comfortable with the price they acquire a vehicle for. They are never pressured to buy something they do not want," Stewart stressed. "We understand that and are okay to keep some cars in our collection because we are not able to replace them."

The price may fit the "I know what I have" meme, but for a car that they're content holding onto, it's hard to look at it in the same light as your average ran-when-parked, no-lowballers ad. Who knows? The highest-volume BMW manufacturing facility in the world is right there in the other Carolina, after all, so the right person may be right there. And it may be successful in getting buyers in the door.

So, as we've seen with this high-priced Bimmer, it's worth giving people the benefit of the doubt when you can. I just can't imagine there are that many buyers lined up for it.