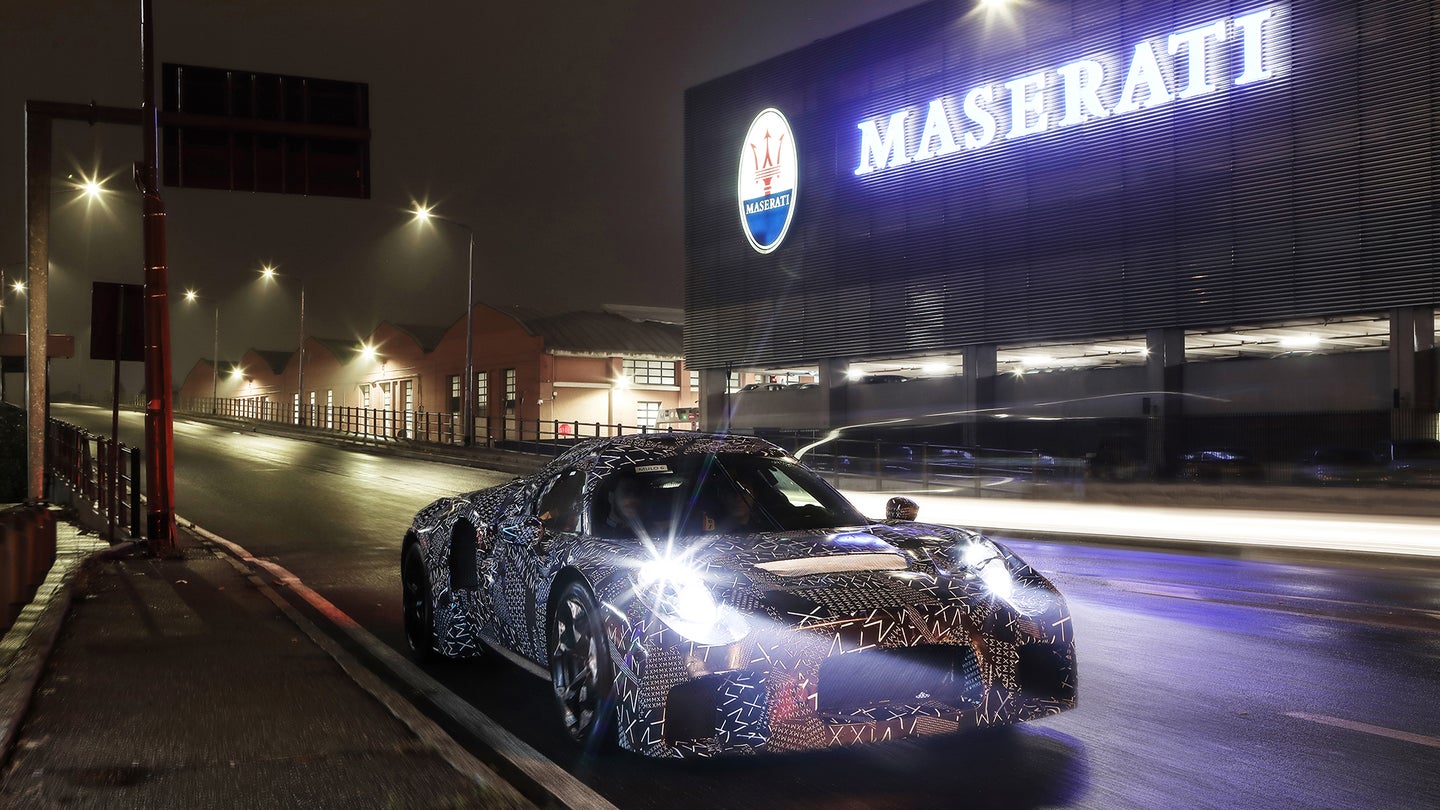 Maserati is hard at work to prep its new generation of cars as the current lineup reaches the end of its life cycle. Despite hitting a few snags while working toward a total range overhaul, the company more or less seems to be on track as it just released teasers of a prototype being used to test an in-house-developed powertrain.

Earlier this year, a quarterly discussion amongst Fiat-Chrysler Automobile executives revealed that Ferrari would be cutting its supply of engines to Maserati in 2022, ending a decades-long relationship between the two Italian luxury marques. For years, part of the heart and soul of Maserati was its close ties to the world-renowned Prancing Horse. But since that’s coming to an end, the marque is now left to develop its own power units.

With Maserati announcing in October that it will eventually go electric, despite originally saying it would never make such a switch, it's possible that this new powertrain could feature some sort of performance-boosting hybrid assist.

Recently released photos showcase the oddly shaped test mule that Maserati’s Modena-based engineering division is using for R&D. It supposedly isn’t meant to tease the design of any future models quite yet, hence the mule's strange shape. Instead, it hints at a new model scheduled to debut in May of 2020.

Part of creating a new powertrain is trialing it in the real world since there’s only so much that laboratory- and bench-testing can do. The plan is to combine all this data, along with that from Maserati’s state-of-the-art Innovation Lab—which supposedly houses some of the most advanced driving simulators in the world—to create something that's at least as good if not better than its previous Ferrari supply.

If there's anything to be taken away from this test mule in terms of future models, however, it's the fact that it's mid-engined. From the short sloping nose to the gaping air intakes on the sides and in front of the rear wheel wells, this camouflaged car could be hiding what is at least a shadow of the upcoming Maserati exotic.

Once perfected, Maserati’s chassis and body engineers will then proceed with developing the platform around the engine while also fine-tuning the suspension geometry and remaining mechanics.