Air intakes on the rear window panels hint at something more exotic under this Veloster N TCR’s shell. 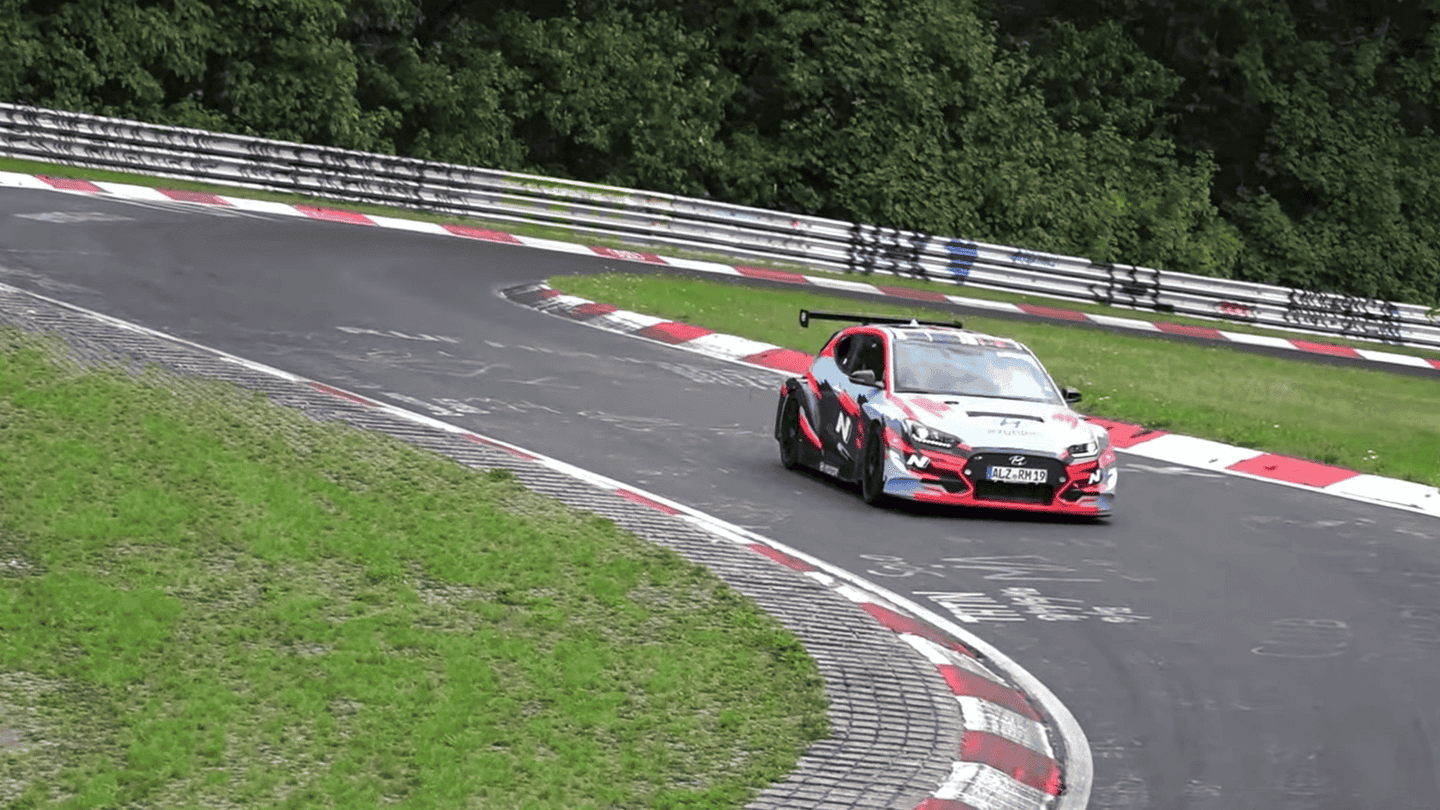 Looks like Chevrolet and its C8 Corvette aren't the only non-exotic brand to take the mid-engined plunge. It's been understood for a while now that Hyundai is working on a mid-engined halo car for its N performance sub-brand. It looks like development is ramping up because spotted lapping the Nürburgring is what appears to be a test mule with its powerplant behind the passenger compartment.

Skip to around 0:45 to see the Hyundai prototype.

At first glance, the car might appear to just be a Veloster N TCR racer, but look closely and you'll notice that it's got a huge pair of air intakes where the rear windows would otherwise be—intakes that would only be necessary if the engine was in the back and therefore aren't present on the real Veloster N TCR.

Another project Hyundai might've been working on here is the all-electric race car scheduled to debut in Frankfurt next month; however, its internally combusted engine noise leads us to think otherwise.

If this really does turn out to be Hyundai N's road-going halo car, oddball Lamborghini Huracans won't be the only mid-engined exotics gracing Hyundai dealership floors.