The homologation special is just 1 of 17, though. 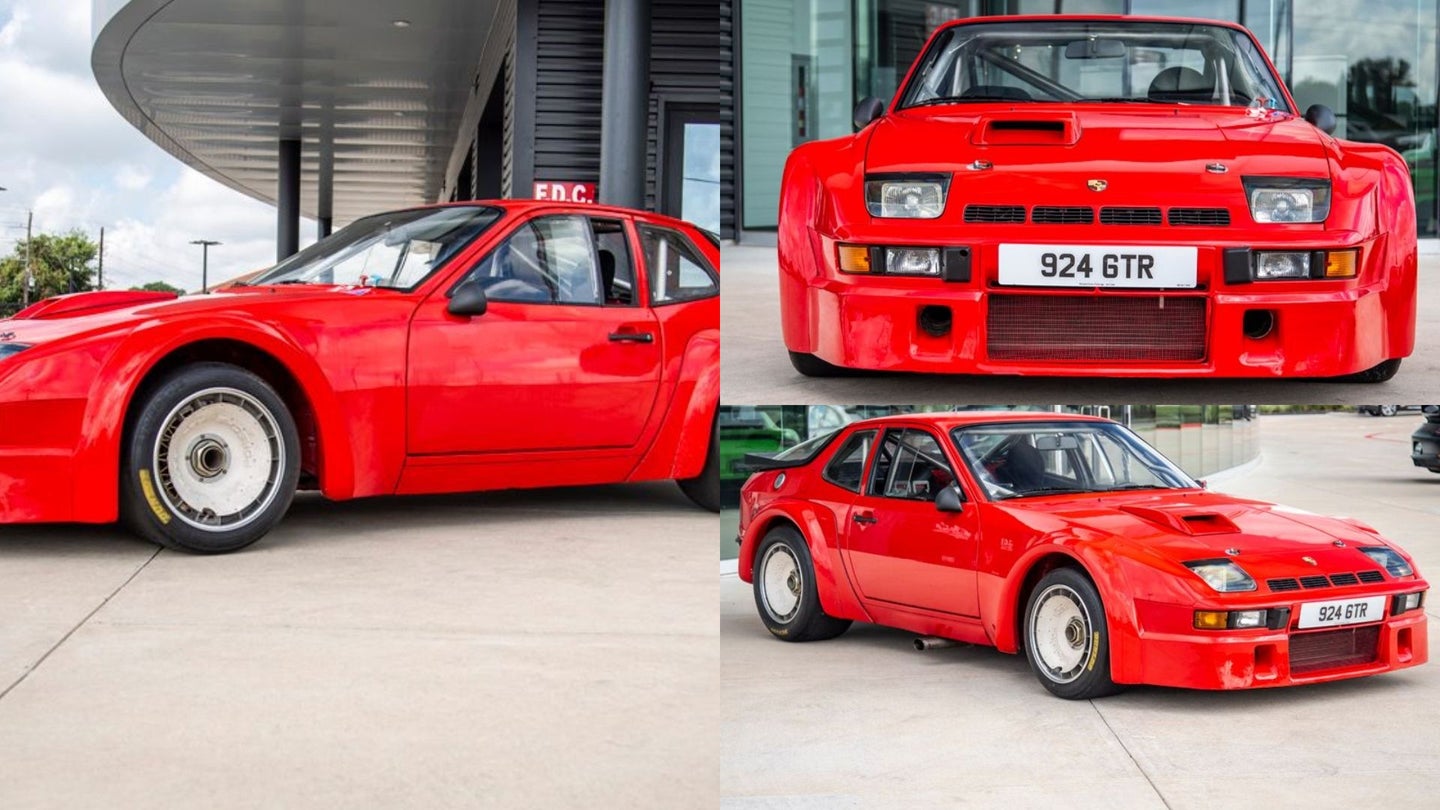 Much of Porsche’s history regarding the 924 is derided. Purists say it isn’t a Porsche and prices for the now-classic sports car aren’t in the same vein as its 911, 928, and even 912 siblings. One 924, however, defies all stereotypes and apparently commands Singer-esque prices; the racing homologation 1981 Porshe 924 Carrera GTR.

Though you wouldn’t call the 924 Carrera GT’s production run of 406 plentiful, it’s practically omnipresent compared to the 17 924 Carrera GTRs Porsche produced. Of those 17, nine cars total qualified and/or raced at Le Mans. To get each car ready, Porsche took the standard 2.0-liter turbocharged inline four-cylinder engine and threw every ounce of motorsports engineering at the minuscule block. The end result was an engine that produced 375 horsepower and 299 pound-feet of torque.

With the 924 Carrera GTR’s power now set, it found itself a new intercooler, dry sump oil system, a stripped-out interior with full roll-cage, fully adjustable race-bred suspension, the brake system off of a Porsche 935, and side-exit exhausts. In race trim, the 924 Carrera GTR weighed in at a featherweight 2,050 pounds, which meant the cars were capable of hitting 180 miles per hour down the Mulsanne straight (before the chicanes were added) at Le Mans.

When they competed, the 924 Carrera GTRs finished 6th, 12th, and 13th overall, as well as secured a class victory.

This particular 924 Carrera GTR, which carried an as-new price tag of $75,000, has had a globetrotting history that few others could claim. From Stuttgart’s factory, the 924 Carrera GTR was one of just two cars to find its way to Japan. There, the original owner put just 109 kilometers onto the odometer. In 2016, the car found its way to London and then quickly to Monaco where it was to be auctioned off but didn’t meet its reserve. The car later sold for $640,000 at an auction held in the U.K. Now the car has come up for sale once again at a Porsche dealership in Texas and it’s carrying a hefty premium compared to its last sale.

Since its time in Japan, only 6 kilometers has been put on the racy 924 Carrera GTR. That’s not unheard of in the classic and collectible market, but for a car with the 924 Carrera GTR’s pedigree and apparent lunacy, we wished it had been driven in anger. But considering Porsche of North Houston is asking $925,000 for the Group 4 rarity, we’re also not surprised that no one has had the guts, or the insurance policy, to do so.

As for that price, well, we’re sure the 1981 Porsche 924 Carrera GTR is indeed worth a small fortune. If it’s worth the gold the dealership is asking, we’ll have to let true Porsche-philes decide that.