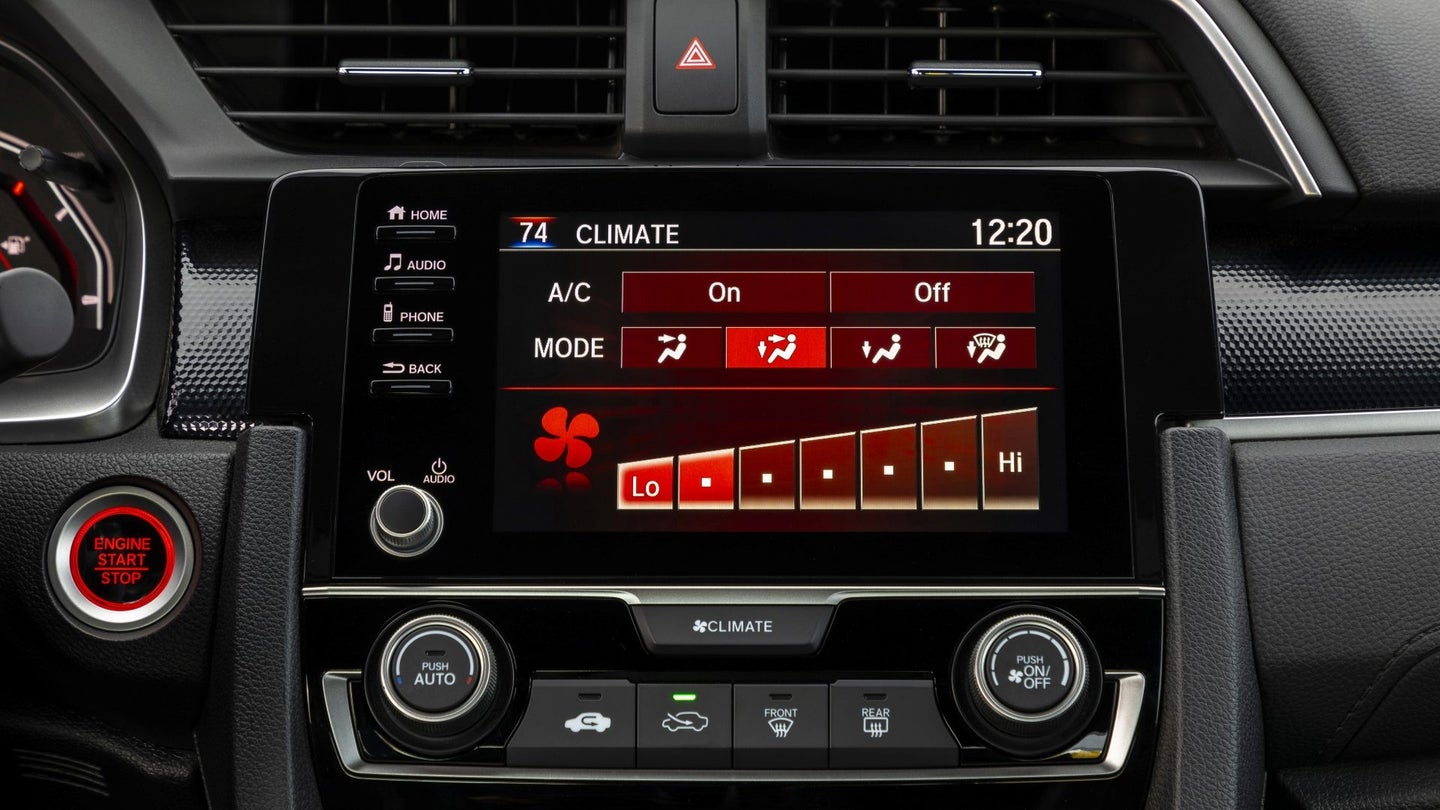 Last year, Jaguar design boss Ian Callum denounced big touchscreens in cars, declaring that they took up too much of the driver's attention to use. Now, it looks like Honda is hopping on the anti-touchscreen bandwagon, ultimately acknowledging a reality that most of us have known for ages now: Not all controls are better off in a touchscreen.

Honda isn't giving in to the trend of relegating any and all interior controls to a touchscreen, saying that doing so is distracting and hard-to-use.

Speaking to Autocar about the decision to use physical dials instead of touch controls for the new Fit's (known as the Jazz overseas) HVAC system, project leader Takeki Tanaka said, "The reason is quite simple—we wanted to minimize driver disruption for operation, in particular, for the heater and air conditioning. We changed it from touchscreen to dial operation, as we received customer feedback that it was difficult to operate intuitively. You had to look at the screen to change the heater seating, therefore, we changed it so one can operate it without looking, giving more confidence while driving."

The new Fit/Jazz isn't coming to the U.S., but to be fair to Honda, most of its Stateside offerings were already pretty good about having hard buttons and knobs for climate control anyway.

Notably, this wouldn't be the first time Honda has reversed course on a touch-related gripe. Remember when it replaced volume knobs with that touch-sensitive slidey thing? People hated that too and it was eventually removed from the Civic and absent in the current-gen Accord, thankfully replaced once again with a good old-fashioned knob.

Hey, if we shout about it enough, perhaps we can get headphone jacks back in modern smartphones as well—or maybe even more cars with manual transmissions.

After 23 years on the market, the Honda CR-V is finally getting electrified.

Tesla’s most unique feature continues to be one of its biggest headaches, as customers await touchscreen fixes.