The Manual Honda Accord Is Also Dead

There may be money in the banana stand, but there’s definitely none in midsize, manual sedans. 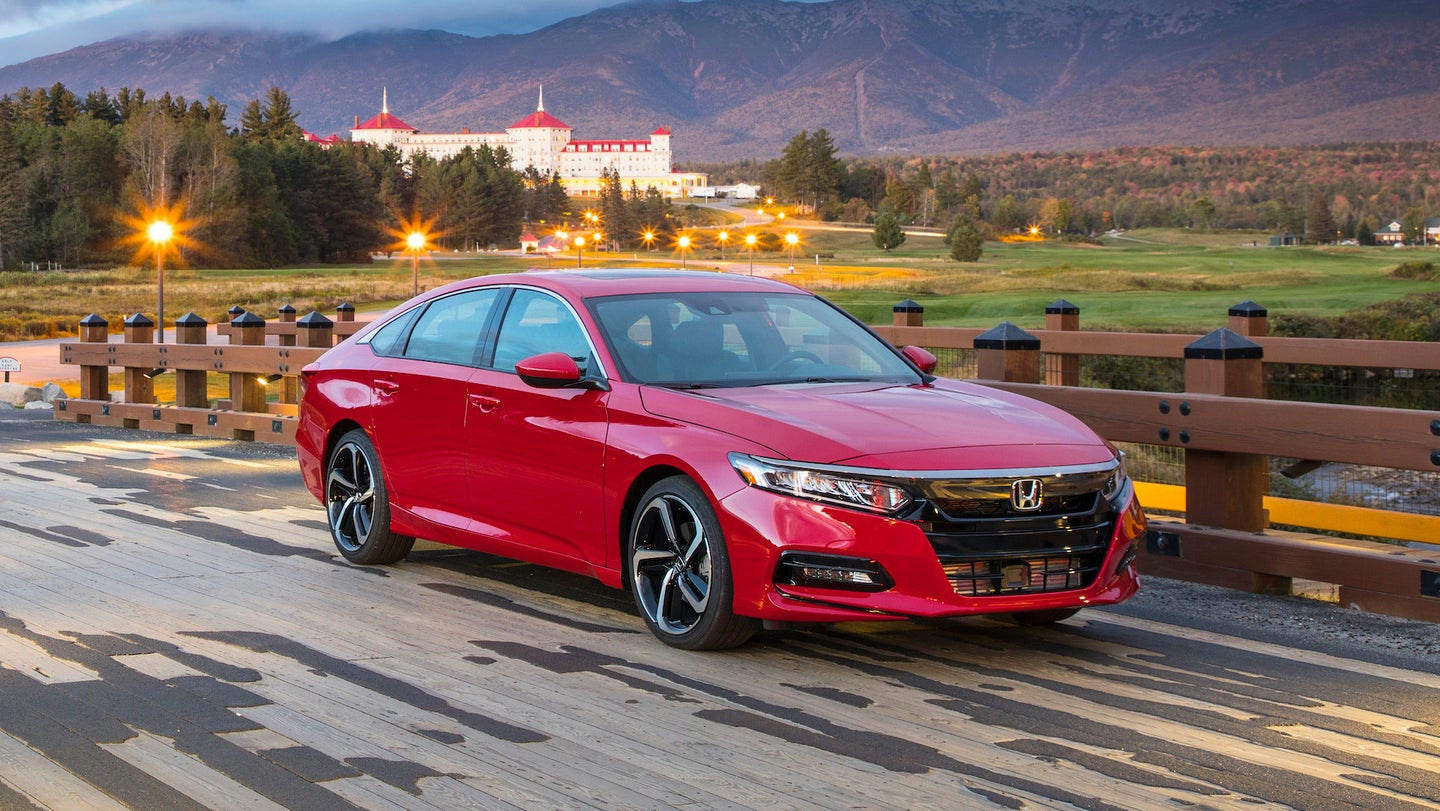 Manual transmissions and the people capable of operating them are a dying breed. Just one-eighth of vehicles sold in the United States today are available with a three-pedal option, and choice on the used market is getting so slim that there's even a website to help people find stick-shift cars. Even Honda, whose manual boxes are the stuff of legend, has found it tricky to sell manual variants of its staple models, like the Accord, which Honda confirmed Friday will only be offered with an automatic transmission moving forward.

With Ford pulling the plug on the Fusion and Mazda yanking the stick-shift option from the Mazda6, the Accord has lately only had to share the midsize, front-drive manual sedan market with the Kia Optima (soon to be the K5), though even weak competition hasn't driven noteworthy sales. Honda says that over the last several years, just one to two percent of Accords sold in America were equipped with the manual. Hence, it wrapped up production of manual 2020 Accords last December and kept the submodel on Death Row until its sentencing today.

Honda will continue to offer three-pedaled cars in the U.S. in the form of the Civic, whose slick six-speed will continue to be available on many trims for the 2021 model year. A redesign of the venerable compact, however, is expected to arrive as soon as next year, and along with it an updated Type R. Said to feature an electric motor on each rear wheel and the same engine as today's Type R, the new model is expected to make around 400 horsepower, though whether it too will retain a six-speed manual remains uncertain.

As this guy proves, it’s the perfect ride to take through a decommissioned desert mine.

This Site Tracks Down All the Cars With Manual Transmissions Under $5,000

No more wasting time setting filters—it does it all for you.