This is the Best Honda Pacific Coast 800 Motorcycle Ad Ever

If it’s even half as good as the ad says, this is an amazing bike. 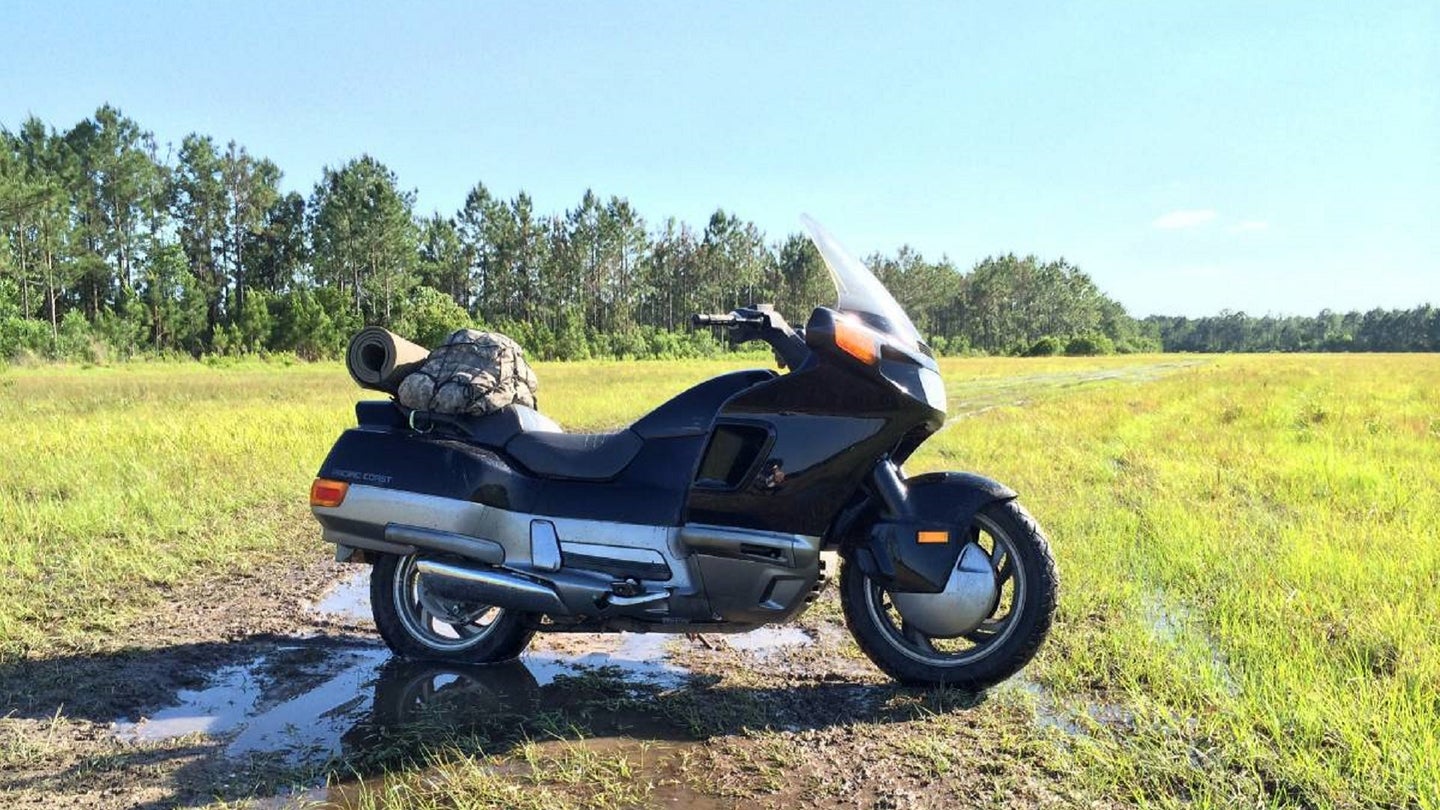 Honda's Pacific Coast 800 was a motorcycle built for non-motorcycle riders. As a result, only about 12,000 were sold during the model's entire on-and-off run between 1989 and 1998.

"This bike was marketed to middle-aged, middle-class white guys," says this rather colorful Craigslist ad, "So you rarely see them on the road."

If the ad is accurate, this has to be the greatest PC800 ever. Having owned one of only 50 or so 1998 models myself (why, yes, I am a middle-aged, middle-class white guy), let's give the bike in the ad a reality check.

This particular bike is either a 1992 or 1993 model. The seller isn't certain what year, despite this information being embossed on the head tube along with the VIN.

"What I do know is that every time I pass your girlfriend on this, she gives me the same look of arousal that can only be compared to the look my junior year homecoming date gave me after I shotgunned an unhealthy amount of Keystone Light in a Walmart parking lot," the seller wrote. Good enough for me.

The PC800's most unique feature is its trunk. The top rear section of the bike, including the passenger seat, opens forward like a car trunk to reveal two spacious storage compartments on either side of the back wheel.

"Don't let the smooth curves fool you," states the ad. "She can easily fit two cases of beer (plus ice) in the trunk." That's absolutely true. I transported beer in my PC800's trunk on many occasions. Even better, there are drain plugs in the bottom of each side that you can remove to drain the water out after the ice melts. "Plus if you "accidentally" drive through a river, everything will stay dry, or so I've heard."

The bike was originally equipped with a vacuum-operated fuel petcock that was prone to failure and frequently replaced with a simple T-connector, as it was on my bike.

Another selling point in the ad is that whatever you do with this bike, it likely hasn't been done before.

"It's like being the coolest kid in the Chess Club—it takes practically zero effort," the seller wrote.

Yet another point that the ad gets correct is that the PC800 is "...the epitome of over-engineering. Hydraulic lifters, hydraulic clutch, shaft drive, and a double insulated engine." It was designed to be extremely low-maintenance, and aside from it being difficult to find parts when you do occasionally need them, it succeeds.

This creative seller is asking $3,000 for the bike. That's the same as my asking price on my own PC800, so it's right on target. But perhaps this is the best motivation of all to buy his bike: "If you're the lucky man (or woman, I'm as progressive as everyone else) who buys this from me, and you send me a picture of yourself jumping the bike at least 8 inches off the ground or somehow doing a wheelie (no passengers allowed), I'll personally buy you a dinner for up to $100."