This Craigslist Honda-Ford Hybrid Is An $850 Homemade Trike

This 1985 Honda V65 Sabre with a Ford Aspire grafted to the front can be yours for hundreds less than an iPhone X. 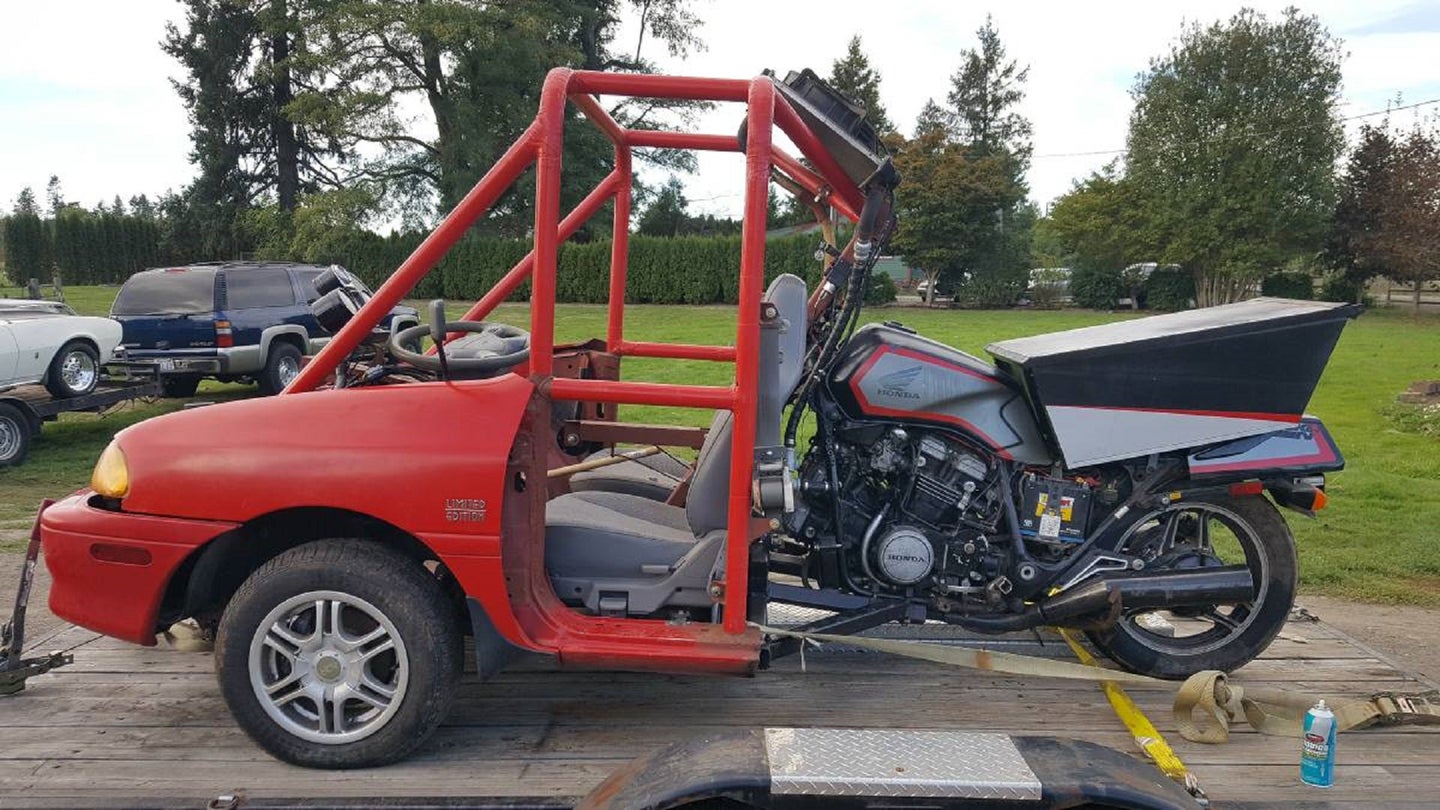 If you were one of the millions of people who stayed up to pre-order Apple's latest and greatest palm pilot earlier this week, let me draw your attention to something that doesn't cost quite as much as the new iPhone X but is likely just as superfluous.

Spotted on Craigslist with an exceptionally reasonable asking price of $850 is a 1985 Honda VF1100 motorcycle (also known as the V65 Sabre) with the front end of a Ford Aspire. With the motorbike portion providing drive from the rear and the Ford section dedicated to steering, this Japanese-American Siamese creation can be likened to a Can-Am Spyder trike with even more curb appeal.

According to the seller, the Forda V65 Aspire Franken-trike needs a new battery but runs fine otherwise. Regarding its origins, the Craigslist post simply says, "Old guy that built it wanted something different, it is." We've reached out to the seller for more details on this thing's history and will update this story if we hear back.

For sale in Vancouver, we predict this to make one hell of a conversation starter for whoever decides to pick it up.

When new, the 1,100cc engine in the Honda V65 produced 121 hp. The thrust in this particular example will likely be hampered by its age, and y'know, the Ford-head attached to the front of it.

This is our kind of hydrogen power.