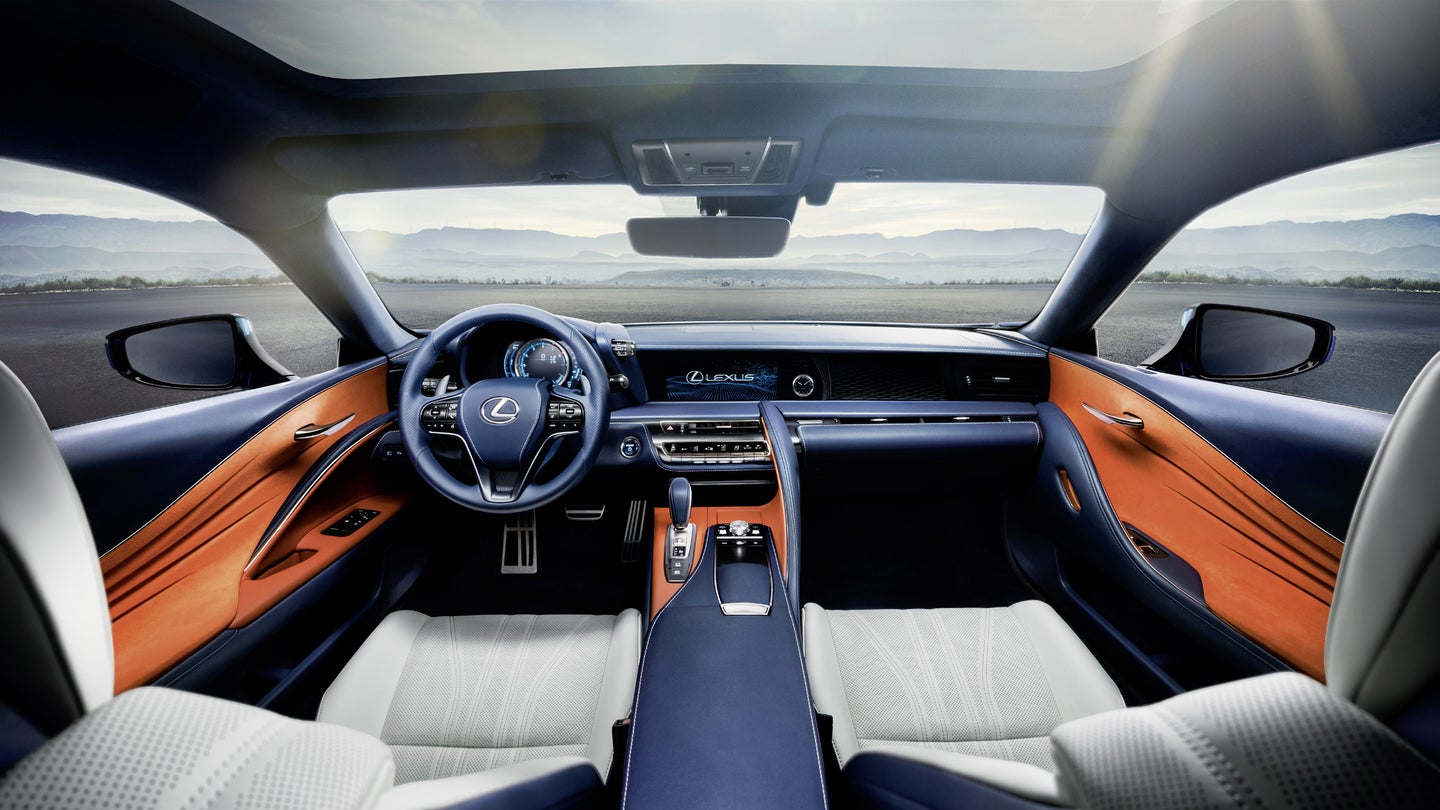 Every year for the past seven years, WardsAuto has acknowledged automakers for their excellence in interior craftsmanship. This year, 31 vehicles were nominated, of which 10 were selected for the prestigious Best Interior award. Three of this year's winners—Honda, Lexus and Mazda—returned to once again take a spot on the Wards list, having won before in the last seven years.

While the best interiors typically belong to cars made of luxury marques, there are a few entry-level manufacturers on this year's list, including Honda, Mazda and Subaru. Each car interior is unique in its own way, but all are judged based on aesthetics, comfort, ergonomics, use of materials, and electronics.

Many of this year's winners have also been praised for features beyond their interiors by other automotive publications. Newcomers such as the Giulia, LC 500, and Continental all received acclaim for their exterior design as well as their driving capabilities, so it's no surprise they made it to Ward's list.

Here's what WardsAuto had to say about each car, and why each made its way into the winners' circle.

From the F1-inspired steering wheel and creamy leather seats to the matte-finish genuine walnut trim on the doors, instrument panel and stylishly arrayed center console, the Giulia does its Italian design heritage proud. WardsAuto editors rave about the expertly applied metallic accents, outstanding build quality, artistic lines, the intuitive control screen that blends neatly into the instrument panel and the tidy white stitching that sweeps across the soft-touch black IP and upper door trim.

Bentley lands its first Wards 10 Best Interiors win with the Bentayga, a cabin that sets the standard for ultra-luxury SUVs. This is Bentley’s first ute, but its lavish and functional interior suggests the British automaker unleashed its best designers to integrate ideas and themes they had been pondering for years. Massaging seats, a state-of-the-art infotainment system in both rows, a $4,700 Naim premium audio system, top-notch driver-assistance features and a lovely fold-out leather bench seat ideal for polo-match tailgating make the Bentayga undeniably appealing.

Honda has earned Wards 10 Best Interiors trophies in past years for its Civic, Fit and Odyssey, and this year the CR-V, America’s best-selling utility vehicle, lands in the winners’ circle with a cabin that is upscale, clean, functional and supremely well built. A cargo hold that can accommodate four suitcases, a slick center console with a movable tray and two USB chargers in the front and two in the rear suggest the design team overlooked nothing in taking the CR-V interior to a new level.

Looking to the future, Lexus creates a dramatic new design language with its new LC 500 coupe that promises to win Toyota’s luxury brand serious consideration among well-heeled buyers of exotic sports cars. The muscular, low-slung exterior is reinforced once the doors open and reveal a cabin appointed with carbon-fiber scuff plates, grippy high-shoulder leather seats and Alcantara microsuede overhead. We always knew Lexus was capable of a breathtaking interior like we see now in the LC.

Ford’s Lincoln luxury brand is counting on its new Continental flagship sedan to lead a resurgence for the brand. Its gorgeous interior surely will help its fortunes, with soft ambient lighting that glows at night, reconfigurable gauges, supple Alpine Venetian leather seats and a cavernous second row. The Line Validation Center at the assembly plant in Flat Rock, MI, conducts a “white glove” test to make sure no seam is askew in the new Continental, and this attention to detail shows in the rich multi-colored grain of the real “Silver Wood” used throughout the interior; thigh bolsters that can extend one leg at a time; the 2-tone steering wheel carefully stitched; and the decorative soft panels trimmed in chrome (and lit at night) on either side of the center console – a space between the knee and foot that usually gets little design attention.

Alfa Romeo isn’t the only Italian marque appearing on this year’s list. Its corporate sibling Maserati arrives with the Levante, a sporty CUV with a crafted interior that is a fascinating blend of premium brown leather, sumptuous Ebano wood, distinctive white stitching, minimal brightwork and “Zegna edition” silk fabric, which feels as durable as industrial-strength denim. Derived from Maserati’s Ghibli platform, the Levante clearly is configured for the driver, with easy-to-reach controls, a user-friendly UConnect infotainment system and large gear-shift paddles fixed in place like in an F1 car, in case there is any question about how the Levante is to be driven.

Mazda won a Wards 10 Best Engines trophy earlier this year for its new CX-9 3-row CUV, and now the brand can add a 10 Best Interiors award to its trophy case. The near-luxury CX-9 does everything a 7-passenger ute should do – haul people comfortably, accommodate lots of cargo, rise to the occasion for a long road trip – with style and grace. This is the kind of upscale versatility that makes utility vehicles so popular in America. Editors praised the CX-9 for its textured knobs and dials; comfortable third row; limited use of chrome; impeccable fit-and-finish; rubber-lined bin ahead of the shifter; knee pad along the center console; intuitive central controller and head-up display; and use of black accents against the light brown leather seats.

Mini's new Countryman compact CUV carries over many of the interior quirks that have charmed consumers, such as the airplane-like toggles and the kitchen-clock-like display screen atop the center stack. But the Countryman – the largest Mini ever – delivers something previous models could not: space. Headroom and legroom are vastly improved, comparable with high-volume entries that lack the Mini’s flair, while controls remain easily in reach for the driver.