Most other battery-powered family haulers don’t look like anything, really, so this is refreshing. 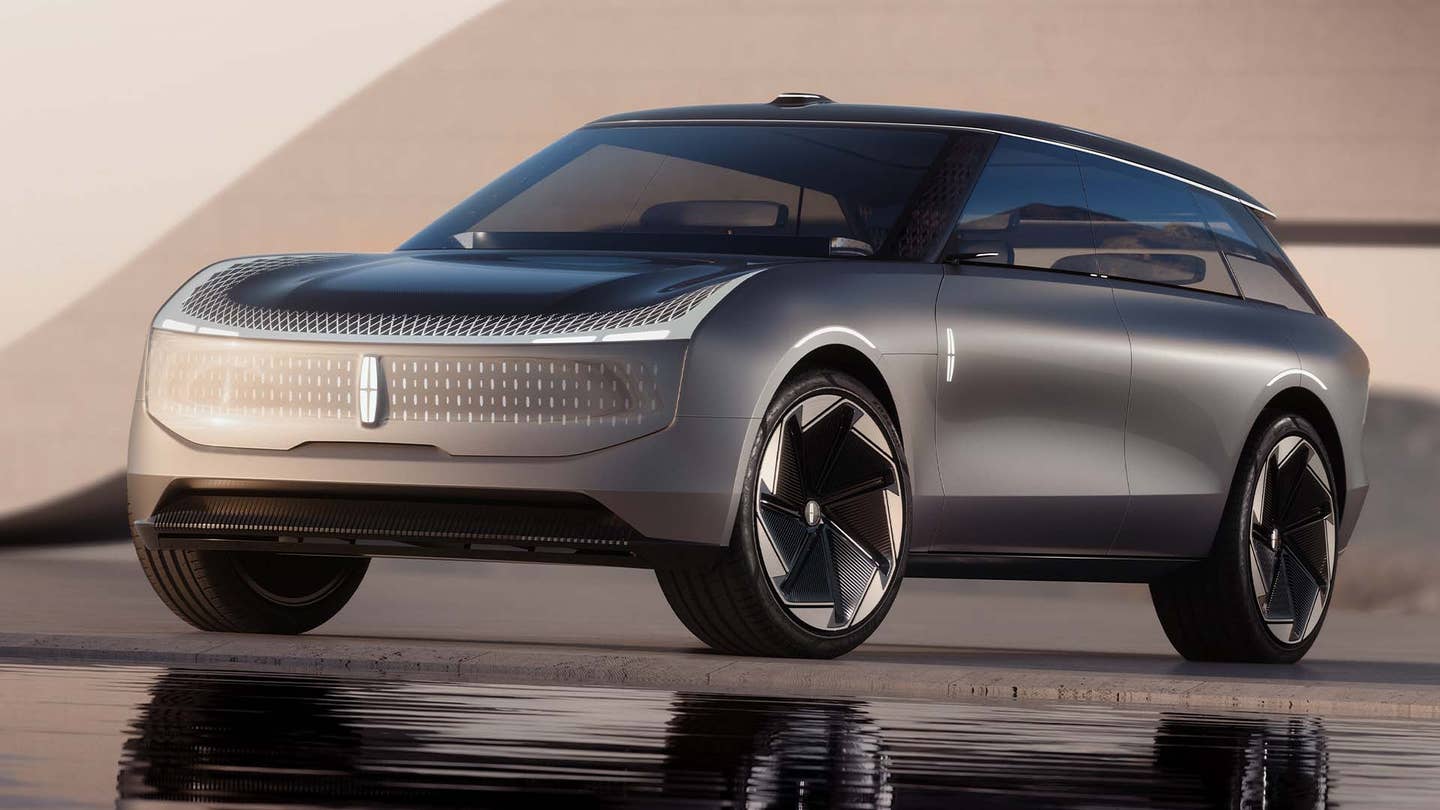 It seems like a new electric car is announced every five minutes or so, but this one's something to watch for in the next few years. It's the Lincoln Star Concept, and it shows how the legacy automaker intends to compete in the upmarket EV space. Though, where other brands are excited to spill a lot of ink over performance specs, charging time, and range, Lincoln's taking a different direction by prioritizing the luxurious and opulent side, and worrying about the rest later.

The Michigan automaker's battery-electric concept introduces a new design language that previews what its future vehicle lineup will look like. In fact, when it says "future," Lincoln means quite near. Its aim is to sell three new EVs by the middle of this decade with a fourth by 2026. They'll all possess what the marque calls its "core tenets of beauty, human, gliding, and sanctuary." In a quick sentence: each vehicle will be elegantly styled inside and out while taking advantage of an EV's quiet properties to create a serene place to both chill out and re-energize. At least, that's the goal.

On the outside, this concept is rather dashing. I saw it in person at the launch event and it possesses some beautiful lines, features some neat lighting accents, and is an overall good-looking package. Lincoln's even gone one step further by channeling some aeronautical vibes like it's done with other recent vehicles, and giving the Star a general teardrop shape. It has presence like all concepts ought to, and if whatever goes into production carries over at least 60 percent of its design, I'd call that a win.

One particular element that stood out to me was that Lincoln utilized electro-chromatic glass across the top of the hood, which darkens to hide items in the engine-less frunk, but clears up and introduces more light into the cabin, bolstering the feeling of serene airiness.

In fact, Lincoln seemed proudest of the strides it's making in boosting overall interior luxury. This became clear when it detailed that it's not concerned with maximizing the amount of passengers, but rather the space that four occupants can enjoy. While I didn't receive any official figures, Lincoln devoted a lot of time to explaining that maximizing legroom and overall space for a quartet was key. The Star Concept also includes the ability to swivel the front seats around and face the rear passengers, all in an interior that's thoroughly adorned with leather, crystalline, and other substantial, high-quality materials. Cool stuff indeed.

Lincoln says relaxation is key to its brand, and nowhere else is this physically more impressive than at the bottom of the Star's tailgate, of all places. According to the car company, it possesses "a reimagined rear cargo space featuring a lounge mode that transforms into a cozy, indulgent outdoor seat." Others have done neat stuff to boost tailgate seating comfort, but not in this Herman-Miller-lounge-chair-looking way. Ironically, Herman Miller is also a Michigan-based company—I'm wondering if Lincoln's designers might've factored that in.

Finally, the Star Concept has what Lincoln is calling rejuvenation modes, which it states "sequence harmonizing audio, scenting and lighting throughout the cabin." Think BMW's Caring Car, but with a lot more going on. What this means is that occupants can select one of three modes to help calm them down, re-energize, or unwind. There's Coastal Morning, which alters lighting and digital displays to mimic an early stroll on the beach; Mindful Vitality, which is meant to invigorate you by playing upbeat audio and displaying abstract artwork on the interior's large screens; then Evening Chill, which, well you get the idea—lighting, music, and nighttime scenes. All of these waft a light scent to match the mood, too.

I had a chance to experience this slightly firsthand via a virtual reality headset in a foam-formed model of the Star Concept's interior. Unfortunately, there wasn't any opportunity to sit in an empirical, near-production interior. With the use of open space, lots of electro-chromatic glass, massive and comprehensive digital screens, wild dynamic lighting, and other opulent features, this could be a really cool next step for American-designed and engineered luxury automotive tech.

That latter bit might've been what I most took away from Lincoln's presentation. Between all the fluff and hype that's often on blast at events like this, there was an overarching theme of pride in wanting to be at the forefront of EV luxury, both in selling a premium product and offering a very tailored and premium service experience. That's quite cool coming from a domestic manufacturer.

Lincoln did a short presentation on its history, and pointed out a lot of neat things that it's done since its founding 100 years ago. However, comparatively, there wasn't a whole lot shared about what it's been up to since the Navigator debuted in 1998. With the introduction of the Star Concept as a legend to guide Lincoln's movements from here on out, this could be its chance to truly challenge the historically far more opulent European brands and show 'em that good ol' American ingenuity can get in the ring and box, too.