The Renault Morphoz Concept Is An SUV That Stretches On Demand

The car can stretch and shrink itself to meet changing driving needs. 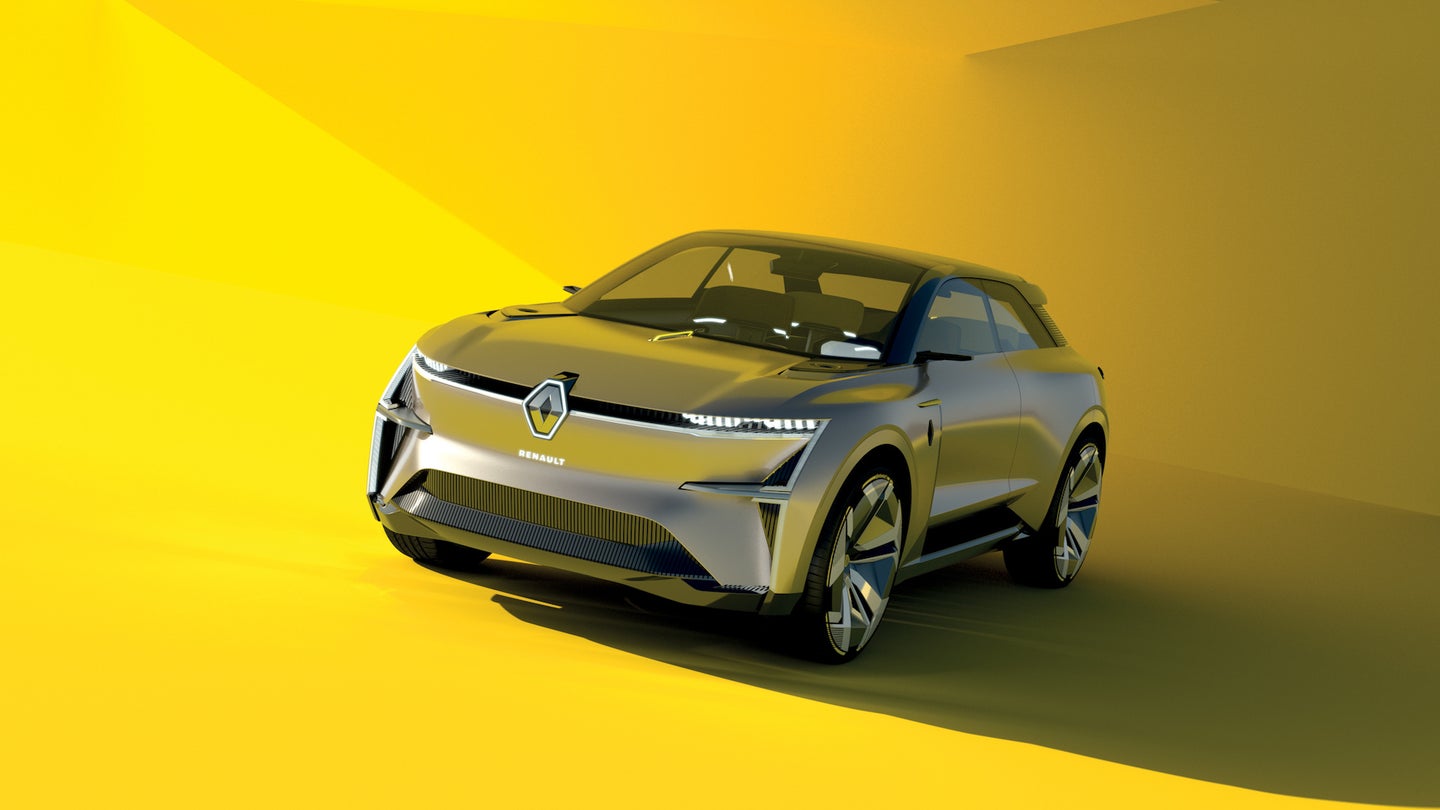 When most people buy a car, their goal over the course of ownership is to keep it in the same general shape that it was when it sat on the dealer's lot. Renault doesn't share the sentiment, as its new Morphoz electric concept vehicle can shrink or extend itself to accommodate various driving scenarios ala Stretch Armstrong.

The Morphoz can operate in one of two modes: City or Travel. In City mode, the Renault’s wheelbase shortens and a smaller battery powers the vehicle. Travel mode stretches the wheelbase, pushes the hood forward to the point of the A-pillar, and the rear slides back to allow more luggage space. Renault’s plan is that, for longer trips, owners will drive the Morphoz over a charging station that is recessed into the ground, which will automatically install an additional 50kWh battery pack. The total range after that shapeshifting is said to reach upward of 435 miles.

The video below is using renders and computer graphics to illustrate the point, but if anything reaches the road even remotely resembling the Morphoz, it will be a total revelation.

The car responds to its driver's greeting and appears to stretch with a wave of the person's hand. The interior, though finished in an extremely loud color, looks relatively familiar. There’s a (very odd-looking) steering wheel with four somewhat conventional seats inside, though the front seats can swivel around when the Morphoz is set to Share mode.

The Morphoz isn’t considered a self-driving car, though Renault says it will have level 3 autonomy—handling itself in most scenarios, but may require a human to step in at times. Renault’s visions of an electrified future may be a bit far-fetched at this point in time, but the platform and underpinnings of the Morphoz are far from fantasy. The CMF-EV platform that rides under the Morphoz came from the Renault-Nissan Alliance and should form the basis of Nissan’s future EVs and concepts.

Of course, since this is a concept, we’re not likely to see anything exactly like it on the street soon. Renault said that we will see elements of the Morphoz design language in other vehicles going forward, as the company plans to include the concept’s lighting setup in future vehicles, but morphing and changing its design is still a future that'll take some decades to become reality, if ever.