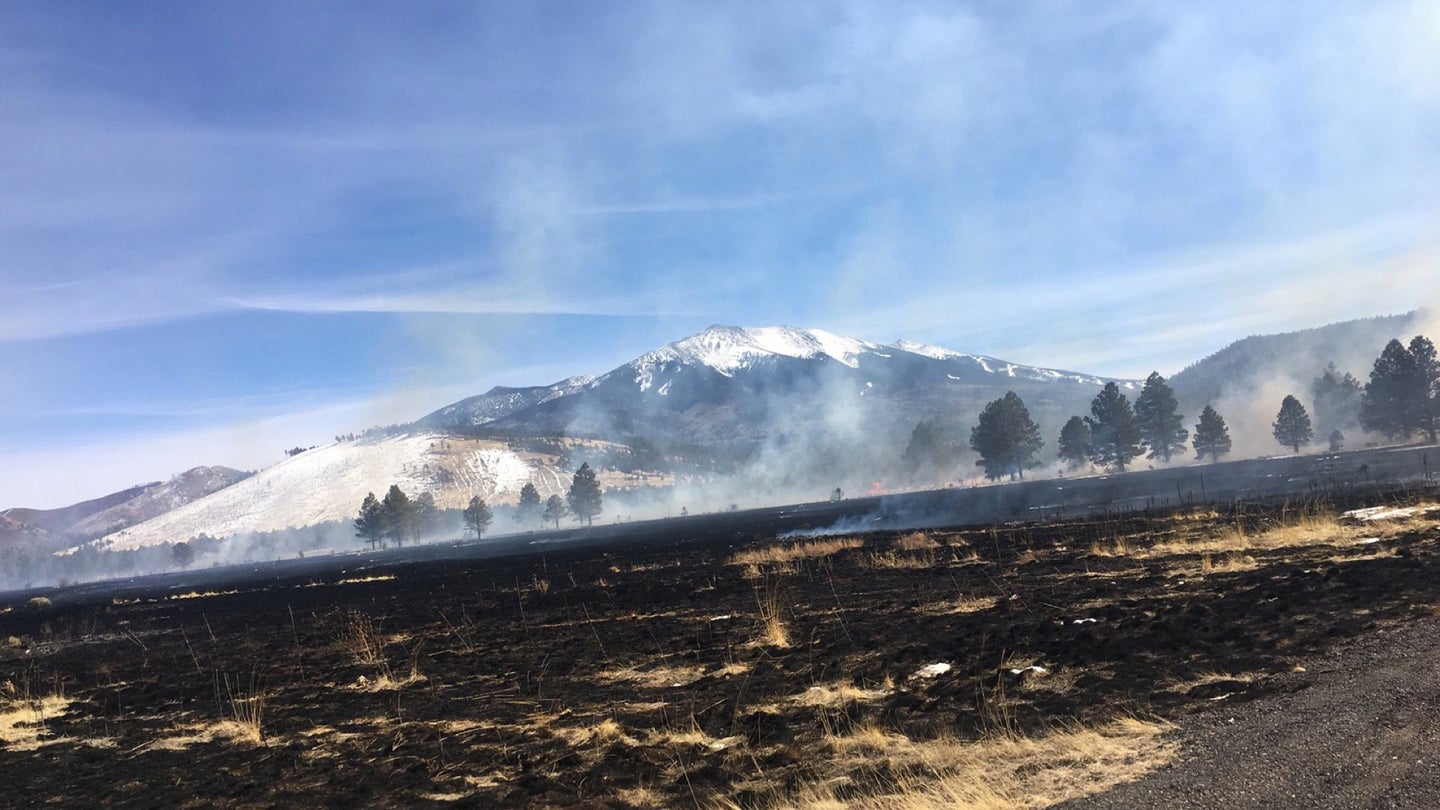 There was a time when we hoped that drones were here to help extinguish wildfires. And that time could still be upon us, but for now it appears that drones have risen to the top of Smokey the Bear’s most-wanted list. Well, perhaps in third after discarded cigarettes and reckless teenagers on the Fourth of July.

Amidst the tragedy of the recent California wildfires, drones flown by people attempting to capture aerial footage were a great nuisance to airborne firefighters trying their best to tame the raging flames.

And now, adding literal fodder to the pesky drone fodder, earlier this month a drone in Arizona caused a wildfire. The Arizona Daily Sun reported that a hobbyists drone crashed a shave north of Flagstaff into a high risk patch of dry land and combusted into flames.

The blaze ran through 335 acres of forest before it was thankfully contained by 30 firefighters within the span of a day.

The U.S. Forest Service’s final update said, “Several Forest Service engines, patrols and a water tender truck from Summit Fire responded to a smoke report from a drone on fire north of Flagstaff at approximately 12:35. The fire began near Forest Road 514 & FR 524 intersection by a drone which caught fire upon landing. The fire was reported as 50-acres in size upon the firefighter’s arrival.”

No further information is publicly available about the make of the drone, but local news sources stated that law enforcement had identified the pilot.

While this is the first known drone crash that resulted in a fire of this caliber, Arizona has seen its share of drone problems as well.

The Coconino National Forest website clearly stating, “Flights in security sensitive airspaces, and over National Parks and Monuments are prohibited. Flying near fire operations puts firefighters and communities in danger. Even if a TFR has not been declared for a fire or emergency incident, do not fly near it.” But despite the warning, a man was arrested for doing just that last year.